Independence Day is a National day in Nigeria and one of the best Nigerian holidays, both for what we celebrate and how we celebrate it.

Did you know that 4th of July is a national holiday in the United States to commemorate the adoption of the Declaration of Americans Independence in 1776? Now you know.

Every October 1st, which is Nigeria’s Independence Day, will always be a red letter day on the minds of Nigerians both old and young. As it’s a remarkable day in Nigeria’s history.

Irrespective of diversified ethnic tribes, there’s always a unified celebration as those home and abroad unitedly celebrate this historic period of Nigeria’s Journey as a great Nation. 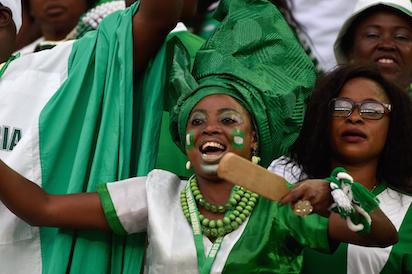 In the course of reading this article, you would be enlightened on how it is been celebrated, various preparations made as a group and as individuals.

Here’s the big question, why do we celebrate Independence Day in Nigeria? Grab your seat, relax and you join me on this interesting trip, as I would be giving you details on;

Credits to our past heroes who fought effortlessly for freedom from the British rule during the pre-colonial periods in the history of Nigeria.

The Independence day celebration is always a period of festive and historic mood. Excitingly, this year’s celebration would hold on Tuesday, 1st October 2019.

Who is excited? I am though I would avoid holing up at home but rather join over 200 million patriotic Nigerians in this year’s 59th Independence Day celebration in Nigeria.

Over the years, the Independence Day celebration is ceremonially celebrated and it has not changed till date.

Although, with different administrations in power, one can say new activities would be introduced unlike in the 1960s. 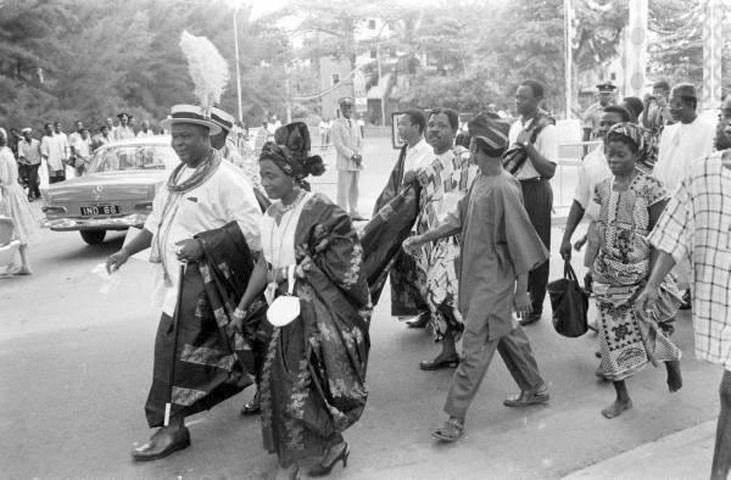 Back then, on Saturday, October 1st, 1960, the Nigeria Independence Day celebration was fun-filled, from the fantastic memory-etching performance of the dance troops to the display of beautiful fireworks that lit up the sky, masquerades performance, acrobats and state banquet among others.

It most indeed has been a beautiful sight to behold for all who graced the remarkable occasion. As expected, the then nation’s capital Lagos had its environs flooded with dignitaries where they all mingled and danced together. 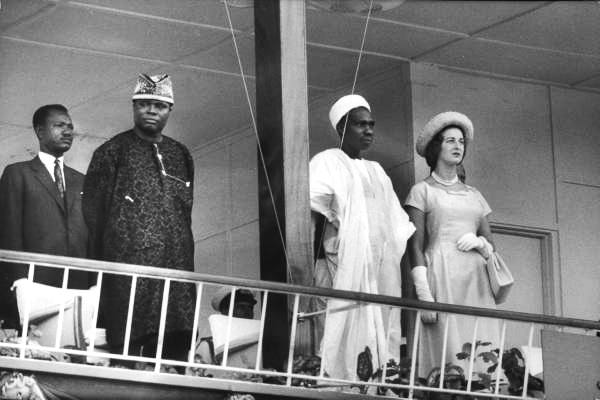 Many Nigerians back then in 1960 who don’t own home appliances like Television sets and want to experience the whole show headed for Tafawa Balewa Square.

These ululating Nigerians flooded Tafawa Balewa Square Lagos, to be part of the exciting and joyous celebration, while security personnel mounted places across the square to provide security.

Here’s a brief roll call of attendees on our first Independence day held on October 1st, 1960;

In our present-day Nigeria, the Nigeria Independence Day is celebrated both in the Federal Capital Territory Abuja and all the 36 states and capitals in Nigeria.

A live broadcast of the President’s speech is aired on various television and radio stations within the country and some international broadcasting companies, indicating a commencement or grand opening of the Independence Day celebration.

In respect to the speech, it’s a sign of a kick off whereby there’s a flag hoisting in honor of our great Nation Nigeria replacing the British union jack on the pole.

There’s the beautiful parade of the armed forces and various paramilitaries, you need to see how these men march with confirmed uniformity. 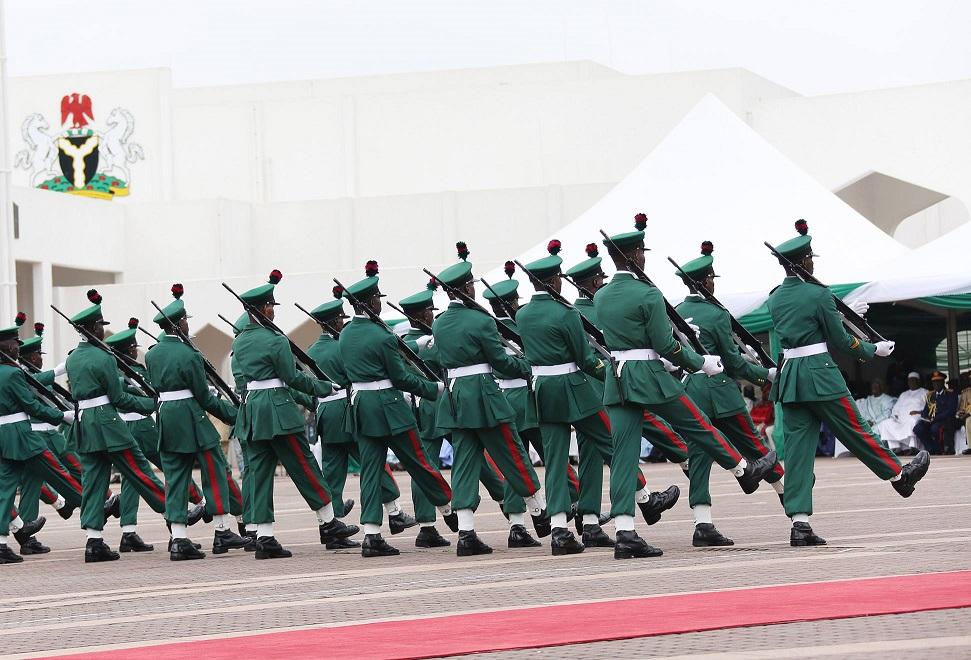 It is without a doubt to reveal our cultural heritage, as the stage is mounted by various cultural dance troops displaying Nigerian culture.

You would be engrossed in their performance as one gets carried away and somewhat joins either by nodding your head or even shaking your body, you need to be there!

Why don’t you make plans to attend the 2019 Nigeria Independence Celebration as it promises to be more fantastic!

On this remarkable day, honor is paid to the heroes and heroine, the freedom fighters who collectively fought for the independence of Nigeria from the British colonial masters.

Also Read: 15 superheroes in Africa you should know

Nigeria has had a couple of patriotic citizens who have in one way or the other made significant impacts in the development of Nigeria.

For the benefits of our over 200,000 monthly visitors, here is a list of past heroes in the history of Nigeria, who would always be remembered on Nigeria Independence day.

It is also good to note that some of these heroes have their portraits adorned on our present day Nigerian currencies. 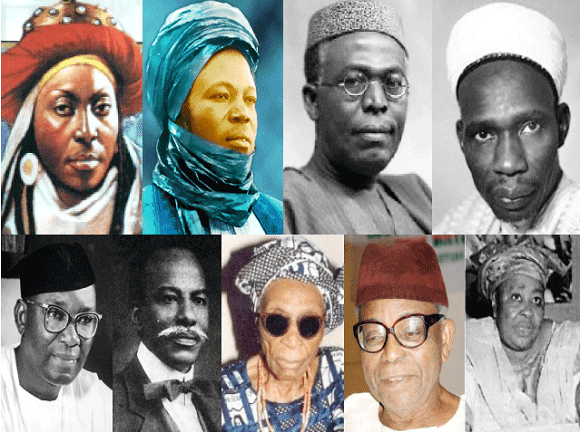 One fantastic leaf I’d love to draw from these past heroes and heroines is the fact that their good name remains in the hearts of people.

It would be fair enough to honor them in their absence, no wonder a stanza of our national anthem says “the labor of our heroes past would never be in vain”.

You will agree with me that, Nigeria Independence day means a whole to Nigerians both at home and abroad. As a matter of fact, the celebration is seen as an ideal platform for national integration in Nigeria. 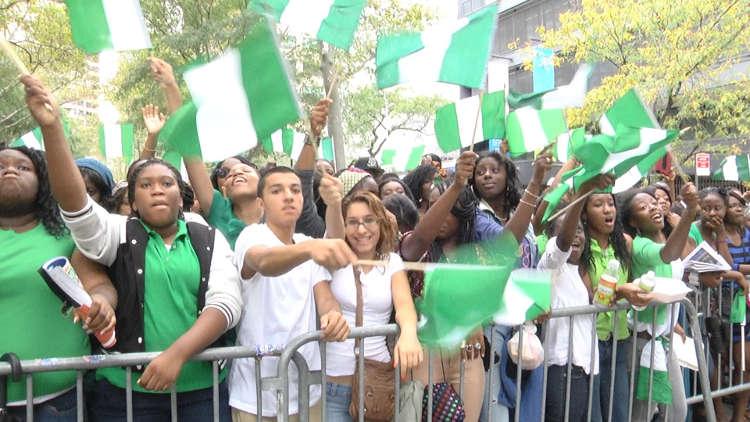 The young ones are not left out on this remarkable day, they also contribute their quota as they’re the leaders of tomorrow.

These children are prepared in their various institutions of learning to participate in the Independence day celebration.

The children participate in well-rehearsed march past, cultural performances and also adorning themselves in lovely attires, with a dress code of Nigeria flag colors, green-white-green. 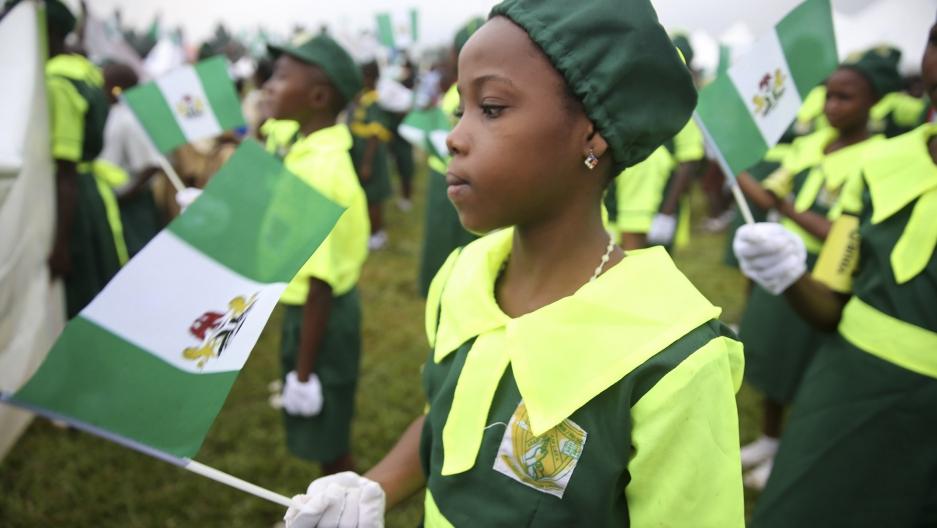 The goal is to imbibe it in the minds of these children the importance of our history, how different cultures came into existence and most importantly, emphasis is made on the unity of Nigeria, and the need to live in peace and as one Nation.

Prior to this day, Nigeria was a colony of Great Britain, until it proclaimed her independence on October 1, 1960.

Unfortunately, the end of British rule came forth, as they don’t have the choice other than to grant Nigeria her independence.

We recently posted on our site a detailed but brief history of Nigeria pdf from 1960 till date, check it out and you can download for offline use.

“He who searches for pearls must dive below”. – John Dryden

A man travels the world over in search of what he needs and returns home to find it.

I agree with George A. Moore on that. How exciting you would be to find important and interesting dates in the history of Nigeria on our site www.oadsom.com.

Yes, Nigeria has a gone through a lot, from slavery to amalgamation, colonization, civil war, military rule, and more…

The question is; what are we really from? Independence or an illusion of freedom?

Here are some important dates in Nigeria’s history.

The British annexed Lagos Island and turn it a British colony.

The first governor of Lagos colony was appointed, in the person of Mr. H.S. Freeman.

The only woman representative named Flora Shaw, who was a British journalist who covered anti-slavery conference held in Brussels, created the name Nigeria.

Also that same year in 1897, the last man standing as an independent king in West Africa, Oba Ovonramwen was overthrown.

The British gained the power to rule over northern and southern Nigeria protectorate.

Nigeria became a colony and protectorate of Nigeria. Lugard Fredrick orchestrated the amalgamation of Nigeria.

The inflation of taxes and deflation of prices for exporters led to a demonstration by way of a riot.

The adoption of the federal system of government gave way for the creation of governorship position across the regions.

Establishing the Nigerian navy, while the Federal government controls the Nigerian armed forces. Also in that same year but on October 27th, the British agreed on Nigeria becoming an independent nation after several deliberations.

Elections were held in preparation for the nations Independence Day celebration and Nigerian currency was then introduced.

Quick Read: The Nigerian Profile at a glance – Quick facts to know.

Three months before Nigeria got her independence in the year 1960, history has it that Aderemi Adesoji became the first Nigerian and first African to be appointed as a Governor in the month of July, becoming the first governor before Nigeria’s independence.

October 1, 1960, was stipulated for Nigeria Independence day celebration, a remarkable day that Nigerians celebrate every year.

Nigeria experienced her first republic as a nation under the British parliamentary system.

It was in this year that the NSE’s official work commenced, though it was founded in 1960 as Lagos Stock Exchange.

The North People’s Congress made an alliance with NCNC for the control of the federal government while violence engulfs in the western region dominant party AG. This led to the splitting of the Action Group party.

Riots in the north against the Igbo minorities living in the north; the death toll is nearly 30,000 people.

Aguiyi-Ironsi became the first head of the federal military. Learn more about the first military head of state general.

Some states in the eastern region formed the Republic of Biafra. Read the detailed history of civil war with Biafra here.

Nigeria was ousted by Yakubu Gown, Olusegun Obasanjo and others; they altered the constitution and thus created 19 federal states.

The federal government established NYSC. Are you a corps member looking for loans?

General Yakubu Gown was ousted out of office in a coup.

Murtala Mohammed was killed on his way to work.

Alhaji Aliyu Shehu Shagari won the election and Olusegun Obasanjo handed over power to him peacefully on October 1st, 1979 through December 31st, 1983, this marked the second republic of Nigeria.

Learn more about Nigerian governance in the first and second republic, and also key individuals involved.

There was a reduction in fuel price subsidies and state creation increased from 19 to 21 then to 30. You can check out the current population of Nigeria.

The ban on political parties was lifted. Here is the full list of all 91 parties in Nigeria, their chairman and slogan.

Formation of 9 new states, governorship elections were conducted on December 1991.

Nigeria lost some of her heroes and heroines; the likes of her first president, Nnamdi Azikiwe, and one of the women right activists, Kudirat Abiola.

There was a rise in fuel price by 338% to reduce inflation and combat corruption. Also, a Value Added Tax of 5% was introduced.

Olusegun Obasanjo, previous military personnel was sworn in as a democratic president of Nigeria.

To read more, here’ the List of past presidents in Nigeria from 1960 till date.

The Nigeria independence day celebration is indeed a celebration to reckon with. A lot has happened, lives have been lost, history has been made and we’re united.

The questions are, with over 5 decades of celebrations, have we really achieved? Has this nation developed like other countries in the world? Is this celebration of Nigeria independence year worth it?

As you think about those questions, with the hope that you’ll drop your comments in the box provided below, I hope we all have a wonderful celebration. All hail Nigeria!!!!!

Previous article
BBNaija 2019 Housemates – Facts You Need to Know
Next article
Nigeria @59 – Happy Independence or An Illusion of Freedom?