President Muhammadu Buhari on Wednesday declares June 12 democracy day. He directed that henceforth, the nation’s Democracy Day will be holding on June 12 of every year, as against the current arrangement where the ceremony holds on May 29.

Buhari has also resolved to honour the winner of the annulled June 12, 1993 presidential election, Chief Moshood Kashimawo Abiola, with the highest national honour, Grand Commander of the Federal Republic GCFR.

The President disclosed this in a statement he signed and made available to journalists. He said he reached the decisions after due consultations. He said their investiture would take place on June 12.

Apart from Abiola, Buhari said he would also honour his running mate, Alhaji Babagana Kingibe; and the late human rights activist, Chief Gani Fawehinmi, with the second highest National honour, the Grand Commander of the Niger.

Here’s the press release below: 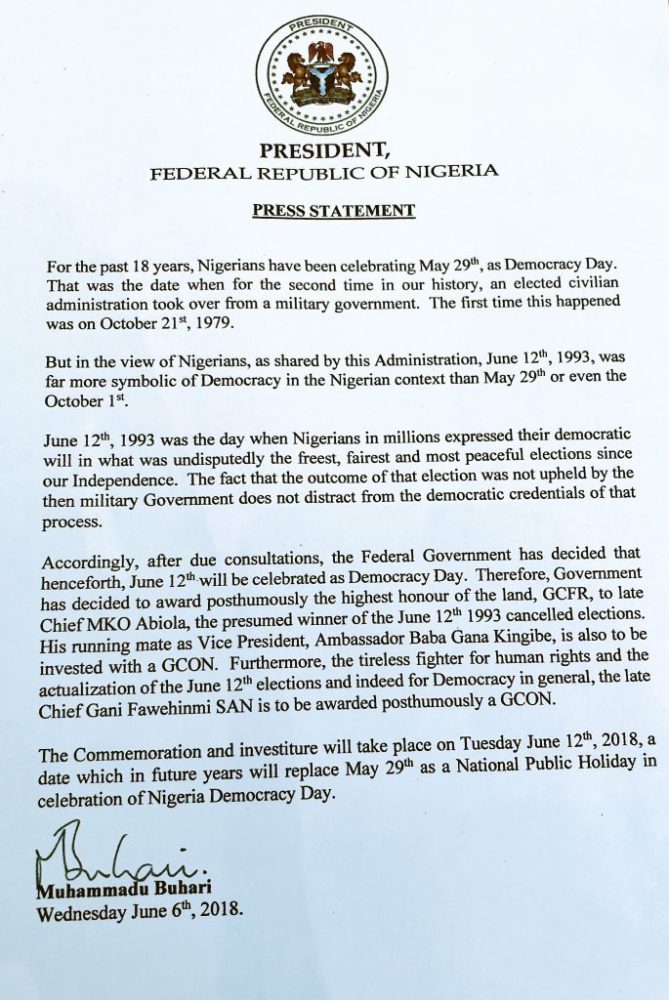 Also Read: List of all Nigerian Presidents from 1960 till date