[Latest] Population of Nigeria By States

So, what is the population of Nigeria by states?

This may seem like a simple question for secondary school students but I’m very sure that many adults can’t even recite the popular state and capital in Nigeria anthem that we were all thought in school.

With the hustle and bustle every day, it can be difficult to remember the capital of a state not to talk of knowing the total population of Nigeria by states.

Well, animals like sheep, goats, pigs, rabbits etc. can be driven crazy by placing too many in small cage or pen, but it won’t surprise you that we (higher animals) voluntarily do this to ourselves. 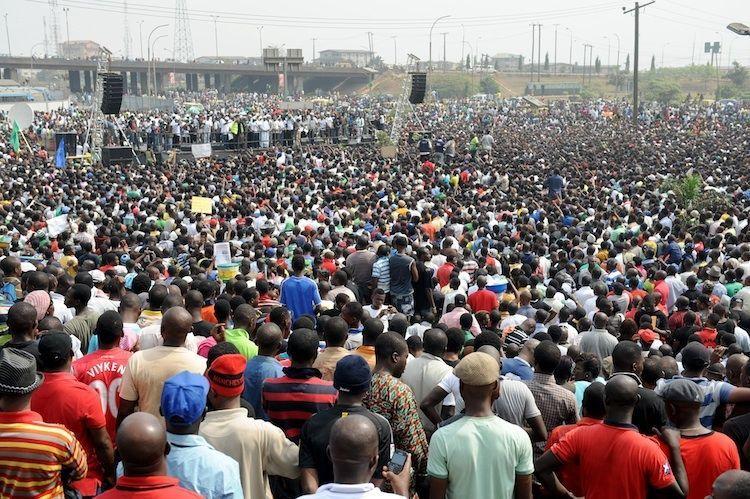 Human population, most especially population growth in Nigeria is increasing at a rapid rate and it is becoming a complex issue in this our blessed country. This has led to the creation of many prisons in Nigeria.

Nigeria is Africa’s most populous country with an estimate of over 186 million people, having more than 300 Nigerian tribes, with Hausa, Igbo and Yoruba being the major tribes.

So I hail every Nigerian tribe before I start listing the population of Nigeria by states; kedu to my Igbo people, sannu to my Hausa people, bawo Ni nnkan? Se daadaa ni to my Yoruba people. I greet you all. 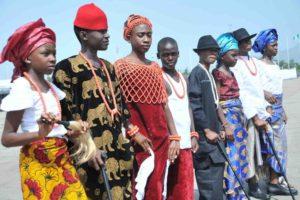 Population of Nigeria by States

Nigeria has a total of 36 states, and 774 Local Government Areas, with Abuja which is regarded as the Federal capital territory.

So the population distribution in Nigeria has been among these 36 states and Federal Capital Territory Abuja.

Did you also know that the first census was conducted in 1866 back then in Lagos, but the first nationwide census was carried out in 1921 and some years thereafter?

The last population and housing census was carried out in 2006 but normally, census ought to have a cycle of its own which is 10 years. So this means a national population census was supposed to take place in 2016 but due to the current economic crisis, it was postponed.

Well …..Thank God census is not like Joseph and Mary’s time in the bible, when they had to travel 90 miles on a cold night to their home town. Chai it is not easy…. be lyk say that one Na endurance trek o.

Before I start listing the population of Nigeria by states, I believe that we are all aware of overpopulation issues in Nigeria. I just dey pray make our case no be like China. If care is not taken, a great population explosion in Nigeria is imminent.

Children are blessings from God, so also pregnancy is not a curse. But I have seen young girls of 14, 13, 12 or even less than that getting pregnant. Abi no be so? These young girls, in most cases are not ready for the burden of child bearing.

Well… there was a time; Nigerians were told to limit the number of children to four because the present resources in the country cannot sustain the population at the rate it is skyrocketing.

What do you think? The maximum of two kids to every Nigerian parents – should this hold as a means to curb population explosion? Why not read that and let’s have what you think.

Now, let’s go to the population of Nigeria by states.

Here is detailed report on the population of Nigeria by states based on 2006 Census. The truth is; in the history of Nigeria, there’s never been a time when we have experience population explosion like this.

This report shows that the most populated state in Nigeria is Kano state but today, reverse is the case because Lagos State currently has a population of over 21 million people!

The population of the Federal Capital Territory is estimated to be 1,405,201. Also, the former minister of the FCT Ahmed El-Rufai is one of the wealthiest Governors in Nigeria.

The Map of Nigeria Featuring All States

Below, I have the map of Nigeria with states. 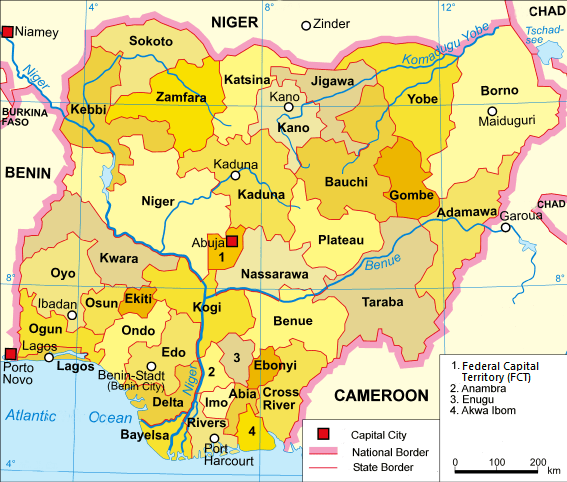 Nigeria is divided into 6 regions below:

Here’s a detailed list of state and capital in Nigeria in this post, in there you’ll find information about how each state was created.

Quick Facts About the Top 10 Most Populated State In Nigeria

Now that you know the population of Nigeria by states, let’s get some facts about the 10 most populated states in Nigeria. 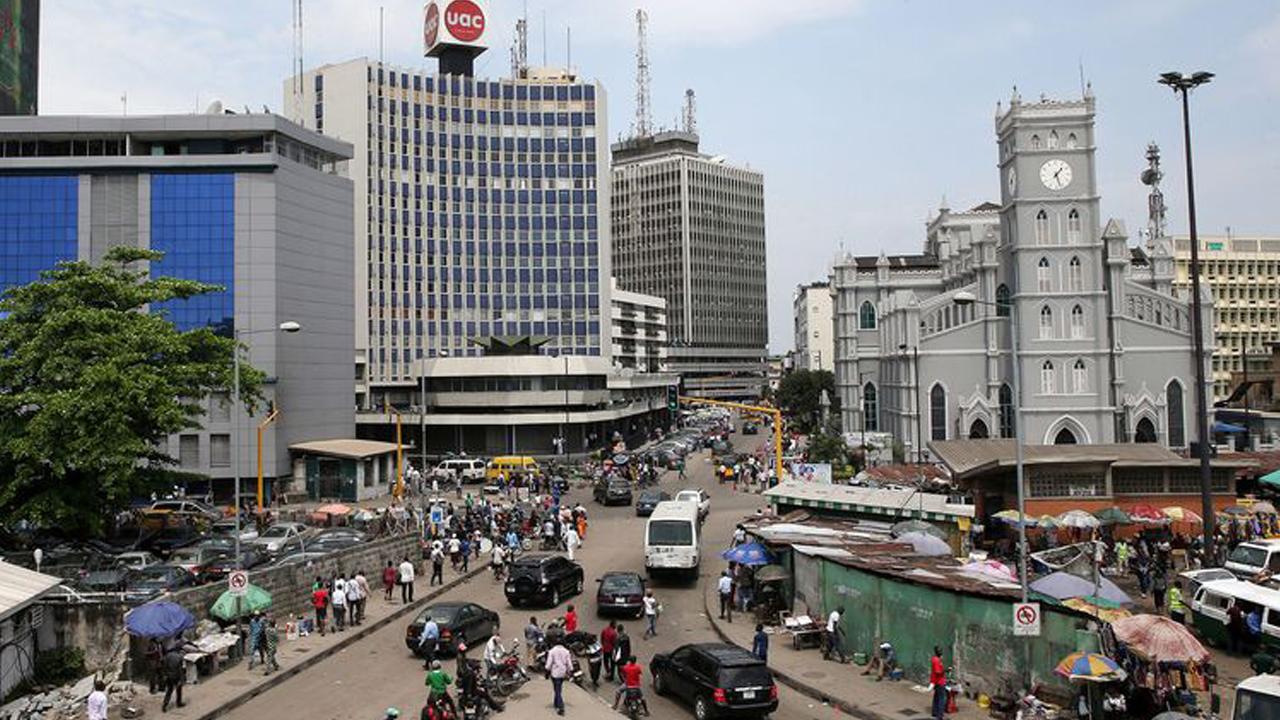 Did you know that Lagos was once the federal capital territory of Nigeria before Abuja? Read the history of Abuja – how it was created and chosen as Nigeria’s capital. 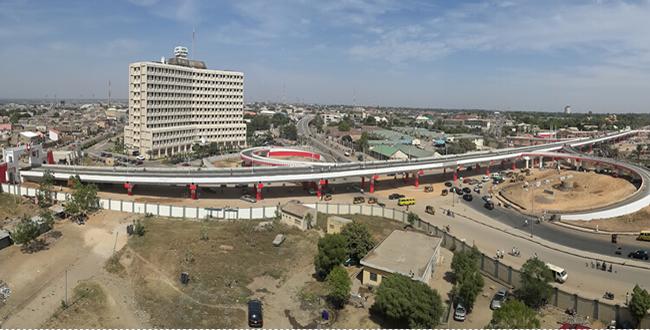 Kano state which was created in 1967 is a major producer of cotton, hides and skin, soybean etc. According to 2006 census report, Kano state had a population of 9,401,288 but now it has risen to 16 million.

Oyo State was created on February 3rd 1976. It covers 28,454square kilometers. Recent figures have it that the population of oyo state is about 15 million people. 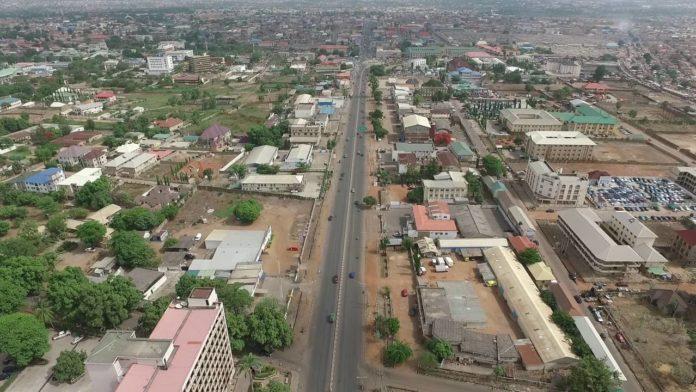 Kaduna state having a population 6,066,562 inhabitants based on last census report, and 23 Local Government Area is a leading industrial city in the nation. 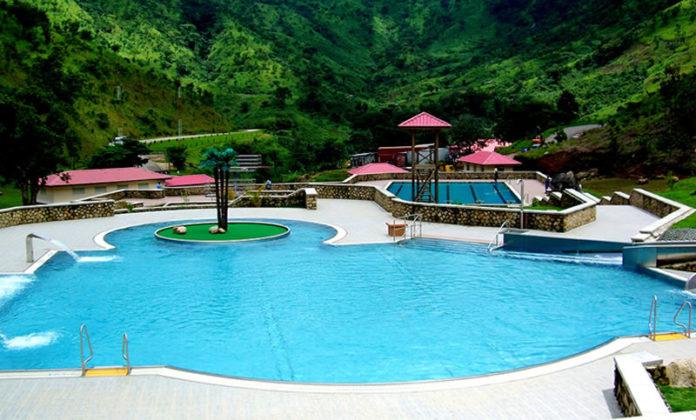 Did you know that the capital of Rivers “Port Harcourt” is the center of famous Nigerian Oil industries? 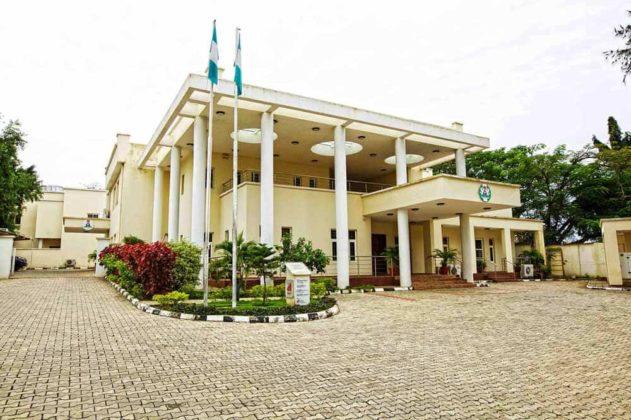 Katsina State was created out of old Kaduna State with the population estimated as 5,792,578 people and a total land mass of 24,192km².

Recent figures have it that their population is about 10 million inhabitants. Katsina State consists of 34 Local Government Areas.

Did you know that the current President of Nigeria is from Daura in Katsina State? Learn more about the list of presidents that ever ruled Nigeria. 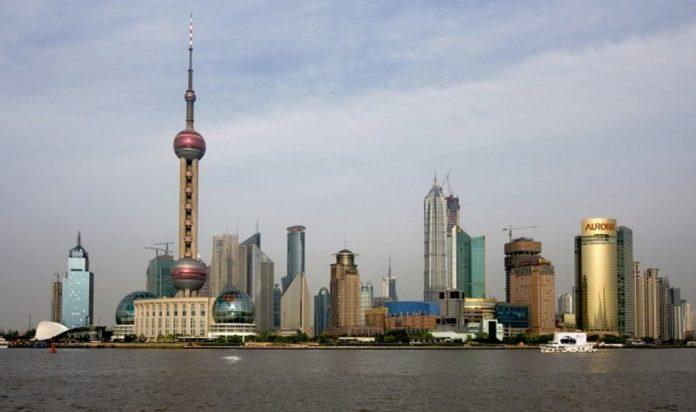 Also Read: The first ever military head of state of Nigeria

This state which is located in the North eastern part of Nigeria was formed on February 1976. The state has a total population of 4,653,066 people based on 2006 census. 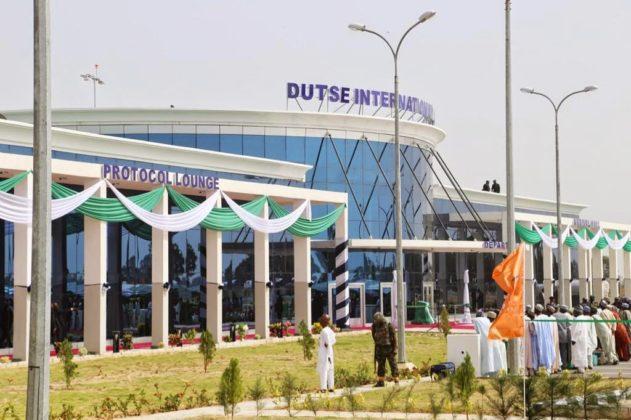 Jigawa State which is a state in the central Northern part of Nigeria was created on 27th of August 1991. Jigawa State occupies a land mass of 22,410square kilometers, and a population of 4,361,002 according to 2006 census, but now the population has risen to 8.1 million

Did you know that Jigawa state is having 27 Local Government Areas? Now you know, thank me later. 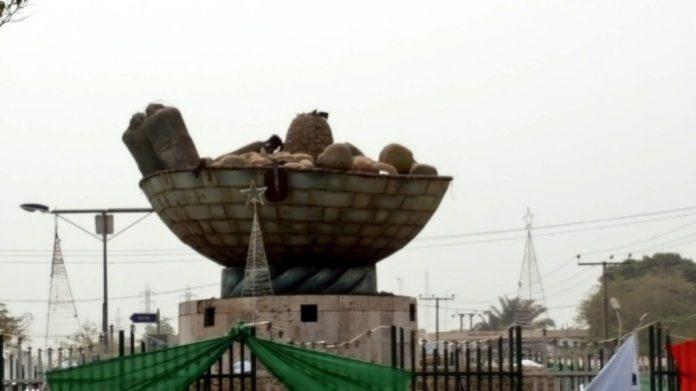 Now, you need to know that Benue state is the major source of food production in the nation. Food basket of the nation as it is called, Benue state has made it to the list of top 10 largest state in Nigeria.

Well I have a question bothering my mind and the question is: Why is it that Lagos state is the most populated state?

Why Lagos State Population is What It is Today

I’m sure you’ll be glad to know the history of Lagos state and how it has always been the home of every Nigerian? Lagos state tops the list of richest states in Naija.

Lagos is one of the fastest growing states in Nigeria with the population of over 21 million people. Lagos is a major financial centre and is said to have the highest GDP in Africa.  Lagos state means “Lake” because it is surrounded by water. 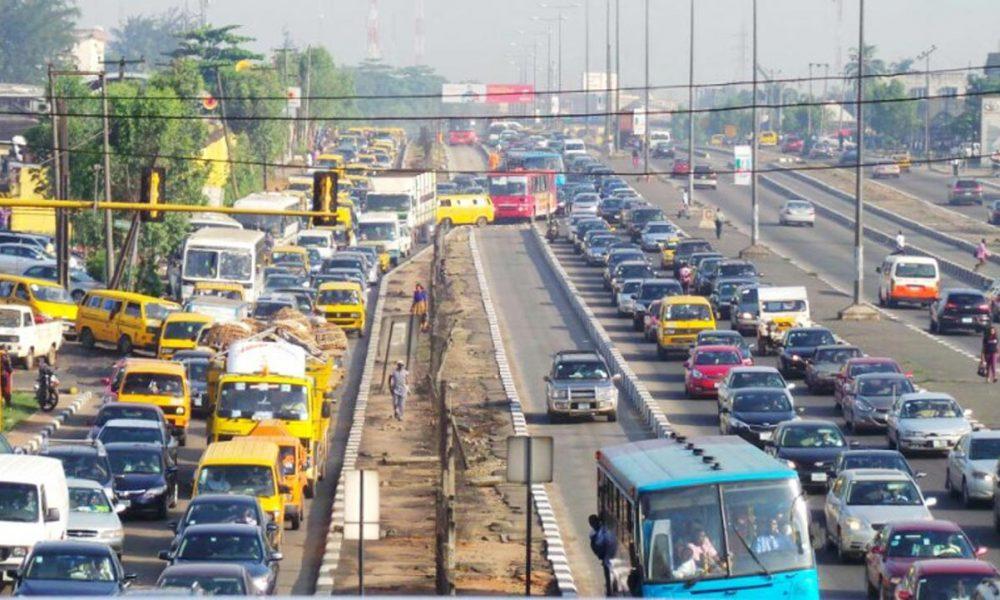 “The center of excellence” has a high percentage of Awori people who migrated to the area. Lagos was made the capital of Nigeria from 1914 to 1991 before it was relocated to Abuja on 14th November 1991 based on some reasons, which include location, security, environmental pollution and many more.

The plan of movement of the capital from Lagos to Abuja was initiated by General Muritala Mohammed but was actualized during the regime of President Ibrahim Babangida.

Eko ile – Lagos is home to every Nigerian who has the hustling spirit and this has really contributed to the economy of the state.

Just like Olamide badoosneh said in one of his songs, if you enter Lagos you go love Lagos. Talk about connected roads, beaches, sea ports, air ports and the massive human resources; forget o, Lagos state is dope.

It goes without saying that Lagos state is the home of almost every of the top 10 Nigerian musicians What you think? I await your reply in the comment box.

The 2 Smallest States In Nigeria by Land Mass

Lagos State – 3,577km²: Nawa o. This is funny but true. Imagine, a whole state with the highest population is now the smallest state by landmass in Nigeria. Which means Lagos is small but mighty.

Hmm. No wonder, Lagos state is referred to as “centre of excellence”.

Anambra State – 4,844km²: Anambra state is located in South Eastern part of Nigeria. The state occupies a landmass of 4,844km².

Did you know that the name was derived from Oma Mbala which is the local name of the Anambra River? It is not all part of Anambra state that is hospitable due to the erosion and half of the state is water.

Must Read: Salary and allowances of a Nigerian President

Looking at the current population of Nigeria by states, the fact is land mass has nothing to do with our economy.  A little piece of land can be a major financial centre.

Here is the list of top 10 largest states in Nigeria include based on their land mass.

Check out our post on the 20 biggest states in Nigeria

Population of Nigeria By States 2019 (Summary)

Now, as the population of Nigeria increases, people must realize the demerits of overpopulation in order not to push the planet towards a tipping point. Our resources are limited, so we need to consider our future generation.

Hope you are well informed about the population of Nigeria by states? I believe that you will share this post to others who are looking for a detailed information like this.

It took  a while to put this together, so I’ll appreciate it if you like this post and also drop your comment in the box provided below.