History of Abuja – How It Became Nigeria’s Capital

What is the true history of Abuja, the FCT of Nigeria? How was it created and chosen as Nigeria’s capital?

Africa’s first planned city, Abuja is the federal capital of Nigeria, the heart of its political life and the epicenter of the numerous efforts to develop the country.

In the history of Nigeria, Abuja has filled a gap; with its tree lined streets and grand avenues, it is one of the most prominent and modern cities in Africa. Want to know the History of Abuja and how it was chosen as Nigeria’s capital?

Abuja was created in what year? What is the population of Abuja? Which towns are in Abuja Municipal area council? You’ll find answers to these questions.

Abuja is the capital city of Nigeria since December 12, 1991, when it replaced the previous capital Lagos.

It was created in 1976, but it was planned and mainly built throughout the 1980s, on the grass-covered Chukuku Hills.

Abuja is located in the center of Nigeria in the Federal Capital Territory and guess what, the Nigerian government structure and politics is not complete without mentioning Abuja.

Who Named Abuja – The History of Abuja

The name “Abuja” was derived from Abu Ja, a brother to Muhammadu Makau, the last Hausa ruler of Zaria.

Makau had left Zaria after being defeated by the Fulani and settled in the area now known as Abuja. In 1825 his brother Abu Ja succeeded him as the 62nd King of Zaria.

The full name of Abu Ja was Abubakar (shortened to “Abu”) and the name Ja was given to him because he was light in complexion (in Hausa “Ja” means red or fair).

He became known as “Abu Ja”, “Abu the fair one” (other sources claim that the name “Ja” was derived from the last name of his father which was “Jatau”). Abu Ja then built a new capital for his Kingdom and called it “Abuja.”

Must Read: The Population of Nigeria by states

The Federal Capital Territory – How Abuja Was Created

Abuja was mainly built in the 1980s and it officially became Nigeria’s capital on December 12, 1991, replacing Lagos.

The Abuja Federal Capital Territory, while smaller than other state and capital in Nigeria, is two and half times the size of Lagos city, the former capital.

This territory was formed with the express purpose of supporting Abuja city, encircling it within a womb of nature. Abuja has an Area size of 713km2

Did you know that it was General Ibrahim Babangida who executed President Muhamadu buhari’s plan to relocate the seat of federal government from Lagos to Abuja?

Learn more about List of all Nigerian presidents from independence till date. You’ll find it very interesting.

The site for the new capital was chosen because of its central location (viewed as neutral both ethnically and religiously, where culture and religion meet), easy accessibility, pleasant climate, low population density, and the availability of land for future expansion.

Not only was a city designed, but an entire environment. Part of the provisions of the Master Plan is the development of adequate recreational and Green areas within the city. Abuja is surrounded by abundant hills, highlands, savanna grassland, and tropical rain forests.

The master plan of Abuja ad the Federal Capital Territory (FCT) was developed by international planning associates (IPA), a consortium made up of three American firms: Planning Research Corporation; Wallace, Roberts and Todd; and Archisystems, a division of the Hughes Organization.

The master plan included a regional site selection ad master plan for the new and detailed design of the Central Area, which accommodates the national government center, cultural institutions, and the Central Business districts.

Outside The central Area, residential mini-cities with populations of 150,000 to 250,000 are organized around local business and the employment centers.

More detailed design of the central areas of the capital, particularly it monumental core, was accomplished by Kenzo Tange, a renowned Japanese architect, along with his team of city planners at Kenzo Tange and Urtec Company.

Also Read: All political party names and chairman in Nigeria

Abuja National Mosque: The national mosque of the country declared a national monument belonging to all Nigerians. Its outstanding golden dome and minarets dominate Abuja’s skyline. 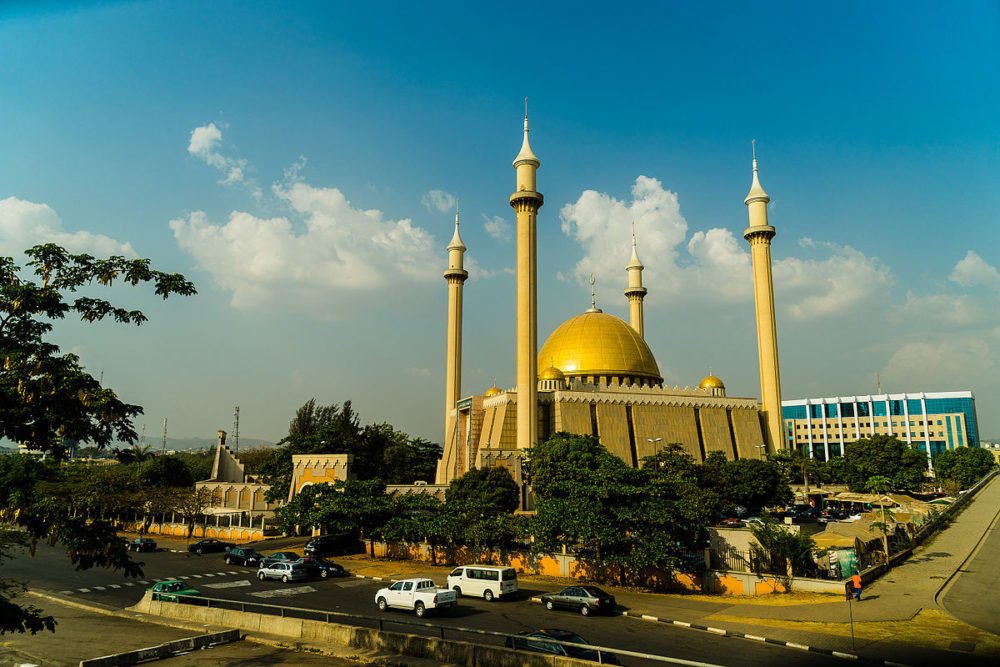 National Christian Centre: The symbol of unity of Christendom in Nigeria. The centre’s magnificent edifice was designed by an Italian firm. 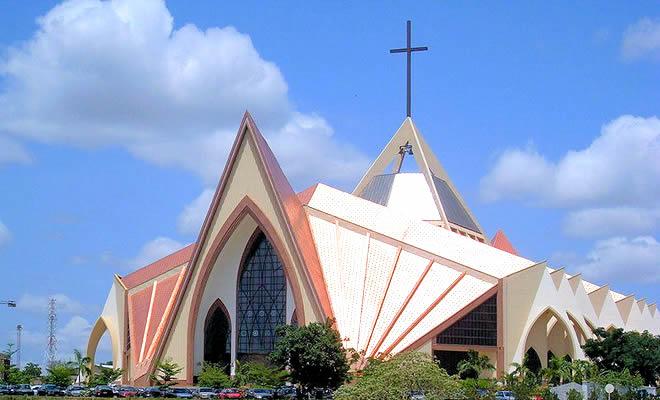 Millennium Park: Abuja’s most popular and largest green area is the Millennium Park. Designed by world renowned architect Manfredi Nicoletti, it was officially inaugurated by Queen Elizabeth II in 2003.

Did you know that Ahme El-Rufai, former FCT minister is one of the top 10 richest governors in Nigeria? Learn more about his net worth. 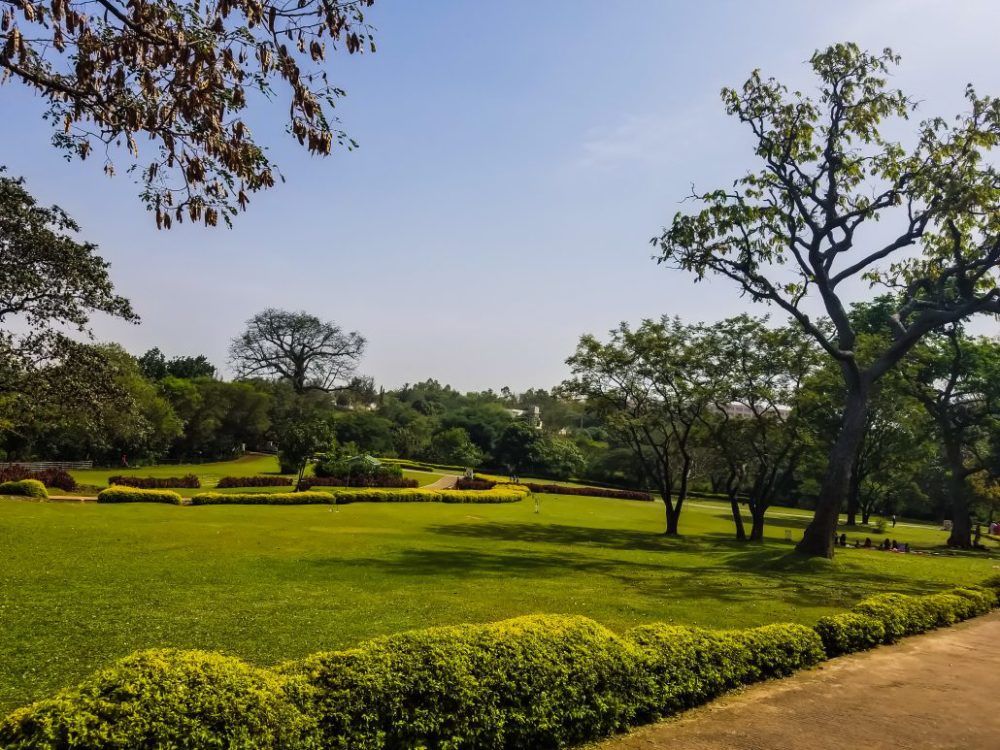 National Stadium: Built in 2003 and this ultra-modern complex has a seated capacity of 60,000. It is used by the Nigerian National Football Team. 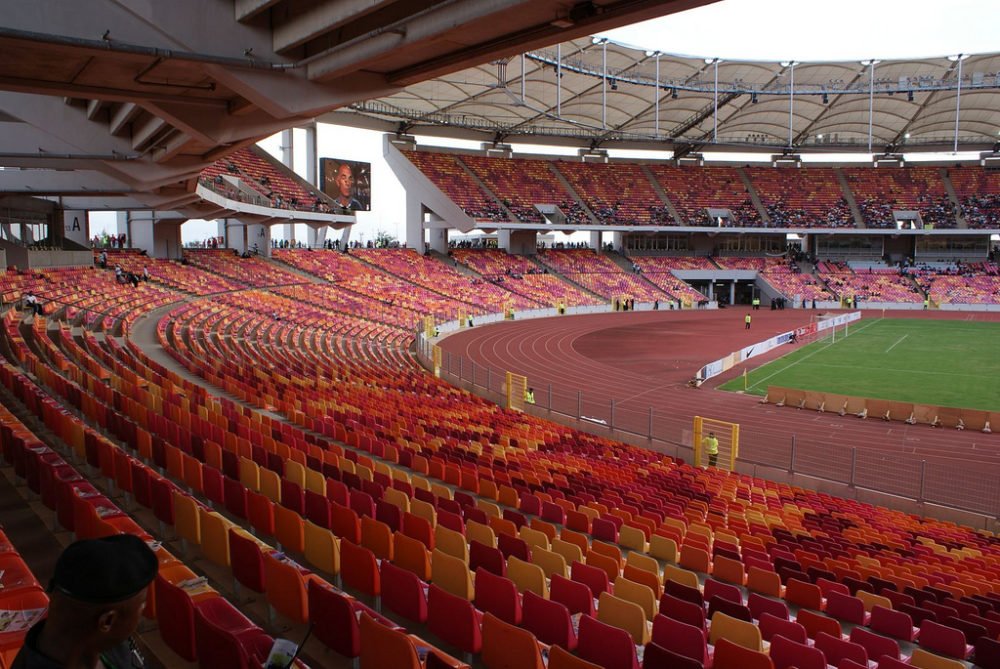 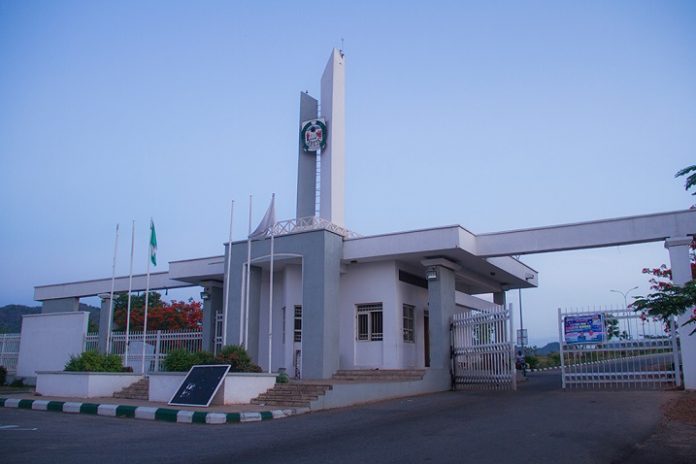 How Abuja Was Chosen as Nigeria’s Capital

The problems associated with the capital being in Lagos, such as population pressures, political and ethnic divisions, led to the search for a new capital in 1976. Abuja was selected from among 33 possible sites.

Physically located in the centre of the country and viewed as neutral both ethnically and religiously, it is where culture and religion meet.

The Emir of Abuja at the time, Alhaji Suleiman Barau, was asked to meet with his Emirate Council to approve contributing four of the five districts to Abuja to become the new capital.

MUST READ: The History of Nigerian Civil War – The Untold Story of Biafra

The council was divided as some districts considered it too much of a sacrifice; but at the end, they approved the request from the Federal Government.

The vehicle license plate for the FCT reads “Centre of Unity. This is a constant reminder that Abuja was selected in the hope of creating a united central city.

According to the 1979 master plan, Abuja’s territory has to be developed in four phases on an area of about 250 square kilometres, and each phase has to be further sub-divided into districts.

The phase 1 development has almost been completed and includes the Central Business District (the three Arms Zone Presidency, National Assembly and Supreme Court), the Maitama, Wuse, Garki and Asokoro, residential and business districts.

There are also 5 districts in Phase 2, and some of them have works at various stages of completion. They are Kado, Durumi, Gudu, Utako (which infrastructural facilities have been completed) and Jabi.

Phase 3 districts are Mabuchi, Katampe, Wuye and Gwarimpa. There are also 5 suburban districts, which are Nyanya, Karu, Gwagwalada, Kubwa, and Jikwoyi.

Along the Airport Road there are clusters of satellite settlements, namely Lugbe, Chika, Kuchigworo and Pyakassa.

Phase 3 and 4 are also under development, however, there are works at various stages of implementation in Karmo, and Idu districts (Phase 3), and the Gwarimpa Districts, where many of the construction companies “Life Camps” are located, has already been developed.

Below is the map of abuja 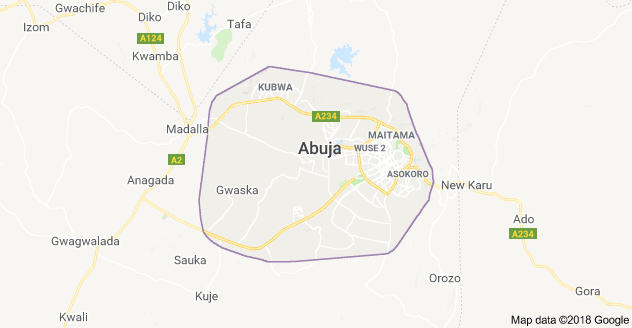 Abuja is one of the fastest growing cities in the world, with a population that already is climbing to 2.5 million since its development in the 1980s.

During the early 2000s, the city’s population grew by almost 140%. Today, most areas of the city still see annual growth of 35%, making it one of the fastest-growing cities in the world.

Because of the city’s reputation for being welcoming to all groups, no matter their ethnicity or religion, the population is only expected to continue to grow for Nigeria’s capital city.

Must Read: Nigeria president salary and allowances, salaries of governors and senators.

Summary Notes On History of Abuja

The history of Abuja is not complete without talking about it’s wonderful weather and climate. The FCT experiences three weather conditions annually. This includes a warm, humid rainy season and a blistering dry season.

In between the two, there is a brief interlude of harmattan occasioned by the northeast trade wind, with the main feature of dust haze, intensified coldness and dryness.

Even the chilliest nights can be followed by daytime temperatures well above 30 °C (86.0 °F). The high altitudes and undulating terrain of the FCT act as a moderating influence on the weather of the territory.

Rainfall in the FCT reflects the territory’s location on the windward side of the Jos Plateau and the zone of rising air masses. The annual total rainfall is in the range of 1100 mm to 1600 mm.

What did you think about the history of Abuja and how it became the Federal Capital Territory of Nigeria? Let’s have your comment in the box provided below.