List of Ethnic Groups In Nigeria and Their States

Watching the World
By Adeola Oluwatayo
May 31, 2020

How many ethnic groups in Nigeria does exist?

Imagine this scenario…. A group of 10 people are living in your environment. In a matter of a few minutes, you were attracted only to five out of ten people. 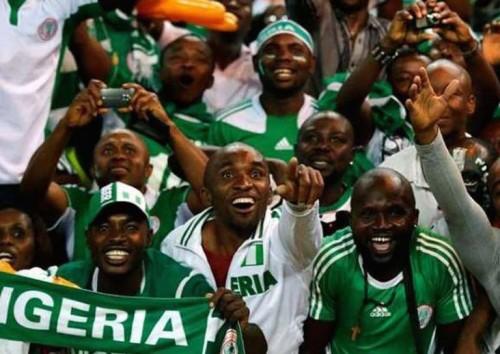 After a week, you realized that you were attracted to only three, and in a month after, you made only one person your closest pal.

What is the reason behind this? It’s simply the similarities and identities that you share together.

The first five were rejected because they speak a different language from yours.

The next two were rejected because their culture and values are slightly different from yours.

Now the last person who became your close pal speaks your language and your historical background is all the same.

So there is a strong attraction for those of the same ethnic groups and it goes without saying that the existence of ethnic groups in Nigeria is a reason for our diversity.

When we talk about Nigerian people and culture, we’ll definitely talk about tribes in Nigeria, isn’t it?

But what is an ethnic group? What is a tribe? And what’s the difference between these two elements that contributes to social stratification?

Let me help you with that.

What Is an Ethnic Group?

An ethnic group is the social grouping or categorization of individuals belonging to one common national or cultural identity. Hence these people have in common an historical background.

According to an expert Anthropologist and consultant Dr. Whitney Azoy, an ethnic group is simply “the largest traditional cultural unit” to which a person belongs to.

So, ethnicity in Nigeria is a category of people either in tens, hundreds, thousands, even millions that identify with each other based on certain cultural similarities.

What Is a Tribe?

You may ask; what is a tribe then?

A Tribe is a collection of families or generations that share common ideologies, interests, religion, linguistic and cultural practices.

Simply put, the significance of a tribe is that it is a set of people primarily having blood ties, living together in one specific area under one accepted leader to guide them.

What Is the Difference Between Ethnic Group and Tribes?

Still not clear? Well, I can’t put the blame on you; when I’m not Akon (lol). Some things are just kinda interchangeable.

That’s why I’ve created this image below to give you features that show the difference between a tribe and ethnic groups. 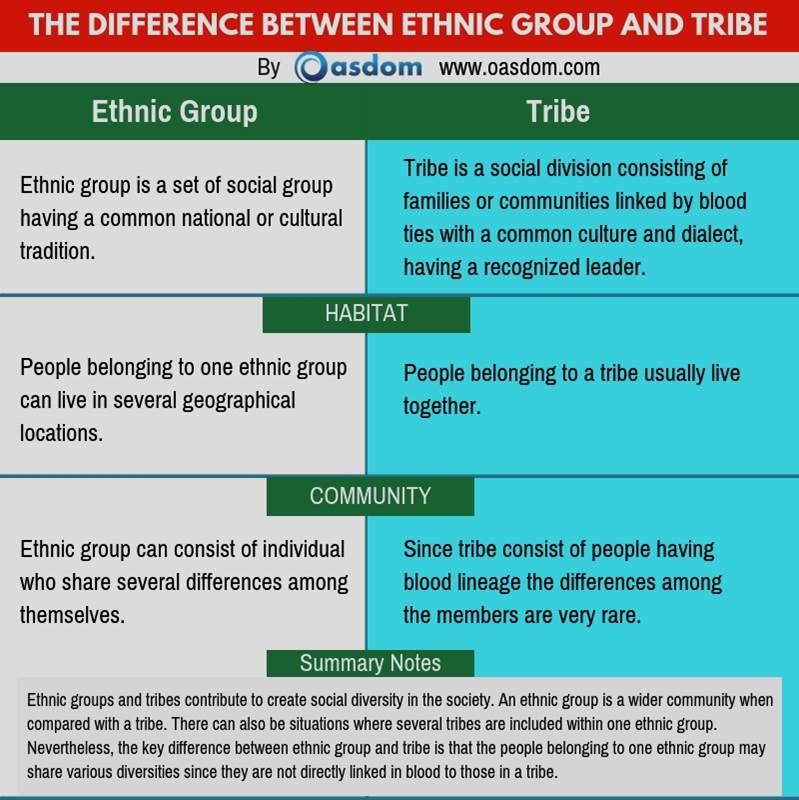 Nigeria’s history will never be complete if you fail to talk about Nigeria’s numerous ethnic groups and tribes.

So when we talk about social stratification, ethnic groups and tribes are key factors that play significant roles in the totality of Nigerian culture.

Before I list out all the ethnic groups in Nigeria that’s spread across all 6 geopolitical zones, let’s discuss the three major ones.

The Three Major Ethnic Groups In Nigeria and Their Culture

The three major ethnic groups in Nigeria are Hausa, Yoruba, and Igbo. They make up 70% of the total population in Nigeria.

Well…. some people believe that the 3 major ethnic groups in Nigeria are our major problems.

At the end of this article, you’ll be able to decide if that statement is true not.

Now, here is more information about the three major ethnic groups in Nigeria below.

Hausa which is the first on my list is one of the ethnic groups in Nigeria with the highest population. 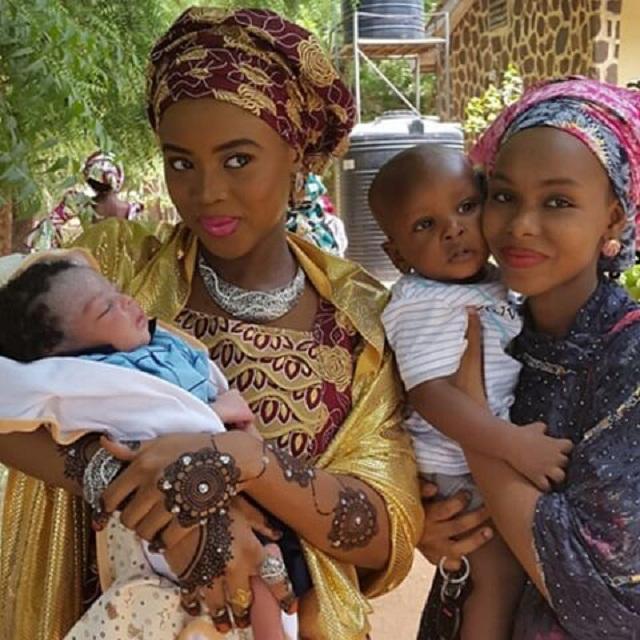 Hausa as a language is spoken by an estimation of 22 million people and made up approximately 25% of Nigeria’s population.

It might interest you to know that another set of people speak Hausa as their second language.

Most Hausas practice Islamic religion as their while very few practice Christianity.

Also, Africa’s richest man, and the richest man in Nigeria – Aliko Dangote is from this ethnic group.

Hausa people can be found in states like Kano, Katsina, Jos, Kaduna, Maiduguri and many more.

Yoruba which dominates the western part of the country as you can see in the Nigerian map and Yorubas are the second largest ethnic group in Nigeria.

You can find Yoruba in States like Oyo, Ogun, Ondo, Kwara. Yoruba has many dialects, but its speakers can understand each other.

Yoruba is known for their respectful behavior. Chai…. Yoruba people can greet for Africa. They are referred to as the ‘Akus’.

The list is so long that you’ll laugh at some of it. Let’s have your E kuus in the comment box below this article.

If you’re a lady from another tribe and want to marry a Yoruba guy, you must learn how to kneel down and greet your in-law to be, properly or else … let’s leave that…..That’s Yoruba culture for you, don’t try to get it twisted. 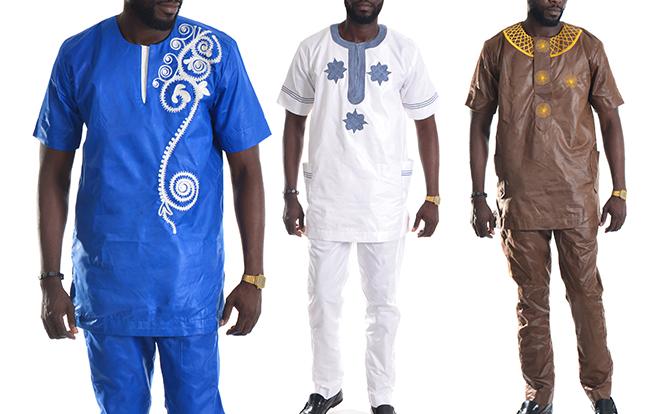 It is believed that Yorubas descended from Oduduwa. Each town in Yoruba land has elders known as Oba (king) and these kings have a council of elders.

Quick Fact: The current richest state in this country is from the western part of the country. Also, the third richest Nigerian politician – Olusegun Obasanjo is a Yoruba man

Igbo is the third largest ethnic group in Nigeria. Igbo occupies most of the South Eastern part of Nigeria. 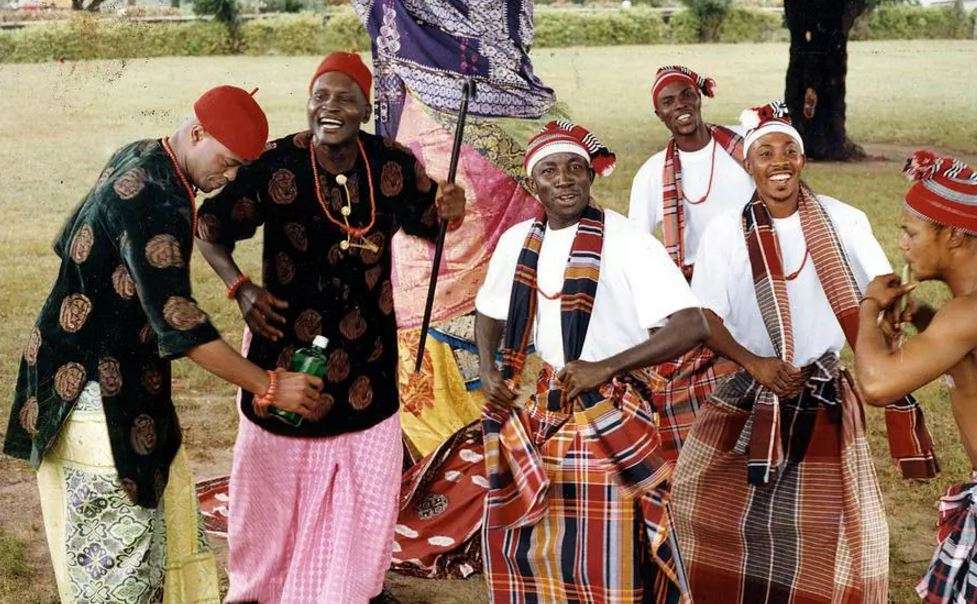 Igbo language has an estimated population of 18 million speakers. Igbo is made up of approximately 18% of Nigeria’s population.

Some people believe that they originated from Nri kingdom which is the oldest kingdom. Although Igbos are mostly Christians, yet they have a deep respect for their culture.

I just love them for that. If you buy an original shoe and you are doing shakara with it, your hand go fall if you enter the market the following week and you see that same shoe that is Igbo made.

Also, when it comes to fashion styles, I trust my Igbo people, dem no dey carry last.

Also Read: The untold story of the Nigeria 1967 civil war with Biafra

So, which are the 10 largest ethnic groups in Nigeria?

Other 10 Largest Ethnic groups in Nigeria and Their Languages

I’ve just listed the 3 major ethnic groups in Nigeria; Hausa, Yoruba and Igbo. There are 10 others that are large and quite popular.

Ijaw which is also one of the ethnic groups in Nigeria consists of over 9 distinct languages which are Izon, Kalabari, Andoni, Epie- Atissa, Nembe, Ogbia, Okirika, and Engenni.

The Ijaw people are mainly Christians, though some of them practice traditional religion.

Their land is surrounded by water so therefore, there major occupation is fishing, agriculture and hunting.

Quick Fact: Ex-president of Nigeria Good luck Jonathan is an Ijaw man. The Ijaw are mostly found in Bayelsa, Delta and Rivers state.

The Kanuris are also one of the largest ethnic groups in Nigeria and they live in the Northeastern part of the country.

They make up of about 4% of the total population in Nigeria. The Kanuri people are majorly Muslims.

Kanuri people are mostly found in Maiduguri and neighboring states, and they engage in farming and their economy thrives on the production of millet.

Fulani is mostly found in the North Eastern part of Nigeria e.g Taraba, Adamawa and they can also be found in another country apart from Nigeria.

It is an ethnic group in Nigeria that speaks fulfulde as their language.

Fulani’s people are different from the Hausas because they don’t look alike and neither do they practice the same culture.

This ethnic group in Nigeria is majorly known for their cattle rearing and they can live anywhere. Well.

Many people believe that the Fulani’s descended from a nomadic group that once lived in the Upper Nile region. 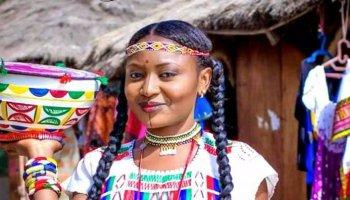 Chai.. Fulani women are very beautiful! Shey na to talk of their long hair ni or their pointed nose.

Quick Fact: Most of the Fulani people practice Islam as their religion.

The Ibibio people are located in South Eastern Nigeria. Though many people believe that the present homeland of the Ibibio people is not their original homeland, but it is Cameroon.

This language is spoken by over 2 million people in Nigeria. The people of Ibibio engage in farming, fishing, and trading.

TIV is one of the ethnic groups in Nigeria that constitutes about 3.5% of the total population.

Tiv people can be found in Benue, Taraba and Nasarawa states as they’re well known for their agricultural produce as majority engages in farming.

Edo is one of the ethnic groups in Nigeria, having Edo as their main language and this is spoken by approximately 8 million people.

The Edo ethnic group are descendants of the people who founded the ancient Benin Empire. Farming is practiced by the Edo people.

Nigerians citizens who belong to the Idoma ethnic group can be found in Benue state, Cross rivers, Enugu and Nasarawa state.

The Idoma people are known for one language which is Idoma. Although Christianity is the major religion of Idoma people, some still practice their traditional religion.

This ethnic group in Nigeria can be found in the Eastern part of river Niger and Benue confluence.

The Igala people are mostly found in Benue state, and they are known for their agriculture and steel industry.

It is believed that Attah is the father of Igala people and Attah can do and undo. According to the Igalas, Attah gave up his two daughters to die for Igala people for them to survive the attack of enemies.

Here is another ethnic group found in the southern part of Nigeria. These people speak urhobo, Isoko, Okpe, and Uvwie as their language.

These languages are spoken by approximately 2 million people. Majority of the people are Christians and some of them practice traditional religion.

The Nupe people speak Nupe as their language and this language is spoken in five states by approximately 3.5 million people.

Mostly, the Yoruba referred to them as “Tapa”. Most of the people engage in fishing, probably because they live near the confluence of the Niger and Benue rivers.

Other Minority Ethnic Groups In Nigeria and Their States

If you’ve followed this article right from the top and reached this part, you are now exposed to the list of ethnic groups in Nigeria.

Truth be told, I’m not sure I can know all these ethnic factions till thy Kingdom come, kilode…., it’s too much!

The Nigeria amalgamation in 1914 by Lord Lugard contributed to discrimination amongst these ethnic groups.

What do you think would happen if we were all from the same ethnic group? Sure there won’t be discrimination.

Though the ethnic groups in Nigeria are many, they are blessings to our great country because they give rise to our diversities and values.

Why don’t you take your time and learn more about these ethnic groups in Nigeria?