Nigeria @59 – Happy Independence or An Illusion of Freedom?

Its Independence day isn’t it? Fifty nine years ago, on this day the sun was blinding to the enslaved black that had been in the darkness of the mines and countless chores.

There was spark of hope as they say the sun signifies new beginning, while some covered their eyes from the light that could not be comprehended.

Some cried their hearts out as this information sunk in, some screamed out in joy that had hints of pain all over from the physical scars that was more than physical.

The toddler could walk around without restrictions, the pregnant one could think less of her generations continuing as slaves, the beautiful girl could sleep without fear of been raped in the middle of the night.

The young man could go out to see the borders without fear of having a mashed flesh on the back, the old men could endure their arthritis pain on their terms.

The gnarled hands could finally rest, the apron was no longer a uniform, the beautiful “nappy” hair was displayed in all its kindness.

Healing was almost fast in its completion or should I say the pains were forgotten so soon or was it the hardship endured for so many years that built a monstrous side in some? 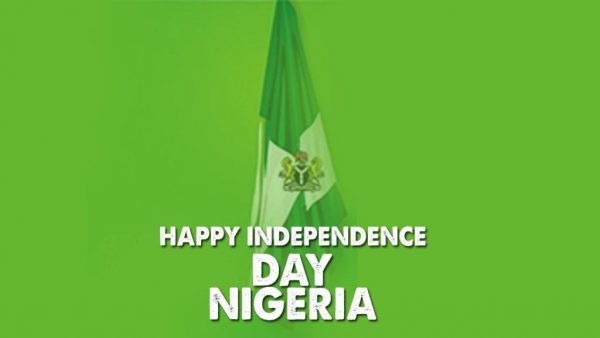 Also Read: Brief History of Nigeria from 1960 Till date

Nigeria At 59 – Happy Independence Day Or An Illusion of Freedom

Fifty nine years ago on this day, a baby said it didn’t need no one to depend on anymore. With a simple request to be prayed for, she was left alone to fend for herself.

Alas, she thought she could do and she was pretty fine but she forgot all that was linked to the past. The pain, values, morals, hatred, love, self-interest, psychology damage, betrayals, vengeance that has kept many going in different lanes.

She was tired of the gruesome drills, oh no I can’t wait to be on my own she said; it is way better than the physical and emotional trauma I pass through daily.

Fifty nine years ago on this day, greedy people set their plans in motion. They waited until pieces were sort of picked and placed together and they struck.

Insecurities were not gone yet, fear was not completely gone when independence was given, submission and defiance were never gone.

The thirst for more in a greedy way and to never be looked down on was always present, the conspiracy, plotting, and manipulation had eaten deep.

But she never asked for how to be protected from her very own color, and blood. She never knew the same skin was not enough. She never imagined been alone would require such efforts and sacrifices and tough decision making.

Fifty nine years ago on this day, no one thought to learn intrinsic things while in slavery, running things, leadership traits, and more.

From amalgamation to slave trade, civil war to independence and to becoming a republic, you should read more about 41 important dates in Nigeria’s history.
- Advertisement -

Alas! We are free today as an independent country but in reality, true slaves as the pregnant woman once worried.

We work tirelessly like slaves everyday to make ends meet, we strive to meet world standards, and we, we that had ancestors cultivate the lands of the masters cannot do same with our lands.

Here I am wondering, are we truly independent? Or are we living in an illusion of freedom?

Tell me we are free and please follow your answer with “what we are free from?”. Let us sit at the round table and think deeply if we are worth celebrating and let’s have a rethink and do things right?

Who says we can’t be independent again? If we can be a republic twice, why not?

I am a Nigerian.

Aurora Maikudi
Aurora is a contributing writer at Oasdom.com. With a deep interest in researching and finding solutions, Aurora hopes to share her work with all oasdom fans and visitors.
Share
Facebook
Twitter
WhatsApp
Linkedin