Well…. The Nigerian military is one of the largest in Africa and it is divided into 3 components which include Nigerian Army, Nigerian Navy and Nigerian Air force.

Not quite long we made a post about the Nigeria Civil Defence Corps salary and recruitment, but in this article I will take you on a journey to know more about the Nigerian Air Force ranks and salary.

As we all know that there is a skyrocketing unemployment rate in Nigeria, mostly experienced by the youths, securing employment in the military, especially the Nigerian Air Force is rigorous and demanding. 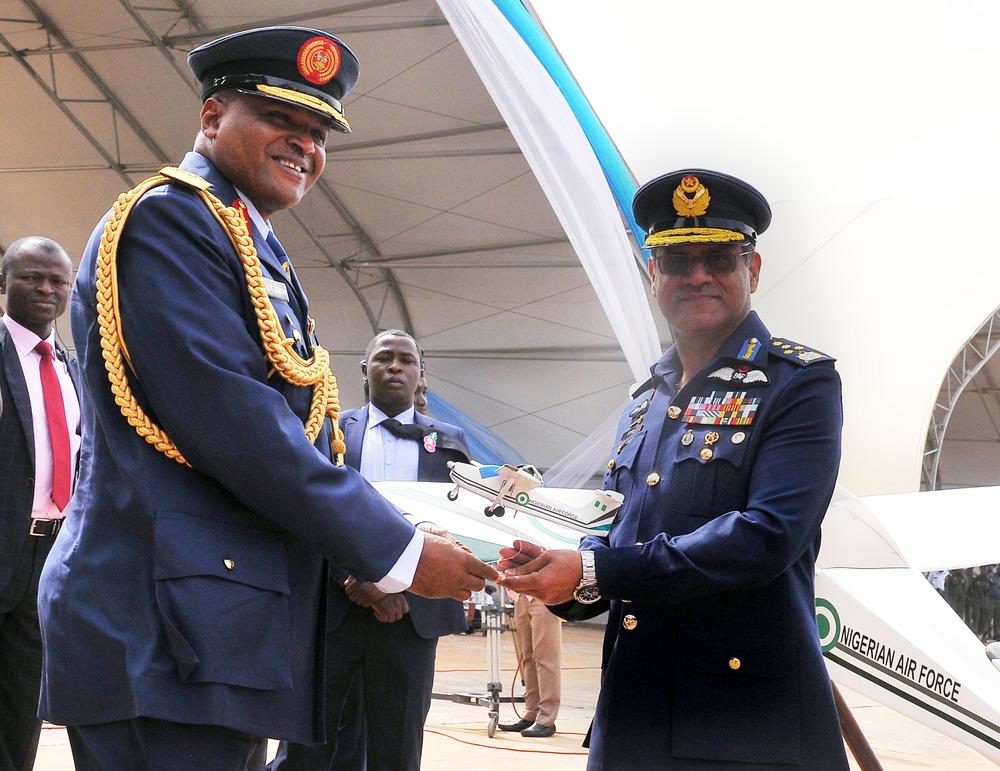 So, I think this article will really help those interested in getting a job at the Nigerian Air Force, as I’ll provide information on quite a number of things.

The Nigerian Air Force is the air division of the Nigerian armed forces and it has played a major role in maintaining peace in Nigeria and also helps to eliminate unsafe activities.

Now that we are with you, believe me, you will know the far and wide of Nigerian air force including their ranks and salary. So read on.

Note that we’ve given a detailed post on the Nigeria police salary arrangement and their ranks in this post. You should check that out.

When talking about the Nigerian air force ranks, you should know that according to history, it was recorded that the idea of establishing Nigerian Air force was first broached in 1961, after the nations participated in peacekeeping in two countries which are Congo and Tanganyika known as Tanzania.

During these peacekeeping operations, there was no air transport that could assist the Nigerian Army.

It was during this period that the Federal Government then recognized the urgency of an air force in Nigeria.

On 18th of April 1964, Nigerian Air force was established where the personnel were trained in India, Ethiopia and Canada.

Today the infant air force in Nigeria has grown into maturity, having around 10,000 personnels and a total of 261 airplanes.

In fact, the Nigerian air force now operates 16 different types of aircraft and it is the largest of all air forces in Africa. Whao! What a great achievement. We’ve written about the Nigerian police ranks and their salaries, you should read about that too.

Also Read: Abuja history – how it created and chosen as Nigeria’s capital

The Nigerian air force uniform color is so cool. First of all, uniform plays an important role in assigning a distinct identity of armed forces.

Let us now understand the importance of the uniform worn in the Nigerian Air force.

The importance of having uniform standards in the Nigerian air force cannot be under emphasized and it is also mandatory for the officers to dress according to regulations.

The uniform is worn at all times and while on duty. For the uniform to be complete, it needs to be accompanied by some items which include gloves, cap and epaulets. 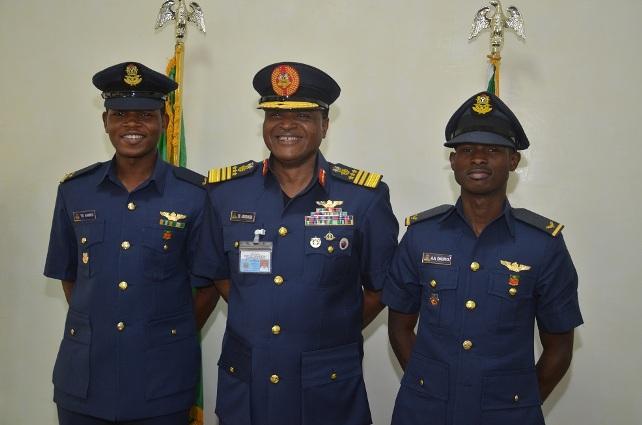 The combat uniform of pilot has green colour while the parade uniform is dark blue which distinguishes them from all other military formation. 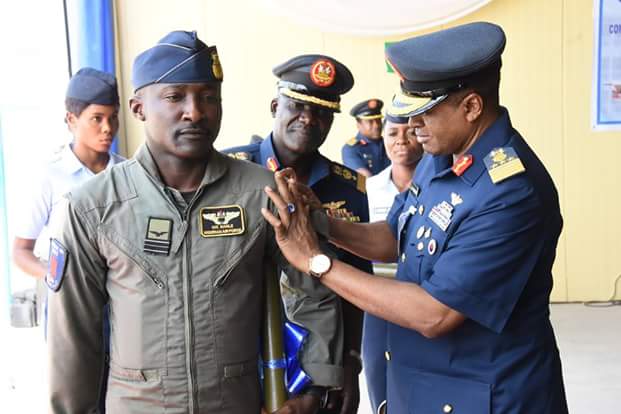 Also for the ceremonial and commanding ranks uniform, the deep blue colour symbolizes the sky, and also any other elements that accompanies the uniform indicates the authority, epaulets indicate hierarchy. 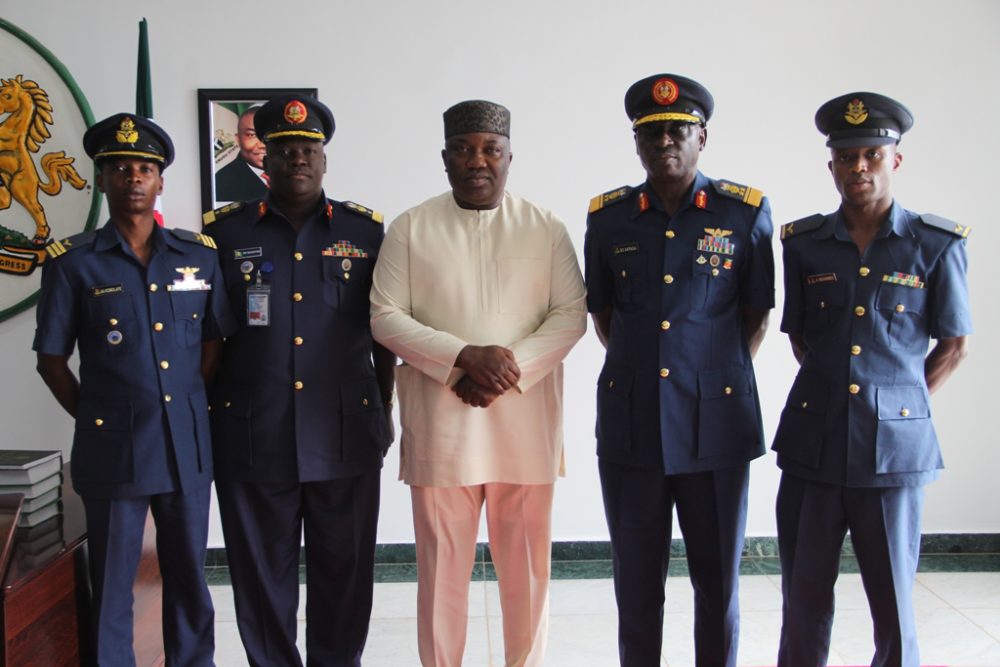 Next up the ladder is the Nigerian Air force ranks and Salary structure.

The Nigerian Air force ranks and structure is important because it forms one of the fundamental backbones in the military service.

The Nigerian air force ranks structure is like a link of chains that forms a link between the highest officer and the lowest officer.

Hmm… assuming Nigerian Air force ranks does not exist what could have happened? In every establishment there’s hierarchy or what is called chain of command, i.e an office should know who to report directly to.

If everybody is trying to be the head it will definitely result to misunderstanding, confusion and conflict of interest.

As you become more experienced, and move up through the ranks, gaining more skills and qualifications, then your salary increases.

First, lets us hit the nail on the head by discussing the rank of the commissioned officers in the Nigerian Air force. 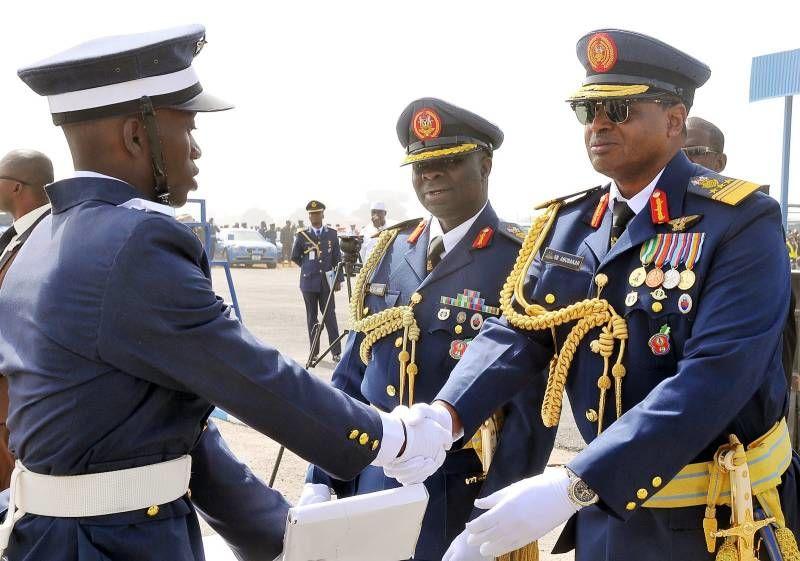 Here is the list of Nigerian Air force ranks (NAF ranks) from highest to lowest:

Listed below are the 9 ranks in the Nigerian Air force for non-commissioned officers: 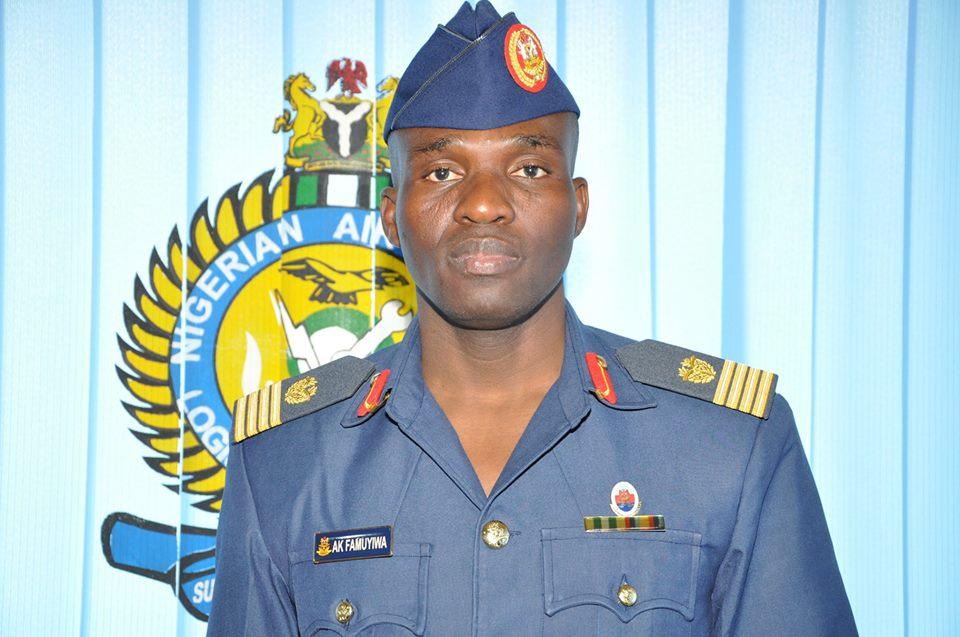 Nigeria Air Force base is always a conducive place that with housing accommodations for the personnel.

It also includes health care centers, religion centers, and educational centers for the air force personnel and you will also enjoy the orderliness and maximum displayed discipline.

If you are aspiring to work in the Nigerian Air force, you need to be mentally and physically fit. Na beg I dey beg o, it is not just doing any job. So are you fully prepared?

Before you can move further when filling the Nigerian Air force recruitment form for example, there are some things you need to take into consideration when applying for Air force.

The website was majorly designed by the federal government to help create, recruit and hire many unemployed individuals.

How to Register For The Nigerian Air force Recruitment

The Nigerian Air force will announce the Airmen / Airwomen Recruitment Exercise date including the deadline date with the release of the form.

The zonal screening for the Nigerian Air force recruitment exercise will commence at various centers so, choose your nearest destination when undergoing registration.

Candidates are also advised to carefully read the following requirements before completing the form:

You know why? The maintenance of Nigerian Air Force ranks is important in order to avoid disorder and disarray.