Richest Actor In Nigeria & Net Worth

Who is the richest actor in Nigeria and what is his net worth?

They say “Hard Work Pays Off” no doubts, but the way up to that level of success and is rated as one of the top richest actors in Nigeria is not a day job. You should also check our list of the top richest musicians in Africa and their net worth.

We all know that the high level of piracy in Nigeria is unbearable. Sometimes, the road map of being successful is very rough with so much work and energy.

That’s why we’ve put together this list of top richest actors in Nigeria and their sources of wealth; not just as a piece of information but also a source of motivation.

Being called the richest actor in Nigeria require so much hard work and sacrifices but still, these richest actors made it and stand out because their of their level of creativity, charisma and all sort of attributes a good actor possesses.

They’ve become a huge success because they are doing what they love with so much commitment and their character on set is very professional.

Not quite long, we made a post about the top 20 richest actresses in Nigeria and I think you should check that out.

Let me say I have noticed one thing about these people; most of them started their career in the 1990s while other early 2000s. That’s so many years along the line and today they have achieved a lot.

Enough of the story and let get down on our list of the richest actor in Nigeria with brief details about them that you need to know.

First on our list is currently the Alpha of Nollywood. 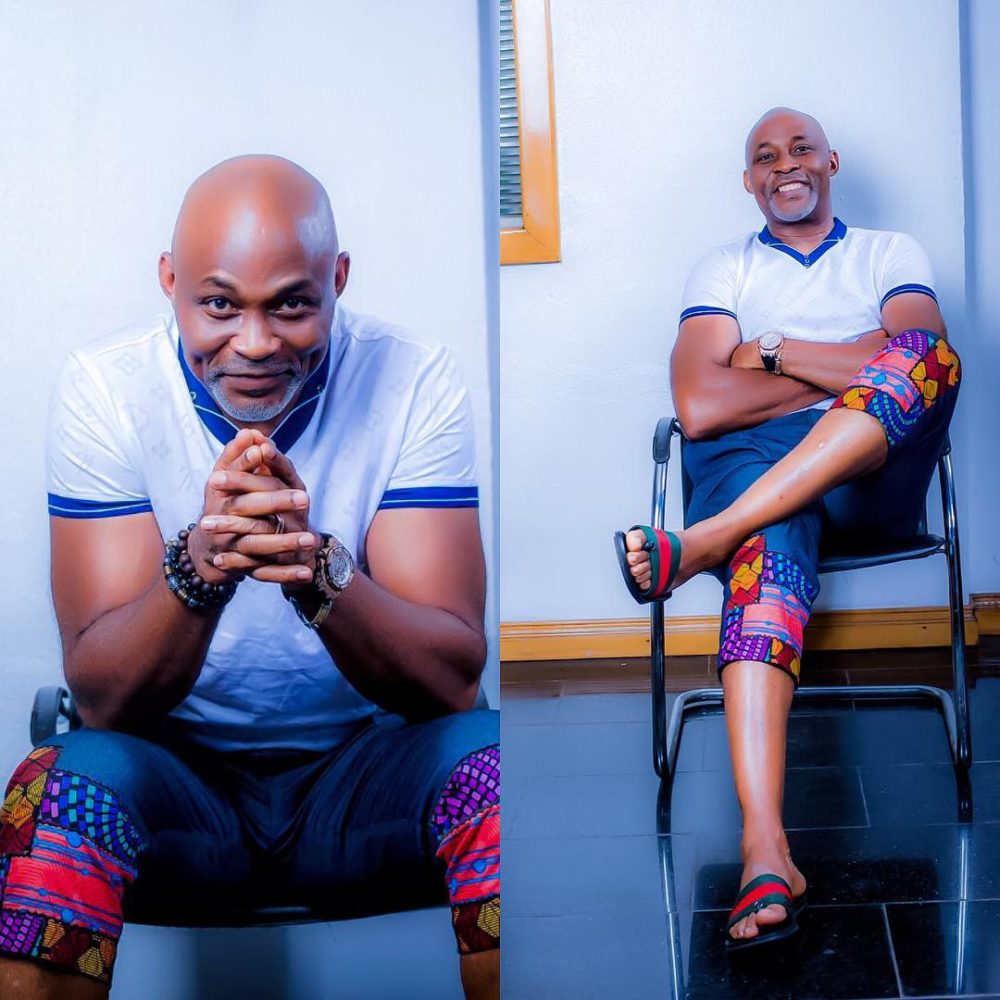 Richard Mofe Damijo is an iconic Nigerian actor popularly known as RMD. He’s the richest actor in Nigeria Film Industry (Nollywood) with over 30 years of experience as a professional actor.

RMD always delivers highly entertaining roles in movies with his level of creativity and professionalism and he has starred in both local and international movies.

His first tv series “Mr x family” just kicked off on screen a month ago starring a lot of new young talents as an influential person. He’s a lawyer and ex-politician with a very high prestige demanding a huge amount of money to cast him in a movie.

Endorsement deals knock at his door every moment making his brand at the top of the business. He’s talent actually speaks for him. The next richest actor in Nigeria is an actor turned politician. 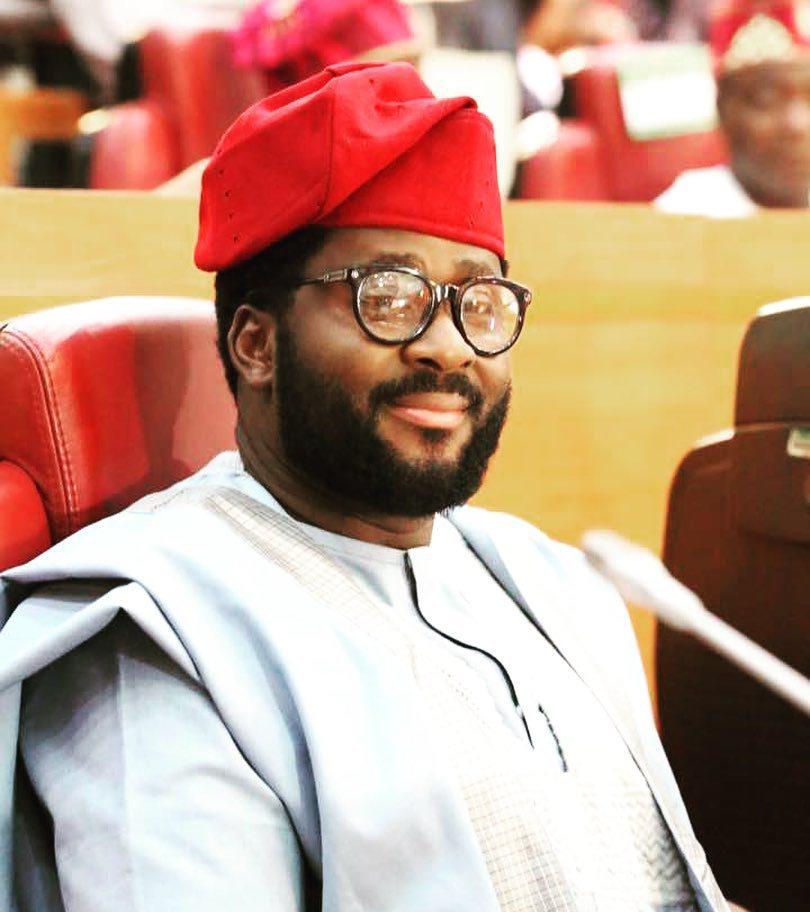 Desmond Eliot, a name with a lot of attributes that attached to it, an actor, director, producer, philanthropist, and a politician.

This is another superstar, one of the richest actors in Nigeria. His first role as an actor was in soap opera, the hottest TV series shows in the 1990s and early 2000s.

He made a huge success with his movie “Reloaded” which was produced and directed by him receiving three nominations at Africa academy awards in 2009.

He made his fortune through his acting career and endorsement deals with companies like New Nation, Globacom, just a few among others.  Politics money is not a joke; Desmond Eliot is also a politician as he wins the house of assembly seat.

Also Read: Richest Musicians in the world and their net worth 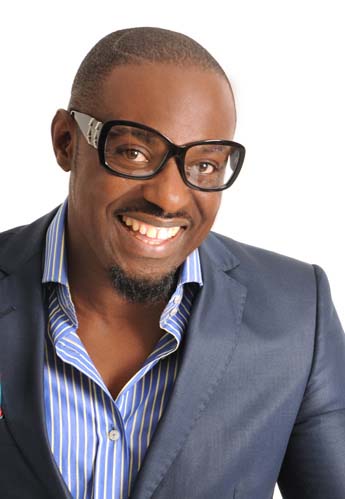 Hmm, another of the richest actor in Nigeria is Jim Iyke. You can’t talk about actors of Nigeria Film Industry (Nollywood) without mentioning his name. He is worth #8 million dollars.

Movies like “American Driver”, “Last Flight to Abuja” among others gave him a lot of recognition that he deserved as a professional actor and a versatile man that is into business, movies production and music.

Jim Iyke started acting in the early 2000s and he has his own record label and movie production company. He is also one of the highest paid Nollywood actors.

He has been an ambassador of many brands over the years and he’s not just an actor but also a director and producer.  Endorsement makes the bank smile for entertainers and with Jim, he has gotten a lot of endorsement in his career.

Also Read: Top 10 richest states in Nigeria, their worth and GDP 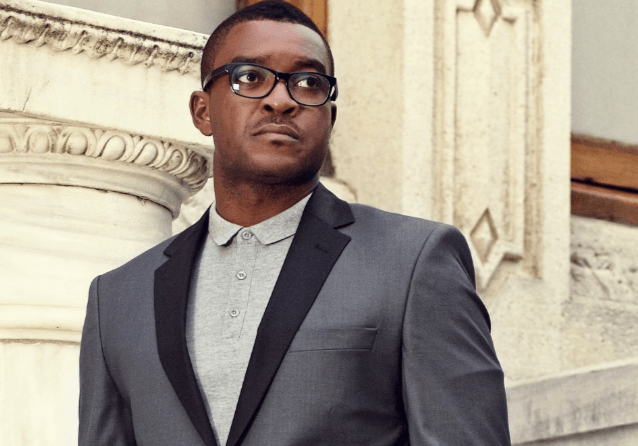 A well-known Nollywood actor Born on 17 March 1972 and also a graduate of IMT Enugu where he studied computer science, is Chidi Mokeme.

He is a TV host who anchored the show Gulder Ultimate Search back then. He’s also a model who has his own clothing line. He started his career in 1995 with the movie “Goodbye Tomorrow” and he has won several awards.

Chidi is the fourth richest actor in Nigeria. He was once an ambassador for the former telecommunication company Zodaphone and Glo. He has two children with his wife Jean Olumba Mokeme – a pharmacist and a medical practitioner.

This icon among the actors in Nigeria can speak the three major languages in Nigeria (Hausa, Igbo, Yoruba). Chidi Mokeme’s net worth is 7 million dollars.

Being an actor, model and TV host have contributed so much to his career and his life, fetching him so much income and now he’s made my list of the top richest actor in Nigeria.

Also Read: The list of wealthiest musicians in Nigeria 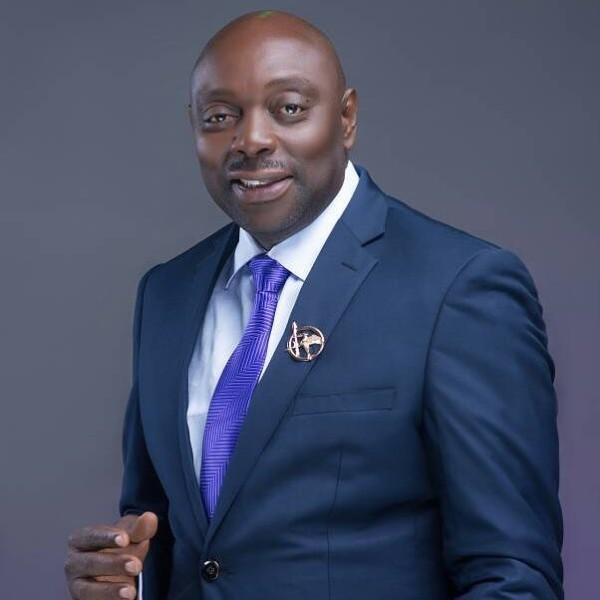 A Nollywood legend that still keeps maintaining his legacy as an actor is Segun Arinze with a Net worth of 5.1 million dollars.

He was once a president of Actors Guild of Nigeria, well known for his criminal roles in Nollywood movies. With a lot of huge success along with his acting career, he was once endorsed by Chivita and he’s an ex telecommunication Vodacom. 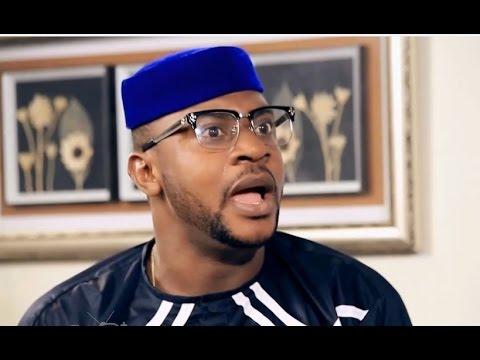 A maestro actor that has a good interpretation of roles in Yoruba movies gaining a lot of viewer’s heart is Odunlade Adekola. He’s made it to my list of the top richest actor in Nigeria.

He has brought glory to Nollywood especially Yoruba movies. He has been endorsed by companies like Conoil, Goldberg, Globacom and now own a hotel in Ogun state worth millions of naira.

Also Read: Jamb cut off mark for schools in Nigeria 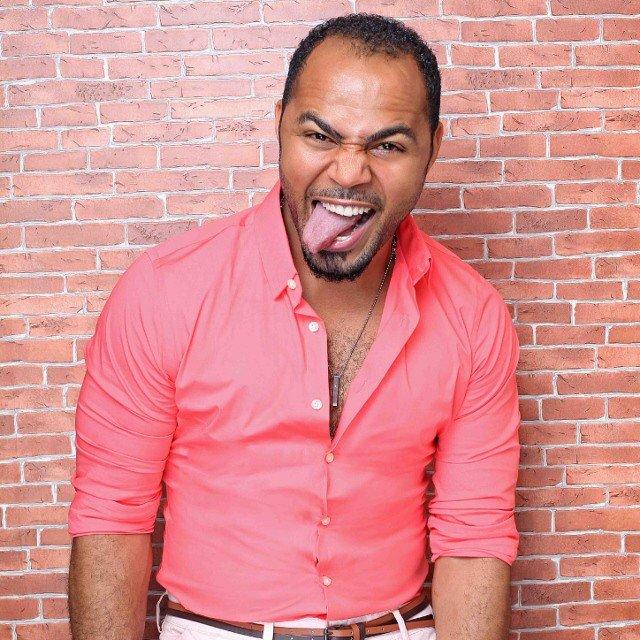 A well-known name in Nigeria which most Nigerian actor’s respect a lot is Ramsey Nouah.

He has been starred in both local and international movies with numerous credibility awards given to him as a professional actor.

He was once among the Glo ambassador’s family and western lotto.

Each of these actors can’t deny they want to be as wealthy as Africa’s richest man – Aliko Dangote. We all want to achieve more isn’t it?

More Richest Nollywood Actors and Their Net worth

Here are more names of the richest actors in Nigeria movie industry and their net worth. 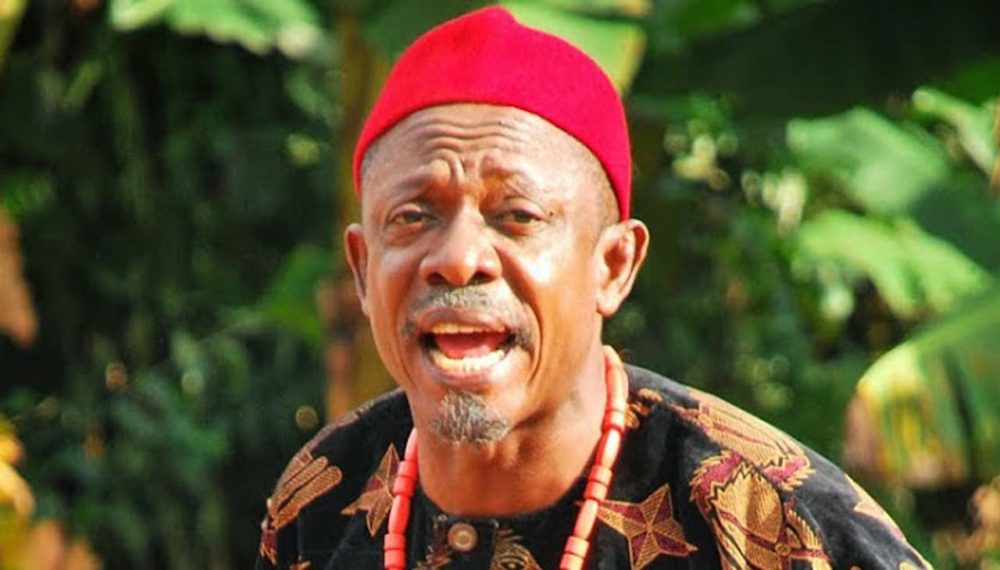 Another star on my list of the richest actor in Nigeria is Nkem Owo popularly known as Osuofia.

He is also an icon in Nollywood. Osuofia graduated from the University of Ilorin where he studied electrical electronics engineering.

As a man who felt he has a lot in him to unveil he made his way into acting back in his university days, he came into limelight when he was a cast in the movie “Osufia in London”.

He made a small fortune when he signed an endorsement agreement with the biggest telecommunication company in Nigeria MTN in 2017. 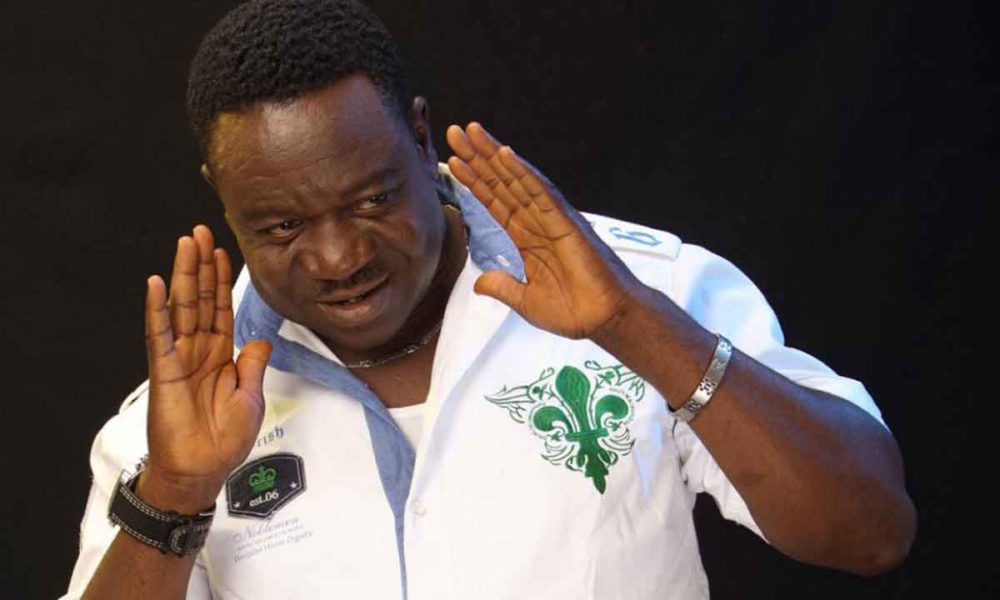 Also on my list of richest actors in Nigeria is the multi-talented funny Nollywood actor who has brought joy to other people’s life – John Okafor is popularly known as Mr. Ibu.

His success story as an actor doesn’t come with a platter of gold. Being from a poor background, ex-hair stylist and once sold firewoods for living that is why he’s a role model to most Nollywood actors and comedians.

He’s rated as one of top Nollywood comedian and his success story showers more blessings when he got a deal with GoTv and Merry bet which is one of Nigeria’s top betting sites.

Also Read: Top 13 teenage celebrities in Nigeria of all time 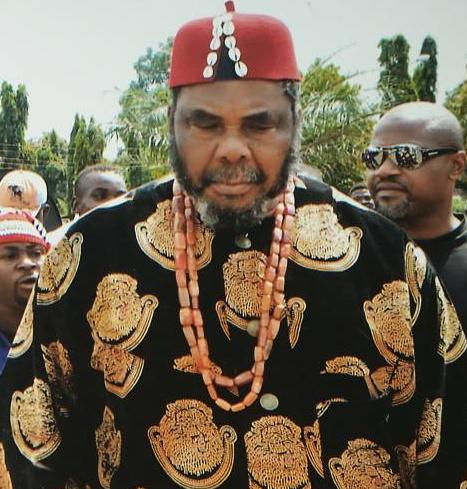 A legend in Nollywood and also one of the top richest actor in Nigeria is Pete Edochie with a net worth of 3.8 million dollars. He has won lots of awards and also given the best actor in the continent of Africa in 2001.

Pete Edochie came into limelight when he was featured in the movie ‘’Things Fall Apart’’, his beard has been an inspiration for playing roles like Igwe, leader of a cult gang and native doctor in Nollywood movies.

Also Read: Who is the richest king in Nigeria today? 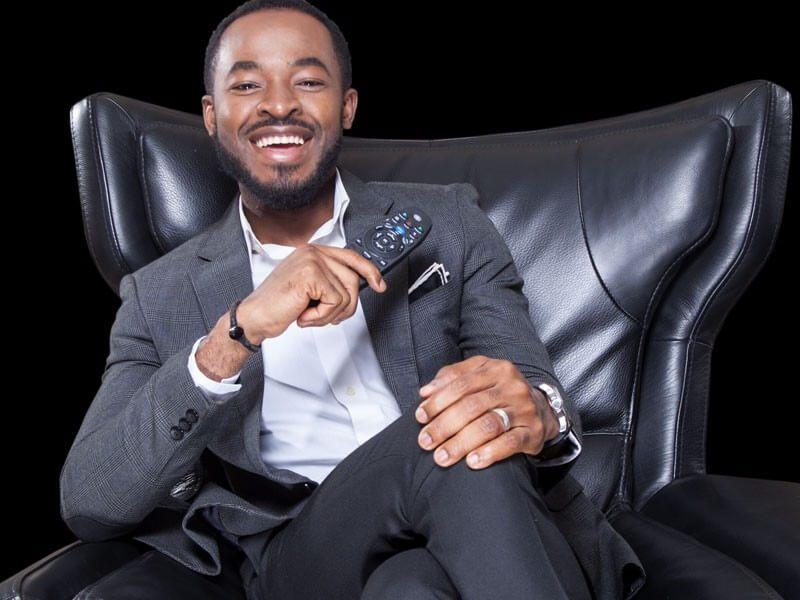 O.C Ukeje with a net worth of 3.7 million dollars is the winner of Amstel Malta box (AMBO) reality tv show for actors in 2006.

He has won numerous awards as a talented actor which includes best actor awards at Africa Magic Viewer’s choice award twice in 2013 and 2015.

MUST READ: Wizkid and Davido Who Is the Richest? 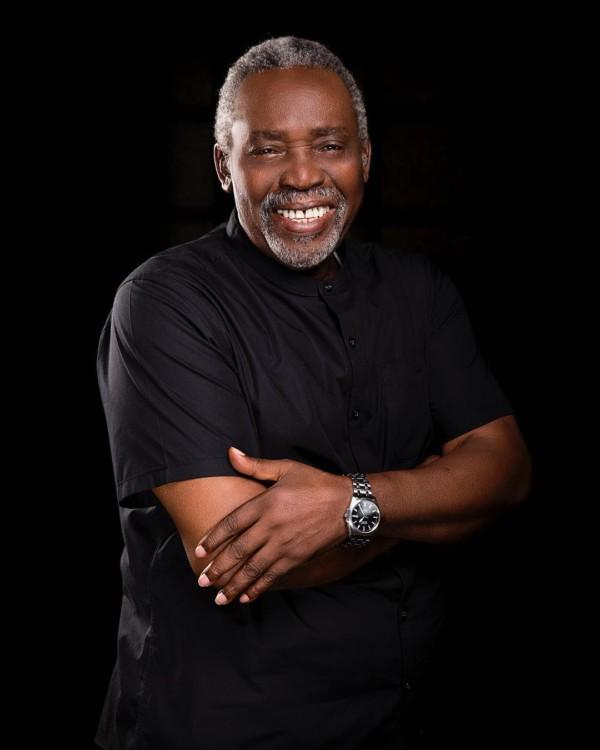 One of the veteran legends that have paved the way for new generation actors. He started his career in England where he was trained as a professional actor.

He came into Nigeria after 20 years of acting in Britain. He is one of the most respected actors in Nollywood cause of his contribution so far to the industry.

Who Is the Richest Actress In Nigeria 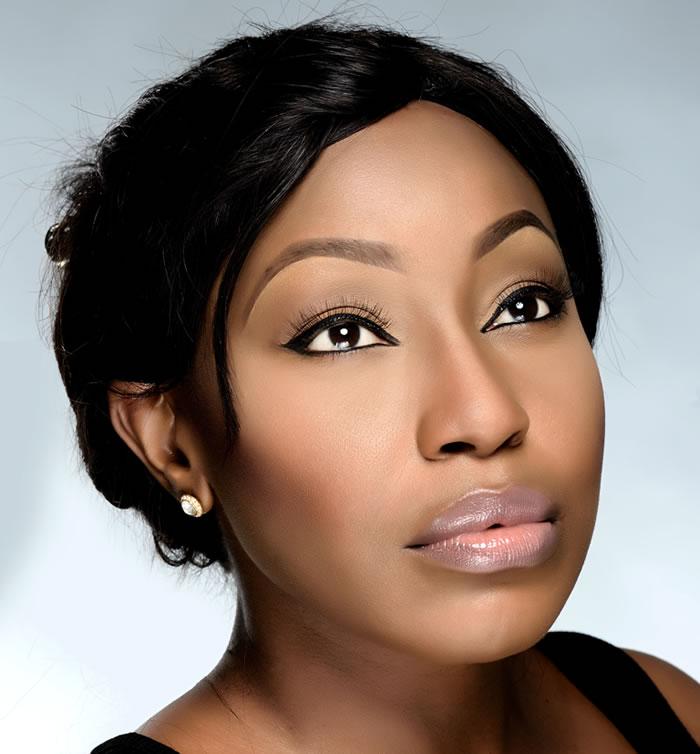 Over the years we’ve seen a lot of actresses on screen doing what they do best and these actresses are elevating our industry both home and abroad, but there is someone that is just an extraordinary actress making huge progress over the years with her level of professionalism.

To be precise, she’s one of the most respected stars in Nollywood and she’s the richest actress in Nigeria right now.  Who am I giving all these accolades to, you are about to know in a bit. Just scroll down and check it out.

It’s no other but our Nollywood Diva, Rita Dominic. She’s also made our list of top Nigerian actresses of all time.

Rita Uchenna Nkem Dominic popularly known as Rita Dominic is an awarding winning actress who has been in the industry for over 18 years now.

She has featured in more than 180 movies. She started her career in the late 1990s.

She has won numerous awards so far including AMVCA in 2014.  “The meeting” one of her movie produced in 2014 contributed so much to her and her career.

I remember one interview done with the richest actor in Nigeria RMD; Richard said Rita Dominic can be compared shoulder to shoulder with any actor in the world. This means she has the talent in her blood.

Rita is from Imo state and went to Federal Government college Ikot Ekpene Akwa Ibom state after she processed to the University of Port Harcourt where she bags her bachelor degree in Theatre Arts.

There you have my list of the richest actor in Nigeria. Like I said, hard work pays. These people did not just make it to the list of top Nollywood actors; they paid the price for success.

We all can become something in life by looking inwards and working on what we’re good at, taking simple steps every day on our journey to becoming great.