Uncategorized
By Adeola Oluwatayo
May 31, 2020

If you’ve always wanted to know how young Nigerian celebrities rose to fame, sit back, relax and enjoy as I take you through my list.

The young shall grow, so they say, and when they do, always remember they’ve once being teenagers.

Almost all of our celebrities in Nigeria started as teenagers, but before we dig into the list let me quickly explain what it means when we say someone is a teenage celebrity.

Who Is a Celebrity?

A celebrity is a person who is famous especially in the entertainment industry such as film, music, comedy, writing, and sport.

You should read our post on the most paid footballers in Nigeria, as they are celebrities in the sports world.

Celebrity comes from the Latin word celebritatum which means famous and is related to the word celebrate.

On the other hand, a teenager is a person who falls into the age bracket of 13-19 years. They are called teenagers because their age ends with teen.

Hmm, let’s see what I’ve got in my list of celebrities who started as teenagers. 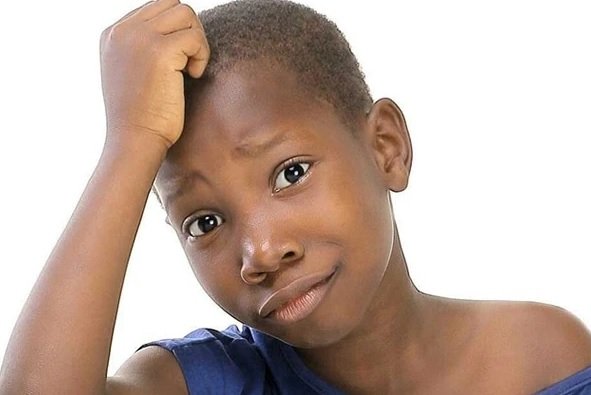 I’m not sure if I should refer to this precious jewel as a teenager, but she sits perfectly well on this list of teenage celebrities in Naija.

Her full name at birth is Emmanuella Samuel and she was born on 22nd July 2010 in Porth Harcourt, but she’s from Imo state.

She was only 6 years of age when she became super famous with her comedy skits, as produced by Mark Angel. Today, she’s one of the top 10 richest kids in Nigeria.

She loves fashion, has taken a fashion design course and makeup inclusive and her funny personality has opened and still opening doors for her. 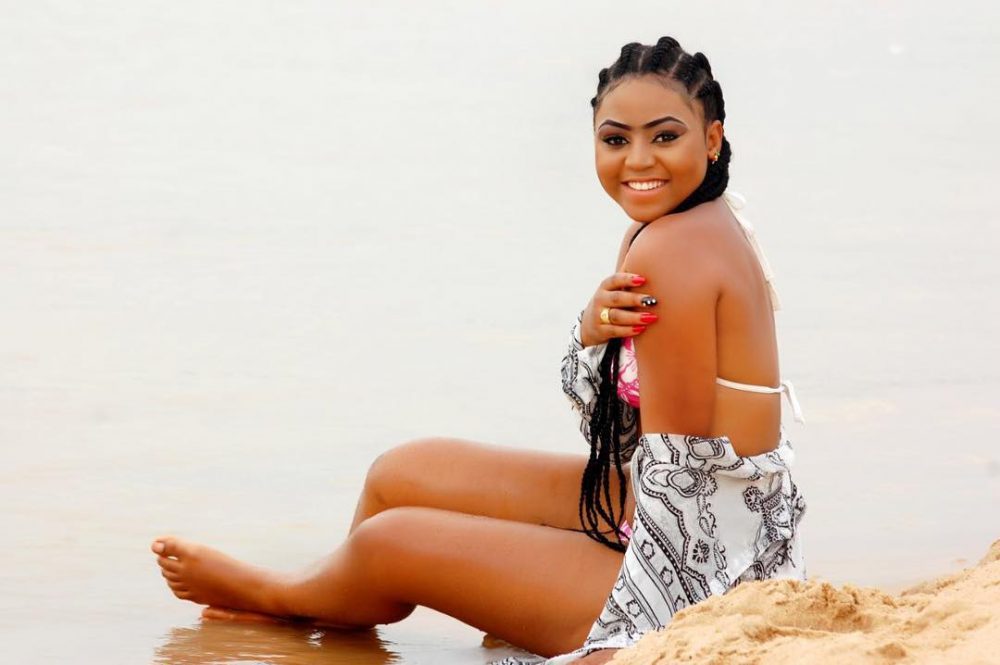 Regina is also on my list of top Nigerian teenage celebrities. October 16, 2010, was her birthday and she’s is a Nollywood Actress.

She became a celebrity in 2016 after featuring in a movie called Traditional war, she has acted in a whole lot more movies.

Some of the movies she has acted in are Dumebi in school, the python girl, the batman, the Jericho, etc. She is one of the actresses in the movie industry that will be killing it in the coming years.

What do you expect successful Nigerian celebrities to do for their kids than pave ways for their children to achieve even more?

Meraiah Ekeinde is the daughter of popular actress Omotola Jalade Ekehinde and she was born in the year 2000 on 7th of February.

She’s bagged a degree from Cyprus University and now Mereiah is studying at a Fashion Institute in California, works as a model and has a big future of a fashion designer. 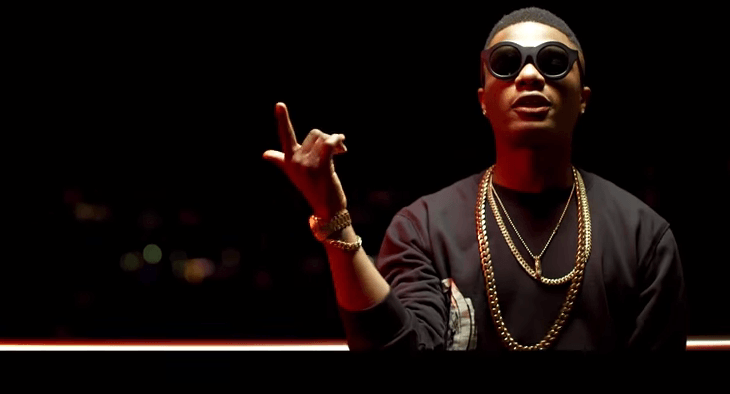 Ayo Balogun popularly known as Wizkid tops my list of celebrities who started out as teenagers; Wizkid was born July 16, 1990.

He is a musician and an entertainer; he also owns a record label known as Star boy records.

Did you know that Wizkid made our list of most sought after musicians in Nigeria? You should check who is the first on that list.

He started singing far back as 2001 but became a celebrity when he bagged his recording deal with EME records in 2009, he was nineteen years of age at the time.

Wizkid has since then worked with a lot of music artists both locally and internationally; the likes of Olamide, Tiwa Savage, Banky W, Wande Coal, Drake, Tinnie Tempah, Casper Novest, just to mention a few.

He has been nominated for a lot of awards locally and internationally and has won a whole lot of them.

Wizkid has since then produced three albums which are Superstar in 2011, Ayo in 2014, Sounds from the other sides 2017.

His net worth is $12-14 million.  Yes, this young Nigerian celebrity is unstoppable. Now you, see why he is the number one on my list. 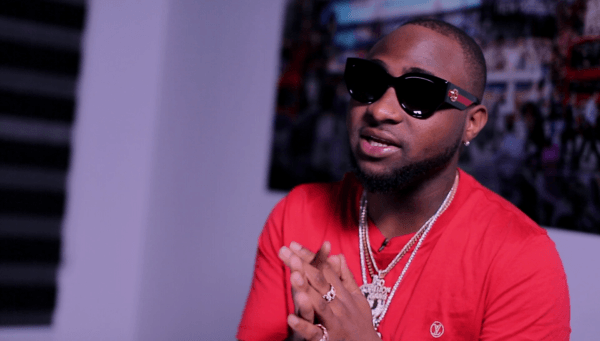 Also on my list of Nigerian teenage celebrities at the start of his career is Davido, he was born on November 21, 1992, in Atlanta Georgia to chief Deji and Vero Adeleke.

He is a singer, producer and entertainer, he owns a record label called DMW records and has signed in other young artists. He has a couple of endorsements some of which are with MTN, Guinness, Pepsi to mention a few.

He has released three albums since the beginning of his career which are Omo baba olowo in 2012, the baddest 2015, Son of mercy 2016.

His net worth as at the time of this writing is $16 million. Though there has been a lot of controversies when it comes to who is the richest and most successful between Davido and Wizkid, I also wouldn’t want to start another topic on that. 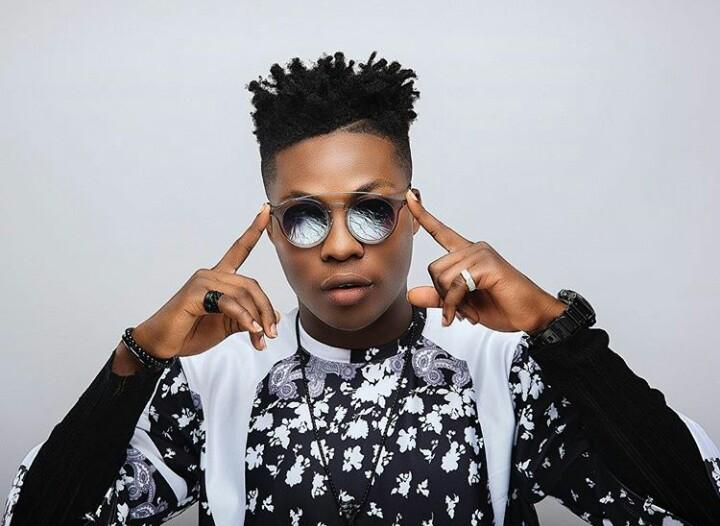 Ayoleyi Solomon with the stage name Reekado Banks is also on my list of Nigerian teenage celebrities. He was born on 6th December 1993; he is an artist, singer and songwriter signed to Mavin’s records.

Reekado Banks started singing at age 14. He was signed to Mavin’s records after he graduated from the University of Lagos by Don Jazzy.

He has collaborated with a lot of artists such as Ycee, Korede Bello, Tiwa Savage, Vanessa Mdee, etc. He has an endorsement with Globacom. Also, he has been nominated for a lot of Awards; he has won some and lost some as well.

Reekado has launched his first Album Spotlight in 2016 and he is doing very well for himself. His net worth presently is $600,000. The future looks bright for this young celeb. 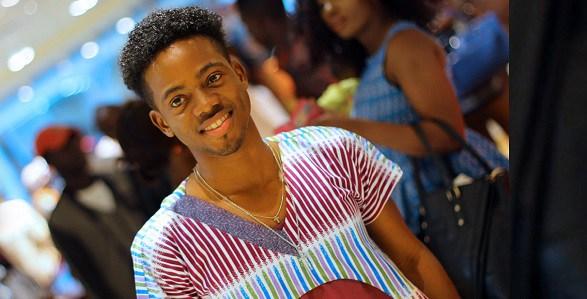 Korede was born in Lagos state on the 29th of February 1996, here we have another Nigerian teenage celebrity.

He is a singer and songwriter, he is signed to Mavin’s records as well as he has been singing since the age of seven.

The popular Godwin guy became a celebrity after he was signed to Mavin’s records and has since then worked with different artists, some of them are Tiwa Savage, Kelly Rowland, Lil Kesh, Dija, etc.

Korede has been nominated for awards which he has won few of them, he has won 1 teen choice Awards, the Headies Awards, the Nigerian music video Awards, etc.

He released his album called beloved in 2017, he also has an endorsement with Globacom and he is worth $400,000.

Also Read: The top 10 wealthiest musicians in the world and their net worth

Lil kesh as he is popularly called is another Nigerian teenage celebrity on my list. He is born on March 14, 1995, in Bariga, Lagos state.

He is a rapper and singer and was formerly signed to YBNL Records. He has his own record label now which he called YAGI records. Lyrical! Lyrically, the guy no too well just like he said.

Though a wonderful rapper, Lilkesh did not make our list of top 10 best rappers in Nigeria. You should check that out to see the top 10 Nigerian rappers, fastest rapper and the richest.

Lilkesh became a celebrity at the age of 17 after getting his record deal with Olamide of Ybnl records. He has collaborated with other artists as well. Now, he calls himself king of the new school.

His net worth as at the time of this writing is $1 million and you can download his songs on any of this music blogs in Nigeria. 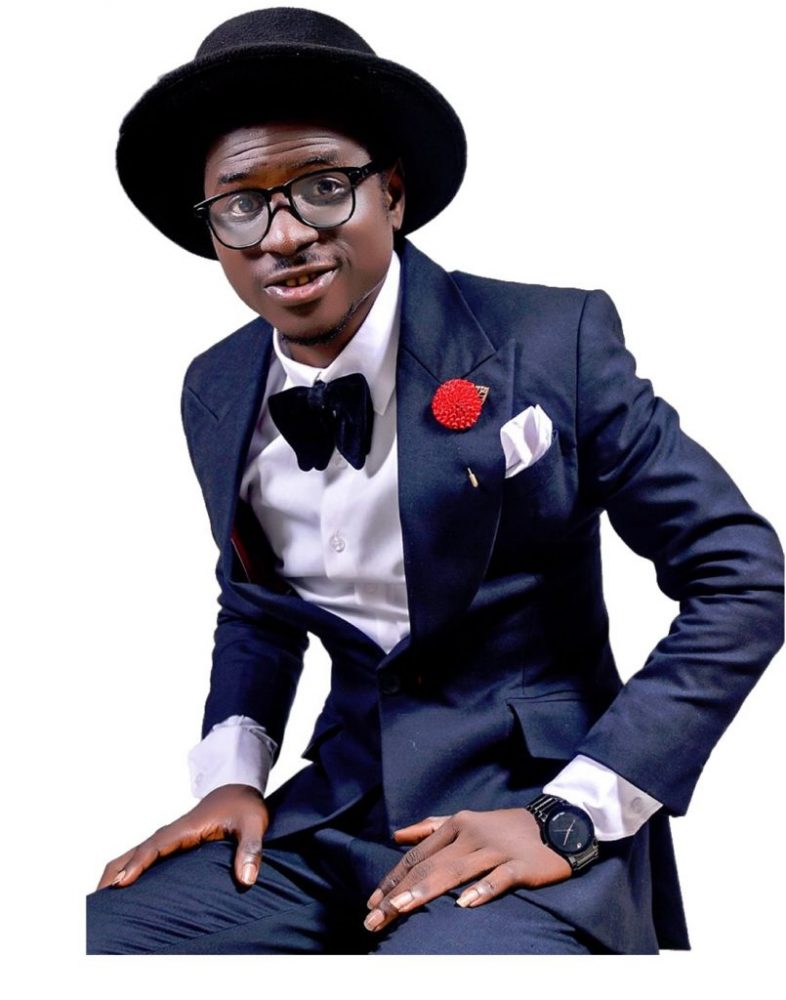 Yes, Otolorin Kehinde Peter is his name! He was born in 1994 and undoubtedly one of the top 20 Nigerian comedians to follow on Instagram.

There are 7 children in his family. He is the youngest of them. His mother actually gave birth to twins twice. Hmm, that’s interesting.

He is one of the most popular stars in the Nigerian entertainment industry today, known for his impressive music comedy performance.

Many fans began to notice Kenny back in 2011 when he participated in the Calabar carnival.

This popular event is certainly the suitable spot for any entertainer who wants to show off his/her skills After noticing his talent, many organizers of large events began to invite the artist to perform. His popularity grew rapidly.

Jon Ogah is also on my list of Nigerian teenage celebrities, this young celeb is a singer and songwriter.

He became a celebrity after he won Glo Naija sings at the age of 19, he released a single after that featuring Sasha called tonight.

He just released a single where he featured Simi and Adekunle Gold called Uncle Suru. He isn’t doing bad I would say. 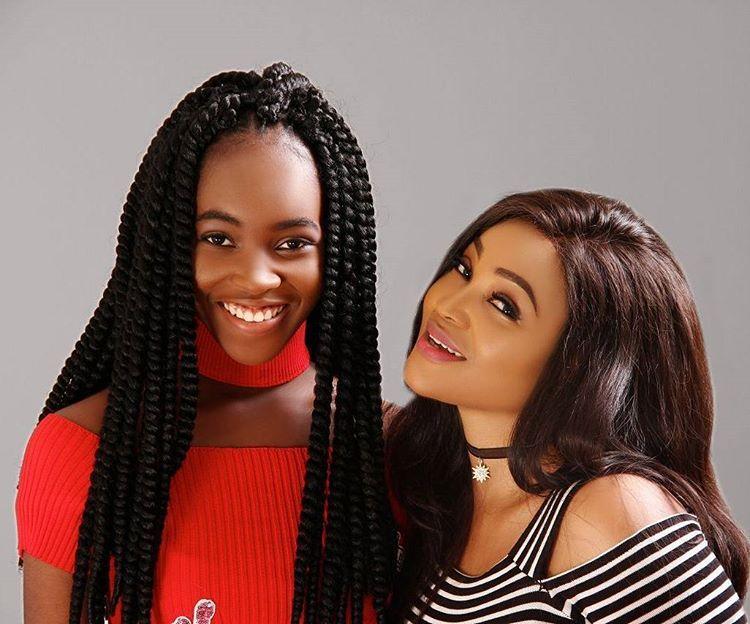 Michelle Aigbe is the daughter of famous Nollywood actress Mercy Aigbe, she was born July 21, 2001.

She is a model and she has modeled for Abike dominated, Topshop etc. This 17-year-old is another talent on my list of Nigerian teenage celebrities. 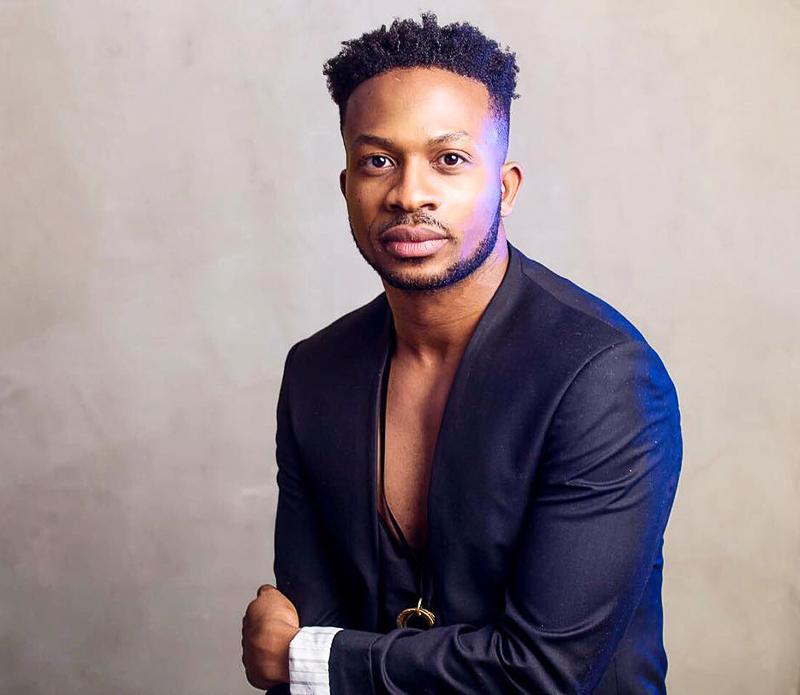 Adebayo Oke is a fashion designer of a male fashion brand, creating classic wears designs and Nigerian native attires styles. He is the creative director of Orange Culture.

Adebayo has worked with a lot of artist such as Tiwa savage, Rita Dominic, Ebuka Obi Uchendu of the popular big brother, Denola grey, Mocheddah, Maleek Berry to mention a few.

Also Read: Latest Fashion and Style Trends of all time

He also recently partnered his brand with Davido called “IF” collections. He received The Future African Award prize for fashion and design in 2016.

Damilola Afolabi was born on April 10, 1993 in Lagos state. He is a singer, rapper and songwriter. He released his first single in 2012 in which he featured Ice Prince, he later signed a recording deal with Starboy Entertainment in 2013.

He won the Nigerian Entertainment Awards in 2014, He is another Nigerian Teenage celebrity on my list.

Would you mind checking the list of the top 10 richest women in Nigeria and their net worth? Get informed.

There you go, my list of 13 Nigerian celebrities that started as teenagers. We all can achieve, we just need to start somewhere.

Start working on something you believe, keep believing and one day the doors you’ve been knocking all this while will open and you’ll be celebrated.