Jamb Cut Off Mark Admission for Schools In Nigeria

Before the emergence of jamb and jamb cut off mark, Nigeria had Federal Universities for tertiary education.

So when making plans on gaining admission into universities, polytechnics or colleges of education you should know the utme cut off mark.

If Federal universities were the only citadel for higher education, isn’t that monopolistic? But there’s a catch to it…

These federal universities were not making use of utme cut off mark then; they conducted their admission exams themselves from beginning to end. What!??

Gaining admission into these Federal universities, listed below…

…did not involve writing a Jamb exam, talk less of passing the jamb cut off mark. Isn’t that interesting?

Then came the ‘oil boom’ and Federal Universities and other tertiary institutions started surfacing in other locations within the country.

Seeing as this method of admission, that does not make use of Jamb cut off mark, was not cost effective especially on the part of the soon to be university undergraduates.

Jamb was established in the year 1978 to provide a cost-effective way of getting admission into any of these Nigerian universities. 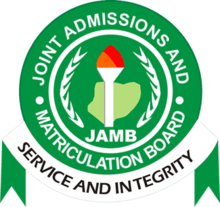 …the fast beating of the jamb applicants’ hearts, the sound could be heard half a mile from them, the ears of the One who answers prayers filled with incessant prayers of reaching utme cut off mark…

…the cafe attendant feeling indifferent, as his business was to make as much money as possible when he check jamb result on the official Jamb website or Jamb portal as you wish to call it.

Let us not forget those who Jamb jams every year, they are sweating profusely as the page is loading…it is inexplicable how year after year, they could not meet the Jamb cut off mark.

Upon completion of secondary school, those that wish to further their education write the Joint Admissions and Matriculation Board Examination.

The Joint Admissions and Matriculation Board, JAMB, exam and the JAMB cut off mark surfaced in the year 1978. The JAMB exam is an entrance examination exclusive to Nigeria tertiary institutions. 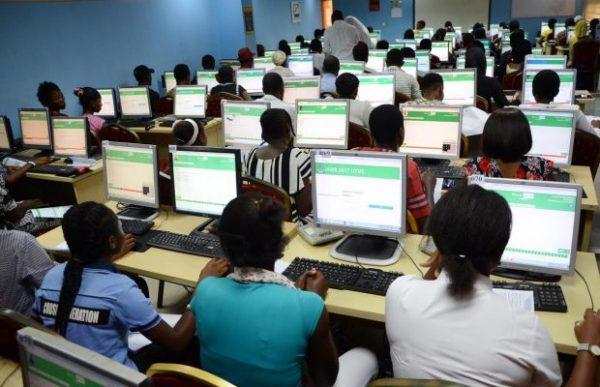 Just like the Jamb registration is done once a year, the exam is also done once in a year; each registered candidate to his/her examination paper, in the examination hall, for a maximum time of 2 hours.

The Jamb examination is scored 400 overall with the JAMB cut off mark of 200. JAMB is one of the prerequisites for a post JAMB or post UTME.

So, undergraduates to be, before you start saying “I want to check my jamb result” I’d advise that first, you do the needful so that when you’re checking, you’ll do that with great confidence that you’ve passed so well.

Post-UTME is an entrance examination conducted by tertiary institutions for students, who have passed the set Jamb cut off mark, trying to gain admission into the institution.

Each post UTME exam is peculiar to each tertiary institution. That’s their decisions o, nothing concern JAMB office for this one. 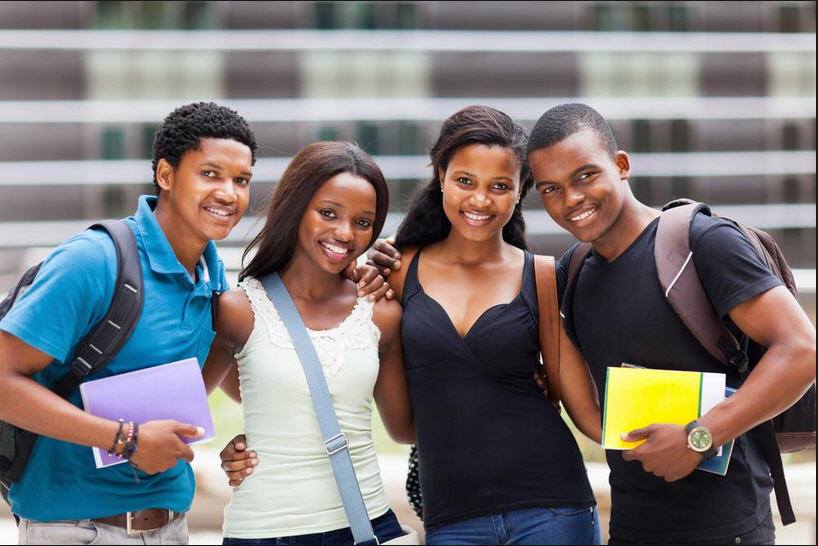 The beautiful day of Tuesday 22nd of August, 2017 saw people seated around a table; the result of this meeting was a minimized Jamb cut off mark from the minimum cut off mark we all knew.

The new minimum jamb cut off mark was set at 120 for universities, 110 for colleges, and 100 for polytechnics.

Also Read: Quick Video – Is University Education Worth It – The Pros & Cons 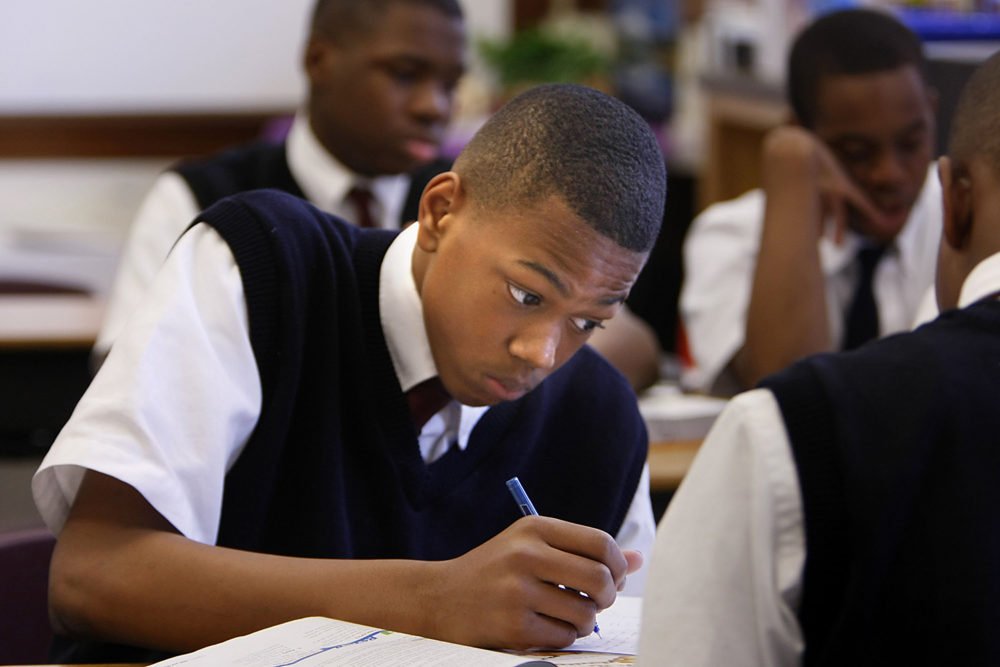 Also Read: How to check waec result without scratch card

Jamb Cut Off Mark For Unilag

Yes, I have a special subheading for Unilag cut off mark. The University of Lagos is one of the top universities in Nigeria, top socialites, arguably has also got the top brains; it is no wonder getting into the school is competitive.

Tell me who doesn’t want to gain admission into this prestigious institution? And of course, many of us also wished we graduated from this citadel of learning.

Be mindful that getting a Jamb score of 180 does not guarantee your admission into the school as they say “you say your father’s farm is the biggest until you see the farm that is bigger than his”.

There are other students with higher jamb scores than 180 also trying to gain admission into the University of Lagos.

UTME Cut Off Mark For Polytechnic

Polytechnics are not excluded when talking about tertiary institutions in Nigeria.

One of the steps to take towards gaining admission into any of the polytechnics in Nigeria is participating in the Joint Admissions Matriculation Board Examination and passing the polytechnic Jamb cut off mark.

Here is also a list of some polytechnics and their Jamb cut off marks as set by these institutions.

Also Read: Why Schooling Should Not Affect Your Education

Jamb Cut Off Mark for College of Education

The minimum Jamb cut off mark for colleges of education is 110. Yes, kinda low right?

The National Commission for Colleges of Education was established by Decree (now Act) 13 of 17th January 1989 (Amended Act 12 of 1993) as completion of the tripod of excellence in the supervision of higher education in the country.

The establishment of the commission was a resultant effect of the utmost importance accorded to quality teacher education by the Federal Government of Nigeria. Since its inception, the Commission has continuously pursued goals of quality assurance in teacher education.

The pride of the commission is based on the seminal philosophy in the National Policy on Education (NAPE) which states that “no education can rise above the quality of its teachers.

UTME Cut Off Mark For Medicine And Surgery 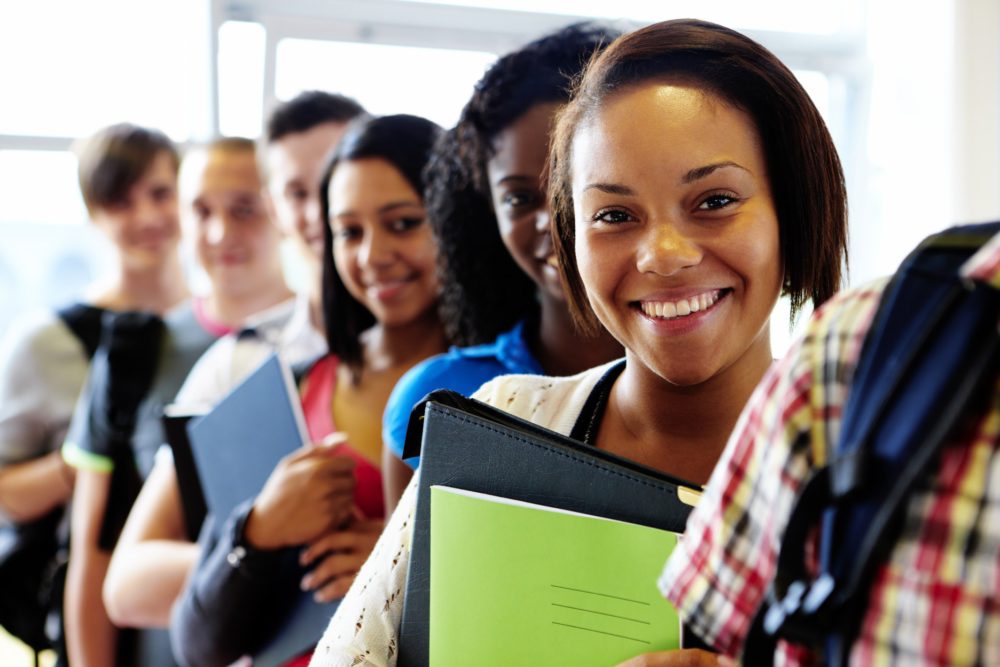 I remember how we believe it is only the extraordinary intelligent ones that study courses like medicine, and surgery…I do not know if such a belief still exists.

The fact still remains that these courses are very competitive especially when it comes to securing admission to study any of these courses in a tertiary institution.

It does not end there as even after gaining admission, these courses still need the best performance.

To be on the safer side, if you wish to study any of these competitive and lucrative courses, endeavor to score a minimum Jamb score of 200 irrespective of the institution you are applying to.

Potential law students, sorry I’ve got nothing for you here, if I were interested in law I would have got info on Jamb cut off mark for law. #Mabinu, maybe Emma update this post with that.

Also Read: Which is the best private university in Nigeria today?

Jamb Cut Off Mark For Nigerian Universities and Colleges (Summary)

The Jamb cut off mark is a pass mark set by the Joint Admissions Matriculation Board itself. It is an average, the lowest possible mark a participant can get.

Gaining admission into any of the tertiary institutions in Nigeria require you meeting and even passing the set cut off mark as competition is high.

Once Jamb exam is set and the day comes, candidates go into their respective UTME centers with their jamb, write the exam, and I think a week after, the result is out.

WARNING: You can only get Jamb latest news on the official website of JAMB, so be careful when it’s time to check your results and you start seeing different outlets screaming for the money in your pocket.

Aurora Maikudi
Aurora is a contributing writer at Oasdom.com. With a deep interest in researching and finding solutions, Aurora hopes to share her work with all oasdom fans and visitors.
Share
Facebook
Twitter
WhatsApp
Linkedin