According to Rapper Olamide Baddo, “if it’s not making then its definitely not making sense”.

Not quite long, we also gave a quick roundup about the top 10 richest football players in Nigeria, so you can check that out as well.

Music is life and many talented singers in Nigeria have made their mark. Talk about the expensive lifestyles and luxury living the flaunt, you’ll always want to know the richest.

In this article, we bring you the top ten richest Nigerian musicians and their net worth.

David Adeleke, A.K.A Davdio is the richest musician in Nigeria.

Davido who is often called OBO (Omo Baba Olowo) is the richest musician in Nigeria.

He is a Nigerian producer, Singer, songwriter, record producer.

Davido is the co-owner of HKN music and he produced songs for Tiwa Savage, Skales, and Naeto C.

Also, he has collaborated with many notable superstars across the country. In 2012, he signed an endorsement deal with MTN and also an ambassador of Sony music.

This lover boy recently purchased an N45 million Porsche car for his girlfriend Chioma for her 23rd birthday and got an endorsement deal of N60 million for her. That is what we now call Assurance.

In fact, when he is in the mood, he stunned his fans on social media with different gifts. He has won numerous awards e.g. Nigerian entertainment awards, Nigerian music video awards, Ghana music awards.

Davido has many luxurious cars which include Toyota land cruiser, Mercedes Benz (AMG series G-Glass), and many more.

With Davido’s net worth at N20 billion still, he can’t be able to compete with the top ten richest musicians in the world.

It is also always an argument about the richest between Davido and Wizkid. In reality, Davido is actually richer.

On our list of the top 10 richest musicians in Nigeria and their net worth is Ayodeji Balogun Ibrahim, popularly known as Wizkid.

Born in 1990 and the only male child in his family.

He was 11 when he developed his passion for music and he got his inspiration from musicians like King Sunny Ade, and late Fela Anikulapo, and when he met Banky W his life changed.

Did you know that Wizkid’s formal stage name was “Lil Prinz” but in 2006, he changed his name to Wizkid?

Wizkid is the CEO of Star Boy records and has collaborated with notable superstars like Run Town, Drake, Wande Coal, and many more.

Wizkid owns many mansions and a lot of luxurious cars including BMW cars, Bentley, Mercedes, and many more.

He has signed many endorsements deals with brands like Pepsi and Glo which has earned him hundreds of millions including the biggest endorsement deals in Africa from the UBA Group.

Wizkid’s net worth is growing at a rapid rate and rising as he continues to break more grounds.

Having a net worth of N18 billion in 2021,  he is 2nd in the list of top ten richest musician in Nigeria. 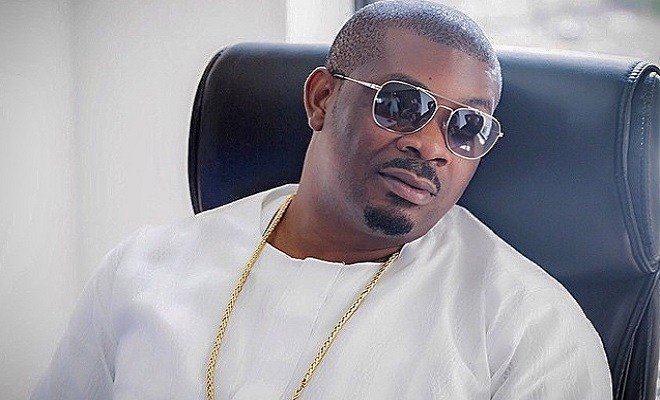 Michael Collins Ajereh known as Don Jazzy or Don Baba J is also one of the top 10 richest musician in Nigeria.

He was born on 26th November 1982 and attended Federal Government College, Lagos.

He then proceeded to Ambrose Ali University.

Don Jazzy’s net worth has earned him a spot on this list. He is a producer, Nigerian singer, songwriter, and performer and the CEO of Marvin’s records.

He has produced many albums and singles for many artists in Nigeria and winning stars like Dbanj, Reekado Banks, Dija, and Korede Bello.

Apart from being a music producer his source of income also comes from different endorsement deals which include MTN and Loya milk.

He has won many awards which include Nigerian music award, city people entertainment award, headies award, and many more.

Oladapo Daniel Oyebanjo known as D banj who was born on 9th June 1980 in Zaria cannot be excluded from this list of top 10 richest musicians in Nigeria.

He was enrolled in the Nigerian military school and he proceeded to study mechanical engineering at Lagos state university.

This young billionaire has secured deals from numerous endorsement deals with heritage bank, energy drink known as power fist, and Sony. He is also an ambassador of Bank of Industry (BOI) and Globacom.

D Banj charges over N6 million per show He has won many awards e.g. best collaboration and so on. His net worth is N12 billion. So, he makes the list to the top ten richest Nigerian musicians.

I’m not done yet, here’s more. 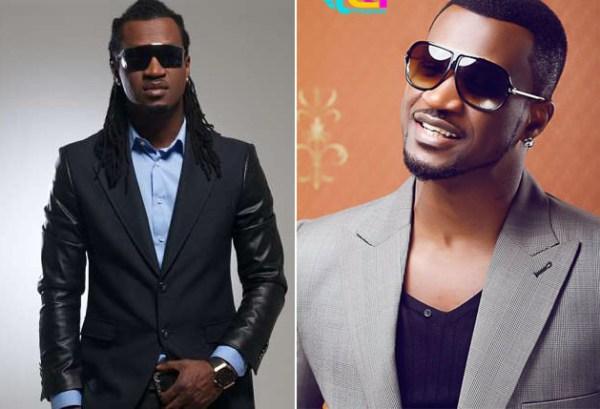 Peter Okoye and Paul Okoye were formally known as P square. Psquare net worth is no joke, but things changed.

The duo and identical twins can never be left out when we are talking about the top 10 richest musician in Nigeria.

They were born on the 18th of November, 1981 in Jos.  They went to St. Murumba secondary school a small Catholic school in Jos and later joined school music and drama club.

In 1999, they went to the University of Abuja. They were both recording artists, performers, and popular breakdancers.

They both performed the album with artists like Sean Paul, Akon, and Ginuwine.

They released music album as Get squared, Danger, Game over and many more.

Who does not know about any of these albums? They collaborated with 2face Idibia, Frenzy, and J Martins.

Their recent split led to a change of name and now he is referred to as Mr.P

Peter had endorsement deals with Kia motors, Olympic e.t.c that worth millions of naira, and both of them have won many awards which include Nigerian magazine awards, city magazine, the headies, Kora awards and many more.

So, on our latest rankings of the top 10 richest musician in Nigeria, we’ve given the top five.

Let’s see which of your favorite musicians made it to the top ten, as ranked below. 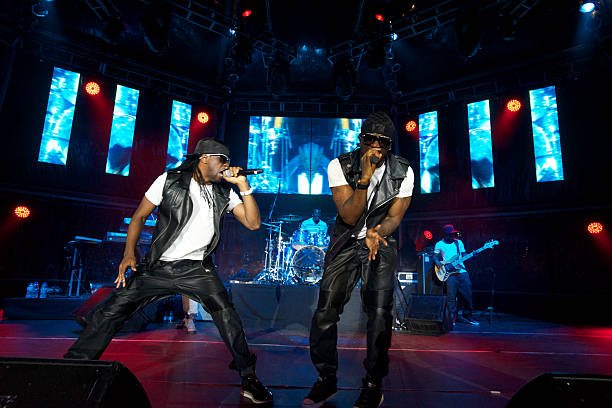 unsurprisingly on the list is Paul Okoye, who changed his stage name into Rudeboy after splitting from his twin brother in the group known as P square.

He and his brother were born on the 18th of November, 1981 in Jos.  and followed the same path in terms of college and university education.

His latest musical works come in the name of the popular hit singles; “Reason with me” and “Audio Money”.

Also on 6th on the list of top 10 richest musician in Nigeria is Innocent Ujah Idibia whose stage name is known as 2Face or 2Baba.

He is a record producer, songwriter, and Nigerian singer.

He was born on 18th September 1975 and he completed his secondary education in Markudi.

2Baba has a record label known as Hypertek entertainment. He charges close to N1.3 million per show.

For example, he signed deals with Glo, Campari, Guinness Nigeria, NAFDAC, and also in 2010 he signed a deal with Airtel worth #20 million.

According to Forbes, his net worth is currently N6 billion. 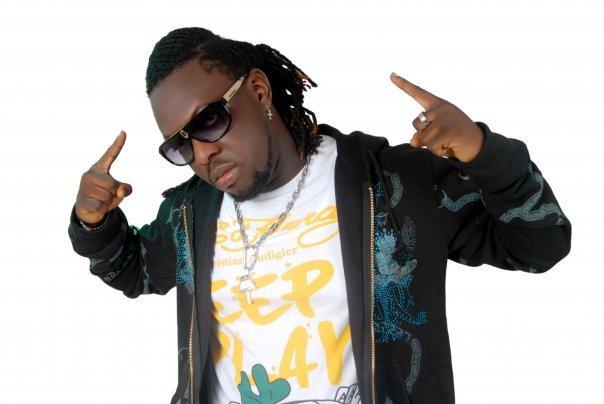 Entimi Alfred Odom popularly known as Timaya has also made it coming 7th behind 2face.

He was born on 2nd November 1980. Timaya is a Nigerian singer and songwriter and he is the CEO of  DM Record label.

He has collaborated with Phyno, Terry G, K solo, Kefee, J.Martins, and others. Timaya has endorsement deals worth millions with Glo and cognac brand Hennessy.

He has numerous mansions and luxurious cars that are worth hundreds of millions. In fact, for Timaya to show up or even perform at any event, the indigene of Bayelsa state charges 8 million Naira. His net worth is N5.5 billion. 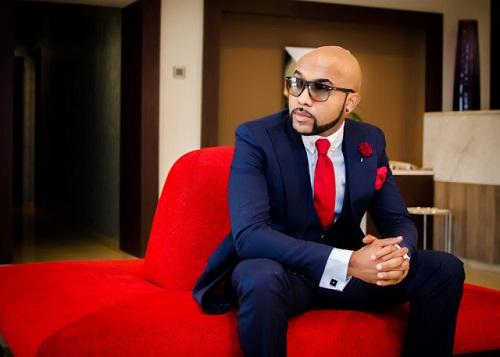 Olubankole Wellington known as Banky W or Mr. Capable was born in 1981 in the United States of America.

He attended Corona primary school and he studied industrial engineering in New York.

Apart from music, the husband to the pretty actress Adesuwa is also into event host, acting, and film production He is also the CEO of EME records. His albums include undeniable, Ebute Metta, Capable, etc.

He has signed many endorsement deals worth millions and he is a brand ambassador for many companies e.g Uber hail cab service provider and he is the first Nigerian celebrity to be awarded such honor.

Banky W is happily married to Adesua Etomi who has also made it to our list of top 15 Nigerian Nollywood actresses. You should check that out.

He was the first ambassador of Samsung electronics and endorsement of vodka brand Ciroc and  9mobile.

His worth which is N4.5 billion has also made him sit on 8th on the list of top 10 richest musician in Nigeria 2021.

Here is another boss on the list of top 10 richest Nigerian musicians. Olamide Adedeji popularly called Badoo was born on the 15th of March 1989.

He attended both primary and secondary schools in Lagos and proceeded to Tai Solarin University of education to study mass communication.

He is the founder of popular music record label YBNL. The group has produced stars such as Lil Kesh, Chinko Ekun and Adekunle Gold.

Before Olamide made it to this list, from story to Glory, there’s a lot to learn in there.

He signed endorsement deals with Ciroc, Glo, and Sterling bank that worth N30 million. He is also an ambassador of Etisalat.

Olamide net worth is no joke. He has won numerous awards which include headies awards, MTV Base awards, and so on. With all these, Olamide must not be exempted from my top 10 richest musicians in Nigeria.

That’s it for the top 10 richest musicians in Nigeria.

Adeola Oluwatayo
Adeola is a contributing writer at Oasdom.com. She's a graduate of the Prestigious Obafemi Awolowo University OAU. She loves finding information and sharing her knowledge with others.
Share
Facebook
Twitter
WhatsApp
Linkedin