Truth be told, we all want to stay healthy and wealthy, never wanting to be poor but what’s the fate of citizens of the Poorest country in the world?

Poverty in the world has got lots of nicknames and it means different things in different contexts, but what does it mean to be poor?

To help you get the most accurate information on this topic of the world’s poorest countries, we’ve written this detailed article.

Is Somalia The Poorest Country In The World?

Is Somalia the poorest country in the world? Yes, Somalia has been battered by a gruesome civil war, then the terror group AL Shabab.

It hasn’t had a stable government in years, and even the recently elected is not fully functional.

Though its GDP PPP is a little higher than some countries in this list, the country lacks infrastructure such as roads, health facilities, schools and more.

Somalis mainly get help from NGOs like world vision and the Red Cross.

List of The Top 10 Poorest Countries In The World

Starting with the very first on the list of poorest countries in the world is Somalia.

Somalia is the semblance of an emerging country. All poor economies are in tatters because of various natural and human-made issues such as:

Somalia is also one of the most corrupt countries in the world. Though this country is the poorest country in the world as of today, there are still some interesting facts about Somalia.

Based on these issues and statistics from the World Bank, here’s a list of other top countries by poverty.

Liberia is the oldest republic in Africa, but soon after its independence, it went through political instability and civil war up to 2003.

Liberia ranks among the poorest countries in Africa and in the world because:

Statistics show that this is the third poorest country in the world with millions going without access to basic services such as food, healthcare, shelter, and clothing.

Reasons for the country’s high poverty levels include:

10 of the southernmost territories in Sudan split from it in 2011 to become an autonomous region – South Sudan, with more religious freedom but that dream, has never been achieved.

This is because greed overcame those in power leading to continuous violence, coup attempts, and civilian displacements.

About 400,000 people have died since the war broke out in 2013. South Sudan is a small economy with the following statistics:

This landlocked country in East Africa has gone from a worse crisis to the next.

From ethnic conflicts between the Hutu and the Tutsi to the present political crisis, the country’s economy stands no chance of stabilizing, here’s why Burundi is on the list of the poorest countries in the world:

6. The Democratic Republic of Congo

While it’s known for its vast natural resources that may even power the device, you’re using to read this article; the citizens rarely benefit from these resources due to:

Malawi is among the smallest country in Africa but with a large 18 million population.

Though it has had peace and stable governments since its independence, Malawi falls in this list because:

While the penguins of Madagascar is a shout out to the island’s pleasant wildlife, the fourth biggest island in the world has not managed to unshackle itself from the chains of poverty because:

Mozambique GDP per Capita is the second lowest in the world at $ 502. Mozambique economy is reliant on agriculture without the use of modern agricultural engineering technology.

Statistics showing Mozambique is among the poorest countries in the world include:

The ongoing civil war in Yemen is causing massive damages to the economy.

It’s the worst humanitarian crisis of the decade. The beat down on the economy has seen the country’s GDP per capita to be estimated at $913.

Poorest Country In the World (Summary)

In a Nutshell, while there are enough resources in the world to take care of the whole of humanity, billions of people from such poor countries are grappling with a humanitarian crisis.

The estimate of poverty in the world puts 4 billion people below the poverty line. The big cause of this crisis is of human-design -war and corruption.

What did you think of this article about the Poorest country in the world today? We await your comments 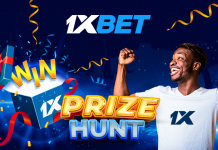 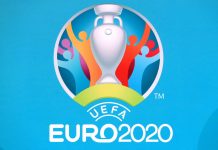 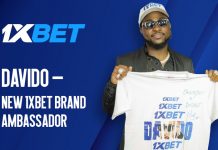 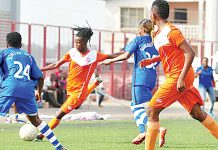