The population of the world is over 7.6 billion people, and we are all divided into different continents and countries.

We’ve just written about the top richest men in the world today, let’s see if any of them have their origin from any of these wealthy countries below.

Qatar is the richest country in the world. It is one of the countries in Asia that has large oil, gas and petrochemical deposits compared to its population.

It used to be among the poorest nations until the hydrocarbons reserves were discovered and exploited.

It has since grown to be home to big companies such as Aljazeera and Qatar Airways, amongst others.

Even with the 2017 blockade, where it was isolated by its neighbors because of alleged terrorism sponsorship, it still sits on top of the ten richest countries list because of:

It’s an absolute monarchy with the Al Thani family in charge who have made it stable and open for business.

The following factors has also made Qatar to be the World’s richest country:

No doubt, rich politicians in Nigeria would have visited this country to have a taste of what life of the worlds richest country.

While it may lack natural resources, it boasts of attractive financial services sectors and tax regimes.

Like its Asian neighbors, it has taken the path towards sophisticated resort development. Singapore is among the richest countries in the world because of:

Having been displaced from farming, the only way to continue for these folks was to join the multinational industries.

The third richest country in the world is Macau. Macao packs many casinos in small space. This region in Asia is under the Chinese Administration.

It is the region’s top gambling destination with over 40 casinos in 30 square kilometers. Macau is richly based on statistics such as:

It boasts of extensive gas and oil deposits too – the largest oil deposits in Southeast Asia. However, the oil wells are predicted to run dry in 30 years.

Although the country has amerced lots of wealth, only the royals and a few others own it, the rest – estimated 40% make less than 1,000 dollars annually.

However, statistics show Brunei is among the richest countries in the world because of:

Also Check the list of top 10 richest Nigerian comedians and you’ll information about some of these wealthy countries they’ve visited.

Kuwait is another of the richest country in the world. It boasts of nearly 9 percent of the world’s oil reserves. It’s an oil economy; most of its revenue is from this. Statistics indicate that Kuwait has:

UAE is the sixth of the top ten richest country in the world list. UAE has evolved from its agricultural and fishing roots to a sophisticated economy with enterprises in science and technology, manufacturing, engineering, finance, and more, placing it among the richest countries in the world.

Dubai, for example, holds the Dubai World Expo yearly, attracting millions of visitors to sample and invest in Emirati creativity.

Statistics indicate the following about UAE:

From its magnificent castles to its serene countryside and warm cultural festivals, Luxembourg is a place of immense beauty.

But that’s not the only things that make it special, others include:

Luxembourg also boasts of low inflation, a diversified economy with agricultural, manufacturing and technological enterprises. Above all, it’s a top tourist destination.

Switzerland is the 8th richest country in the world with the world’s highest living standards, thanks to its overall innovation.

To begin with, in the early ages, regions in Switzerland (called cantons) signed agreements that each had to maintain its sovereignty but were to work together and shield each other from Germanic oppression.

This sovereignty is still practiced today, making the life in Switzerland freer, in that people can move from an unfavorable canton to a favorable one as they wish.

Switzerland is therefore rich because of its:

Also Read: Who is the richest man in Africa

It is a financial hub having been ranked fourth in the world in terms of ease of doing business. Hong Kong boasts of great infrastructure and social amenities.

What makes this country wealthy is:

Norway is the 10th richest country in the world and an economic giant too. It’s the top producer and supplier of oil in Western Europe. It has a high economy of $324.

Statistics pointing to Norway’s wealth include:

There you have the top ten richest countries in the world.

More of The Richest Countries In The World Today

Ireland too has a small population and favorable corporate tax system that make it a huge investment destination for a bunch of big companies in the world.

It has also enjoyed decades of peace long after the 1994 IRA peace deal. Ireland’s statistics include;

The United States of America

Thanks to the ingenuity of its citizens, its stable government and natural resources, the USA is the second biggest economy in the world.

The economy is well diversified from agricultural to high technology ventures. Based on the following indicators, USA is the 12th richest nation

Richest Country In The World (Summary)

In retrospect, the richness of a country is not determined by its GDP per se, but by income distribution and living standards enjoyed by its citizens.

The state of government and its welfare policies, therefore, play an important role in determining a country’s resource management and productivity. 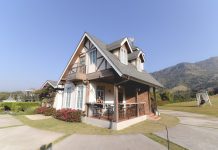