Have you failed before? What are the feelings you get when you fail?

In life, there’s a constant – “things do not always go as planned”. Successful people have attested to this fact as the principle of success is the same, if it can happen to them, it can happen to anyone who also want to go down as a success.

If you think you can never fail, that thought is not a guaranteed thought and in fact, on your way to success, you can expect failure.

There are countless examples of those who initially met obstacles before they in time sailed through success.

The legendary inventor of the light bulb we enjoy today “Thomas Edison” tried a thousand times before coming up with what finally worked.

This article is not meant to glorify failure but to let you know that it is a fact that can be expected for those who are determined to achieve.

Did you know that the writer of the famed Harry potter novels J.K Rowling received numerous rejection slips before finding a publisher for the novels?

Could any of their achievements be termed real success if they never overcome failure and rejections and determined to move on?

“When you fail, you have not failed except you choose to accept that you’ve failed and you refused to do something about it”

Have you failed before? It should not be the end of your journey to success. Let’s see briefly, how to deal with failure doing these 6 important things:

1Change your beliefs about failure

There is no super human. In reality it’s proven that those who achieve greatly have failed greatly before. Mistakes can happen and they do happen.

The success story of great achievers is replete with glamour that it sometimes failed to tell of their failure. So, be balanced try to be interested in the challenges that failure surmounts, and then you will have the balanced view of their success story.

Failing could be emotionally devastating. It takes time to recover from a huge failure and for emotions to heal. This time is better spent going over how to do it better next time in order to build up your resilience.

3Express your emotions after failure

Related: 8 things to do to avoid business failure

4Forget about how other people view you

When you eventually achieve your dreams that you failed will not matter. Your failure usually adds up to your success story.

Those you’re bothering your mind about have enough personal  problems themselves and it won’t be long before they’re too busy worrying about their own failures to point accusing fingers at yours.

After you accept what happened (that you failed), it’s time to make another attempt. But first, you should find out what went wrong during the previous attempt and try again while putting this information in mind.

Persistence is the source of success for the majority of successful people. Overnight successes are rare; they are usually people who have been trying and failing and trying again and again many times over. So, don’t give up too.

“Do not quit. Many people quit and it’s painful that most times they don’t realize who close they are to achieving their goals”

True success is measured not by how many successful attempts we have made but by the depth of failures we have had to overcome to attain our intended objectives. 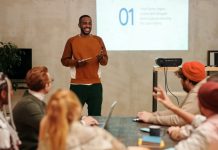 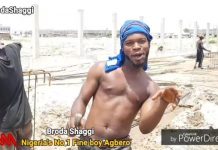