We are still basking in the victory of defeating 2018 and entering 2019, the anticipated election year, and interesting stuffs are sprouting up already.

Following the film, #birdboxchallenge craziness or should I say madness (that was not so rampant in Nigeria when compared to the recent challenge), that was becoming dangerously contagious and warranting warning issued over the media, came the #10yearschallenge that butted it from the top with little stress.

Call me old fashioned or late bloomer even an introvert, I was surfing through Aurora Bags when my friend called my attention to a whatsapp status and there it was, the #10yearschallenge.

Pictorially, it is the comparison of two pictures with one 10 years older or younger than the other. The challenge is a dare for you to post that collage on a social media.

The #10yearschallenge, in reality, was not just about pic-mixing pictures but a question: “How hard did aging hit you?”; “How has life been on you over the last 10 years?”.

Although the origin of the #10yearschallenge can be traced to facebook that keeps our memories and celebrate them from time to time, to the popular Thursdays are for throwbacks (who ponned that line sef?) and the likes.

The pioneer of the #10yearschallenge is said to be Damon Lake, a chief meteorologist for KOCO News 5 in Oklahoma.

The challenge was trending for even people am definitely sure hated those ‘school challenge’, popularly known as examination or test.

For someone that did not catch the wave of it on 11th of January, 2019 until three days later; you would think it was something else.

I was on an ultimate search for old pictures…it was so hilarious I actually fell off the bed laughing.

Then it hit me, hmm…#10yearschallenge. What I did not tell you is that my 2009 pictures were so scanty as compared to 2019 and that was why it was an ultimate search. I was no longer the shy person.

For some, there was a drastic change in complexion, an upgrade in swag, modernisation in dress sense;

I saw it o, I saw those changes of statuses and classes, even the loss of innocence…such noticeable change in the #10yearschallenge.

10 Lessons We Learned From the #10YearsChallenge

We did not just see the changes of bleached skin, fake lives, regression, etc but learnt some things from the #10yearschallenge.

1. Time Waits for No One

Over the last ten years, there is no denying that we have changed, more like aged a little or more for some.

Stop procrastinating. Started that business already? Come on, sew that style you keep hidden in your book.

If you’ve read our post on new year resolution – will this year be the same as the last?, you’ll agree with me, that you just need to start doing something right now!

Realize that crazy idea; it could be what the society have been waiting for. Make that dream real before someone else makes it real.

Yes, we all have our pace to move at but time will not wait for you in this aspect.

For example what would you have achieved by the time you’re 41? Learn 6 interesting things about about Funke Akindele; one of the richest Nigerian actresses of all times..

What was your answer? You know what to do already. Here are 5 super effective tips against procrastination.

2. Have a Clear Purpose

Ask yourself; “what have I achieved over the past 10 years?”

For some people without goals, those years are nothing but a total waste! Wasting time is a personal criminal offence and the punishment? You’ll have nothing to show for it.

Are you just going to live every day without a clear sense of direction to reach your main goal? It’s never too late to start all over. 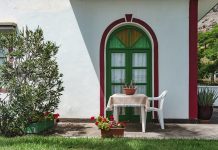 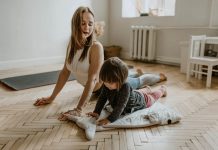 Benefits of Yoga for Kids: Why You Should Finally Try It 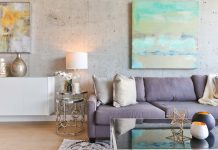 What Effect Does Your Furniture Have on Your Mood 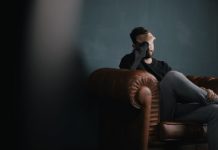 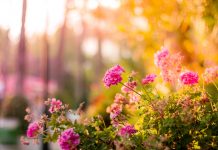 Gardening Ideas That Will Make Your Garden Look Amazing 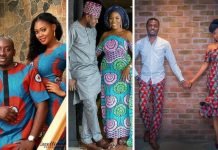