Which are the top 10 best stadiums in Africa?

There is no doubt that football is the best sport in the world and this can be justified by considering the huge number of individuals who are football die-hards.

Just like other individuals in other parts of the world, Africans have a great passion for football and this is why some countries in this continent have invested a lot of money to build world-class football stadiums.

There are very many stadiums in Africa and most of them meet the FIFA standards. It’s these stadiums that made it possible for FIFA World Cup 2010 to be hosted in Africa.

List of Top 10 Best Stadiums In Africa and Their Location

If you are not aware of Africa’s top stadiums, keep reading this article as we are going to look at a list of the top 10 best stadiums In Africa and their location.

This is one of the best and most expensive stadiums in Africa and is found in South Africa. It was constructed in 1987 and is the largest known stadium in Africa with a capacity of 94,700 individuals.

It was initially built with a capacity of 80,000 seats but was later renovated so that it can accommodate up to 94,700 individuals.

During the FIFA World Cup 2010, Soccer City Stadium was the chief stadium and the first two opening games were played in this stadium. Other than sports, this stadium is also used for other occasions in the country. 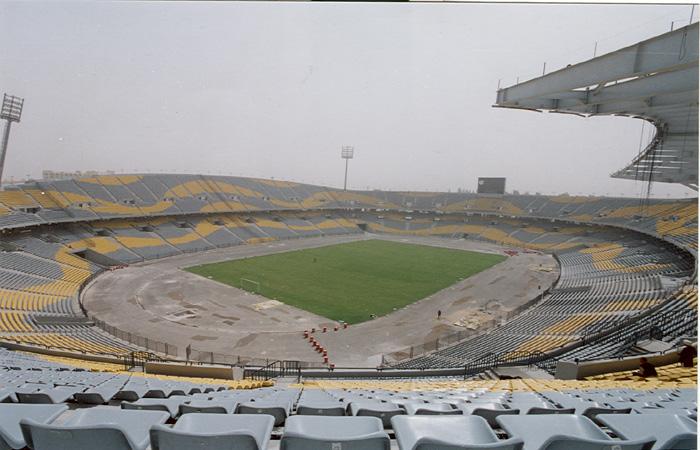 It serves several purposes in Egypt. For instance sports activity, political functions and many others. The stadium was commissioned in the year 2007 for local and/or international tournaments.

It also serves as the home to the National Egyptian team i.e the pharaohs. It is built approximately 25km to the west of Alexandria, Egypt. 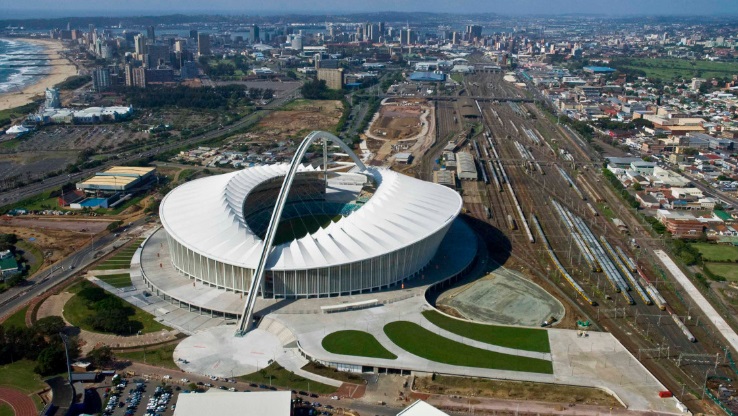 This is yet among the best stadiums in Africa and was the named so in the honor of Moses Mabhida. It’s found in Durban, SA and can host up to a maximum of 70,000 individuals.

It is built with modern technology and serves several functions in South Africa. This stadium is equipped well with a terminal for parking, passengers, a station, ride facilities, etc.

More than $440 million was spent in the construction of this stadium and this is why it is considered to be one of the best stadiums in Africa. 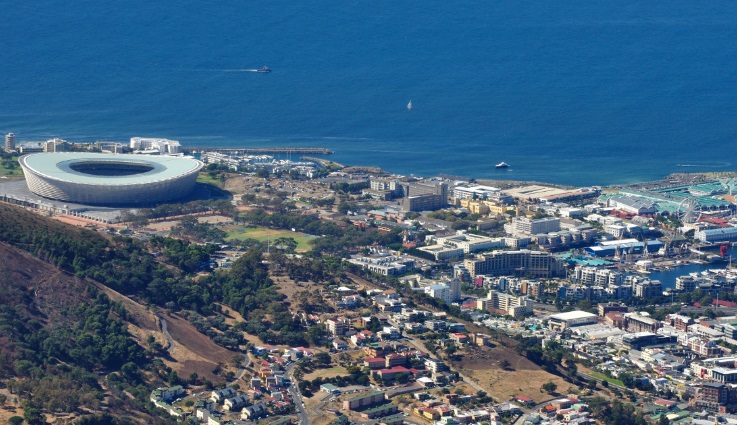 Just like the name may suggest, this stadium is found in Cape Town and was constructed with the main aim of hosting football and rugby tournaments in the country.

Cape Town stadium one of the most gorgeous and beautiful sportive monuments in Africa and has a capacity of 69, 070 seats. The stadium is also the home to Ajax Cape Town FC and Santos Football Club. 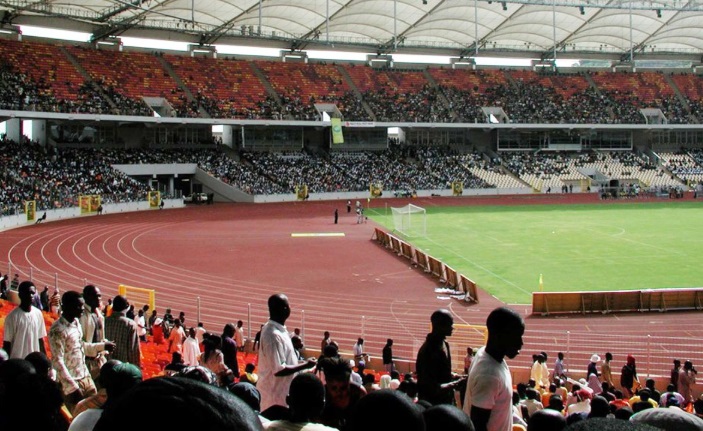 This stadium is located in the city of Abuja Nigeria, and was put in place to serve several purposes. The main reason which led to the construction of this stadium was to host the 8th edition of African Games in 2003.

During the construction of Abuja National stadium, more than $360 was spent. It is built with modern technology and serves several purposes in this country.

This stadium is currently the largest and most beautiful stadium in Nigeria and it serves as the home of the Nigerian National Team referred to as Super Eagles. 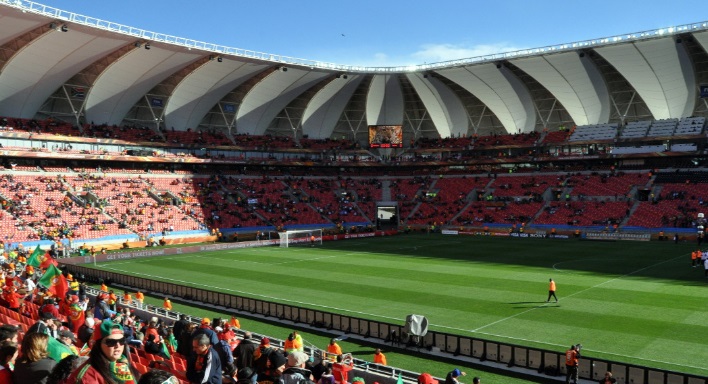 South Africa is known to have some of the best and biggest stadiums in Africa. They constructed Nelson Mandela Bay Stadium in honor of the late former president of South Africa, Nelson Madera.

The stadium was to serve as one of the stadiums need for the FIFA 2010 World hosted in South Africa. It is located in Port Elizabeth and has a capacity of up to 46000 seats.

It was constructed by the German architects and this is why it’s considered to be one of the most fascinating stadiums in Africa. 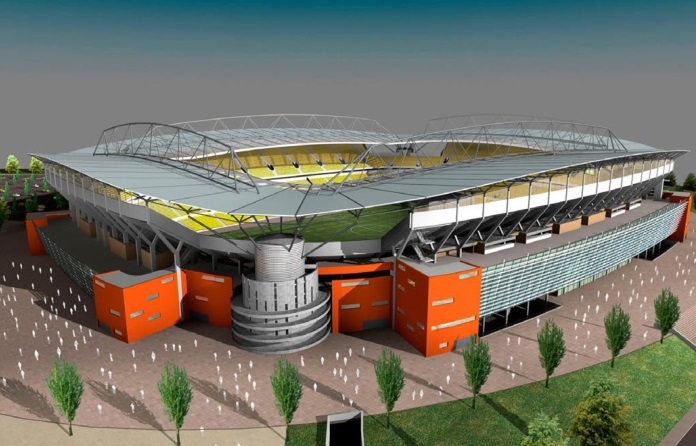 This is yet another good stadium in Africa that meets the FIFA standards. The stadium was constructed to provide a host for the FIFA 2010 World Cup that took place in South Africa.

It is found in Polokwane and was constructed in the year 2007 with a capacity of 45500 seats. Today, this stadium serves several purposes.

For instance, it serves as a host for football and rugby tournaments in South Africa. It was named in the honor of Peter Mokaba who was a well-known politician and activist. 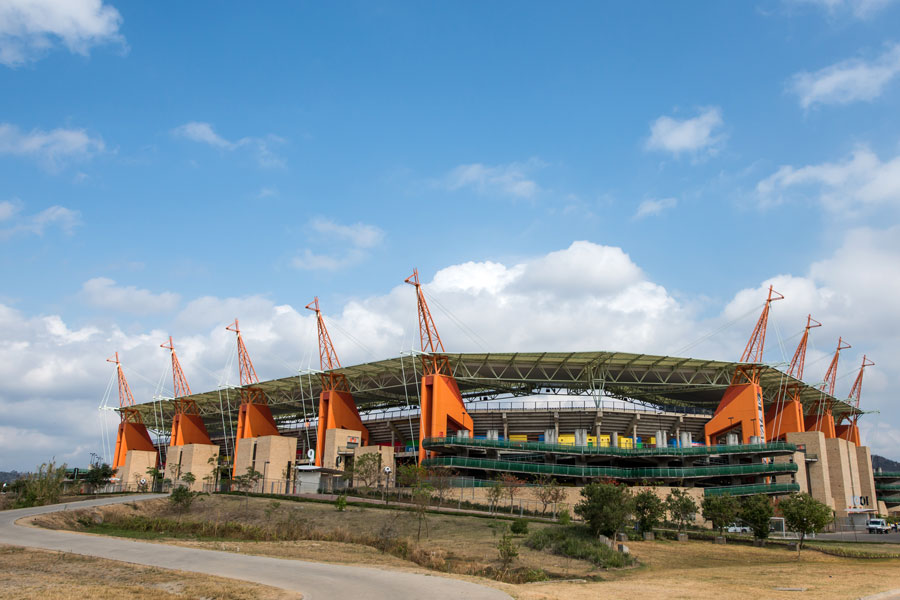 This is considered to be one of the best stadiums in Africa and has a capacity of 40,929 seats. It was constructed for the purpose of the FIFA World Cup 2010.

The stadium is only 12km to Kruger-Mpumalanga airport and the construction of this stadium incurred the government of South Africa a total of $150 million.

It serves a number of purposes in South Africa and is built in a rectangular shape that gives it a fascinating appearance. 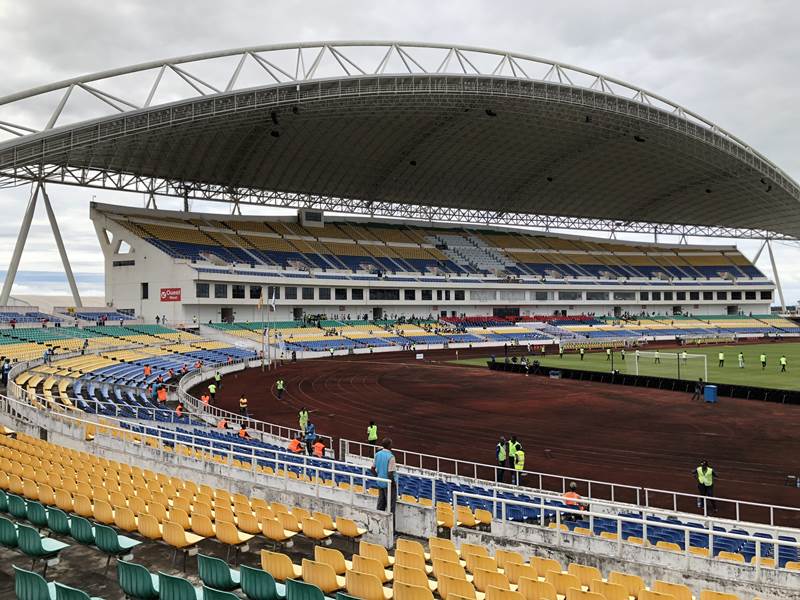 We would be unfair if we left this stadium out in the list of the best stadiums in Africa. The stadium was built by the Chinese government as a reward to Gabon for their continued friendship with China.

The first match to be played here on November 10, 2011, and was a match between Brazil and Gabon. 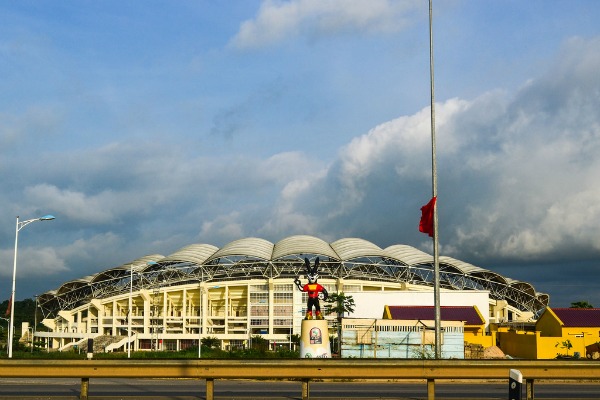 Chiani National Stadium is known to be among the best stadiums in Africa and has a capacity of 20,000 seats.

This stadium was built by the Chinese and spent approximately $80,000. It serves several functions. It’s the official home stadium of the Angola National Team. There is no other stadium bigger than this in Angola.

The above are some of the best stadiums in Africa. They have been ranked on various bases such as FIFA standards, capacity, beautification, attractiveness, comfort, and maintenance.