Hydroelectricity is electricity produced from hydro-power, that is, converting the energy of moving water into electricity.

Talking about hydroelectric power stations, it consists of turbines that rely on a gravity flow of water from the dam to turn a turbine to generate electricity.

With a dam and reservoir, it is a flexible source of electricity, since the amount produced by the station can be varied up or down very rapidly to adapt to changing energy demands.

Most hydroelectric power comes from the potential energy of dammed water driving a water turbine and generator.

What Are Hydroelectric Power Plants?

First, Hydroelectric power is an electricity produced from generators driven by turbines that convert the potential energy of falling or fast-flowing water into mechanical energy.

Talking about hydroelectric power plants, it is a renewable energy power plant that generates electricity using a renewable natural resource, water running down waterways as a result of rainfall. 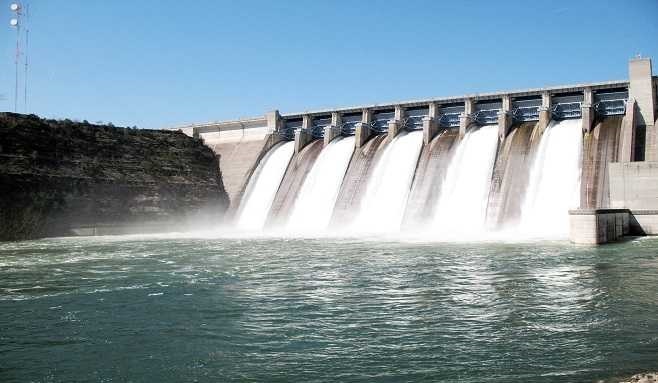 They are usually located in dams that impound rivers, thereby raising the level of the water behind the dam and creating as high a head as is feasible.

Hydro power plant in Nigeria is broken down into categories depending on their size.

The smallest plants, with capacities between 1 KW and 100 KW, are called micro-hydropower plants.

Between 100 KW and 1 MW is a plant described as a mini-hydro-power plant. Small hydropower plants are generally those with capacities between 1 MW and 10 MW, but this upper limit can vary from country to country and in some cases may be as high as 30 MW.

Plants with capacities larger than 10 MW (or up to 30 MW depending on jurisdiction) are classed as large hydropower plants.

Technically, large hydroelectric power plants are the most sophisticated and are generally individually designed for each site using turbines that have also been made specifically for the power plant.

Hydroelectric power plants exploit the energy contained in water as it flows downhill.

The water that feeds rivers and streams comes from rain which is produced as a result of the evaporation of water into the atmosphere under the influence of solar heating.

How Is Power Generated In Nigeria?

Electricity in Nigeria is generated through thermal and hydro power sources.

The main source of electricity generation comes from fossil fuels (thermal) especially gas which accounts for 86% of the capacity in Nigeria with the remainder generated from hydropower sources.

The major operator in the Nigerian electric power station is the National Electric Power Authority (NEPA) which was created in 1972 after the merged of the then Electricity Corporation of Nigeria (ECN) and the Niger Dams Authority by Degree NO. 24 of 27th June, 1972.

In 2005, as a result of the power sector reform process, NEPA was renamed Power Holding Company of Nigeria (PHCN).

This comprises of the privatized GenCos, Independent Power Producers (IPPs) and the generating stations under the National Integrated Power Project (NIPP).

The demand for electricity is shared between residential, industrial, commercial/street lighting in the proportions: 50:30:20. , With 2 to 5% of the capacity of the national grid contributed by private sector – IPP.

All these private producers (NESCO, Shell, AES-Lagos, Bayelsa State gas turbine and Ajaokuta Steel Company) sell power to PHCN for transmission and distribution to consumers, while the other balance of power demand in the country is being supplied by private generating sets.

Also Read: Full list of all steel companies in Nigeria

Nigeria’s Hydro Potential is high and hydropower currently accounts for about 32% of the total installed commercial electric power capacity.

Nigeria has considerable hydro potential sources exemplified by her large rivers, small rivers and stream and the various river basins being developed.

Nigerian rivers distributed all over the country with potential sites for hydropower scheme which can serve the urban, rural and isolated communities.

An estimation of river Kaduna, Benue and Cross river indicated that total capacity of about 4,650 MW is available, while the estimate for the river Mambilla plateau is estimated at 2,330MW.

Nigeria is the largest economy in Sub-Saharan Africa but limitations in the power sector constrain growth.

According to Power Africa Nigeria Fact Sheet in October 2019, Nigeria already has the potential to generate around 12,522MW of electric power from existing plants, but mostly, is only able to generate around 4,000MW which is insufficient.

How Many Power Stations Are In Nigeria?

How many hydroelectric power plants do we have in Nigeria?

According to researches, there are three main hydro power plants in Nigeria, and they are listed below:

List of Power Stations In Nigeria and Their Location

Presently, there are two main types of power plants operating in Nigeria: hydroelectric and thermal or fossil fuel power plants.

Below is the list of the hydroelectric power stations in Nigeria, their establishment, location, and megawatt generated.

The Kainji Power Station is located in Niger State and was established in 1968.

It has an installed generating capacity of 760 megawatts.

The station generates electricity for all the large cities in Nigeria and is also sold to the neighboring country of Niger.

Kainji Lake measures about 135 kilometers long and about 30 kilometers at its widest point and supports irrigation and a local fishing industry.

An uncoordinated opening of floodgates led to local flooding of about 60 villages in 1999.

The Jebba Power Station is one of the power stations in Nigeria which has its source from the Niger River.

It was launched in 1984 and has a power generating capacity of 540 megawatts.

The power station is located 64 miles from the Kainji Dam between Niger and Kwara State.

The Shiroro Power Station is a hydro power plant of the Kaduna River in Shiroro, Niger State, Nigeria.

It began operation in 1990 and has a power generating capacity of 600 megawatts consisiting of 4 units.

This hydro power plant is in the list of transmission stations in Nigeria launched in 1986 and situated in north-east of Lagos, on low land in Ijede and bounded by the Lagoon to the south, Agura/Gberigbe to the north and situated in Ijede LGA, Ikorodu.

It is the largest power generating station in Nigeria with a generating capacity of 1320MW consisting of 6 units.

This is one of the power stations in Nigeria located in Sapele, Delta State.

Sapele power plant was launched in 1981 with a generating capacity of 1020MW.

It has the function to work through simple cycle and gas heated stream turbines.

Transcorp – Ughelli Power Station is also one of the power stations in Nigeria located in Ughelli of Delta State.

This power plant has 972MW of capacity and also works through a simple cycle gas heated turbine.

These stations are other power stations in Nigeria which operates on simple cycle gas turbine.

These power stations located in Afam in River State were both completed between 1982 and 2002 with an installed capacity of 977MW.

This power station is situated near Ajaokuta in Kogi State.

It was completed in 2007 with a generating capacity of 414MW.

Omotosho I Power Station is one of the power stations in Nigeria located at Omotosho in Ondo State and was established in 2006.

It generates 335 megawatts of capacity.

This station functions on gas turbine with simple cycle.

Papalanto Power Station is also in the list of transmission stations in Nigeria situated in Ogun State in the year 2007.

It has a totaled installed generating capacity of 335MW.

This power station is one of the power stations in Nigeria that was completed in 2005 as Independent Power Project (IPP).

Kwale Okpai Power Station is owned by Agip Oil Company in Delta State with an installed generating capacity of 480MW.

Kaduna Power Plant is also one of the power stations in Nigeria with a generating capacity of 215 megawatts.

It is located in Kaduna State, though its completion is still in progress.

Other power stations in Nigeria include:

Here is the updated list of the hydroelectric power stations in Nigeria, though there are some that are not mentioned above because they are still under construction or regarded to be a proposed project.

Currently, electricity generated in Nigeria is inadequate to meet the demand needs of households and business, as a result, Nigeria has a low capital consumption of electricity.

Therefore, increased availability and quality of electricity will have immediate and direct effects on the quality of community and living conditions in homes, affecting health, nutrition, education, security, mobility, communications and recreation.

Improved power supply will also have important effects in industry and businesses by improving working conditions and productivity and encouraging industrial expansion.