Watching the World
By Oasdom
November 9, 2022 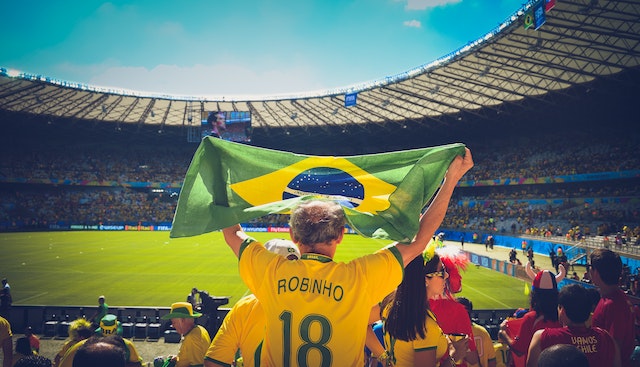 We have already picked our favorites to win the World Cup, and we also have the underdogs. For the latter, making it to the finals is no mean feat. This year we have teams like Saudi Arabia, Ghana, and even the hosts, Qatar, fighting it out with heavyweights Brazil, Germany, Argentina, Belgium, and the Netherlands, among others.

However, these countries can cause major upset. We have seen it before, and it wasn’t the last. Every World Cup year, we witness an upset, but that will be a story for another day.

The World Cup kicks off in 12 days in Qatar, and sports betting Zambia is already talking about what we expect to see from the group stages.

With so much quality on their side, the Netherlands should finish first. It will be a battle for second place. World Cup hosts have a track record of doing well, and you cannot rule out Qatar to spoil the party for Senegal and Ecuador. In reality, a host only failed to advance past the group stage once 2010 in South Africa.

England are clear favorites in the group. The USMNT and its supporters want to believe they are the clear favorites to go to the knockout stage. Nonetheless, with Gareth Bale captaining a Wales team that reached the European Championship quarterfinals six years ago, they have had surges in form in the past. No disrespect to Iran who pushed Portugal and Spain to the verge of elimination in the group round last time out, but they are outsiders in the group.

Lionel Messi finally shed the weight of an international trophy by winning Copa America in 2021. He now approaches his final World Cup with possibly the strongest Argentina team of his career. Can he lift the only trophy missing from his cabinet? Betway offers plenty of markets for the upcoming World Cup. Bet on Argentina to take this one, but Mexico and Poland will not be pushovers. Sorry Saudi Arabia.

France are heavy favourites, but Denmark have beaten them in 2022. They have good players, including Ballon d’Or winner Karim Benzema.

Denmark is also a formidable opponent. The Danish reached the Euro 2020 semifinals after riding an emotional surge of support after Christian Eriksen’s on-field collapse. His return to form and play may serve as an inspiration for others. The two will advance.

Who paired Germany and Spain? Both want to rebound after dismal performances in Russia, and it will be bad news to Costa Rica and Japan. It will be anyone’s game between the European giants, but whoever sails through should be counted among the favourites for the ultimate prize.

Group F is not easy to predict. There is Belgium, Croatia, Canada, and Morocco.

Croatia and Belgium are perennial dark horses who came dangerously close in Russia. There may be fears that both sides’ golden generations are shutting. However, this might be the motivation for success.

Brazil is the topic of discussion in this group, as it should be. Brazil is the overwhelming favorite to win the World Cup, led by Neymar and Vinicius Junior. Serbia, on the other hand, is an intriguing situation.

Then there is Switzerland, Serbia, and Cameroon. The top is sealed unless the biggest upset happens.

Cristiano Ronaldo wants to take a bow in style, but Uruguay, Ghana, and South Korea present the first hurdle. Portugal are favourites, but Uruguay are tough South Americans boasting an ageless crop of players.

It could be Portugal and Uruguay battling for the top position, but who will be third? South Korea or Ghana? Make your predictions known with Betway; the tournament is almost here with us.

Previous article
Step by Step Guide on How To Bet on Bet9ja
Next article
Cold Laser Therapy Devices: How to Heal Your Skin in a Short Time