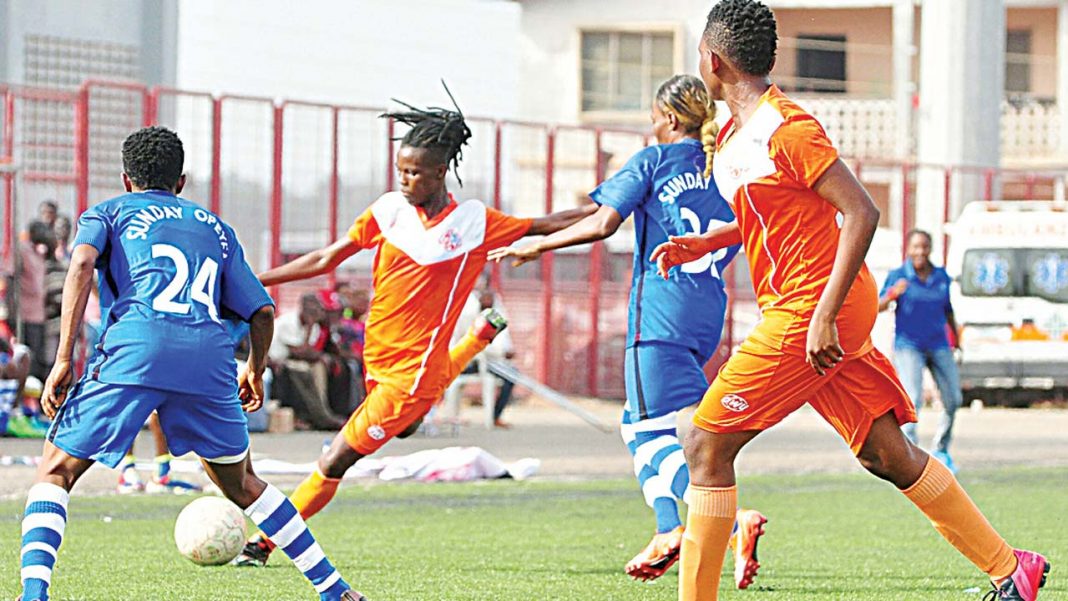 Despite becoming Africa’s most successful female team, with more continental titles than their male counterparts, the Nigerian women’s national football team has been regarded as an afterthought and denied recognition due to their hegemony.

This is not a new culture in the West African state. The Nigeria Football Federation (NFF) has used a variety of deplorable tactics to shirk their duties and browbeat successive national teams into submission for at least two decades, ranging from scapegoating to gaslighting to using the divide-and-rule technique to devastating effect.

Nigerian soccer fans are ardent live soccer betting enthusiasts, but the trend could be helped more by the inclusion of women soccer into the available avenues.

If their previous success could be used to build on the future, then it means well for the country’s soccer.

Nigeria made history and wrote a story of victory over adversity as Africa’s sole representative at the first FIFA Women’s World Cup in 1991.

Since then, they’ve won nine of the 11 continental championships that have ever been held.

The predecessor to the Africa Women’s Cup of Nations (AWCON) was held in a playoff format for the first two editions in 1991 and 1995 before being changed to a tournament format in 1998.

In the men’s tournament, though, the Super Eagles have only conquered the continent three times.

Despite their popularity, the Super Falcons still have to beg their federation for the bare minimum.

The groundbreaking class of 1991, which included Rita Nwadike, Nkiru Okosieme, and Chioma Ajunwa, was the first to be treated unfairly.

It’s a pattern of discriminative treatment that hasn’t changed. The Super Falcons will be favorites with Betway to retain the next edition of the continental championship.

Competitive game preparation is shoddy or non-existent. Players are not given daily friendly matches, as a result of which France defeated the Super Falcons 8-0 in a friendly match in 2018, following a 16-month hiatus.

Arrangements for logistics are always haphazard. And there is an ongoing conflict between team members and the NFF, especially over unpaid salaries and the team’s mistreatment.

Amaju Pinnick, President of the Nigeria Football Federation (NFF), has pledged to do everything in his power to ensure the growth of women’s football in the country.

Pinnick, speaking to journalists after the Super 6 tournament, said that women’s football needed more coverage in the United States.

“Admittedly, we need to do even more for women football in this country because as I always insist, the women deserve more attention having won as many as nine African titles for the country. It is no mean feat.

“I am enamored by the superb organization of the Super 6 and I have no doubt that the positive vibes therefrom and the terrific after-glow will have some good impact on our efforts to engender real development and sustainability of the women’s game.

“Our vision of building a sustainable football culture for our dear country remains unshaken, and the women’s game is an integral part of that vision and mission.”

The victory also earned the Rivers State team a spot in the WAFU B zone of the inaugural CAF Women Champions League, where they will represent the region. Betway is yet to feature NWFL matches on its platform, but things could change if more energy is pumped into female soccer.

Previous article
1xbet Player Wins Over $2 Million On A 44-Event Accumulator
Next article
Dogs and Fireworks: Why are Dogs Afraid of Fireworks?