Which are the top 10 largest church auditorium in the World?

So, I always catch Joel Osteen or Joyce mayor from my TV sometimes and mostly during the sermons, the cameras zoom towards the audience, bringing to view the auditorium capacity; and boy it’s large.

Evangelists throughout the world have been obsessing with church architectural since time immemorial.

Solomon in the Bible, for example, set up a temple in 7 years -stone by stone, fitted with the finest cedar and gold.

Believers have always been attracted to large churches; the large audiences give a feeling of a community united by peace, goodness, and love.

Here’s a look at some of the largest church auditorium in the world. 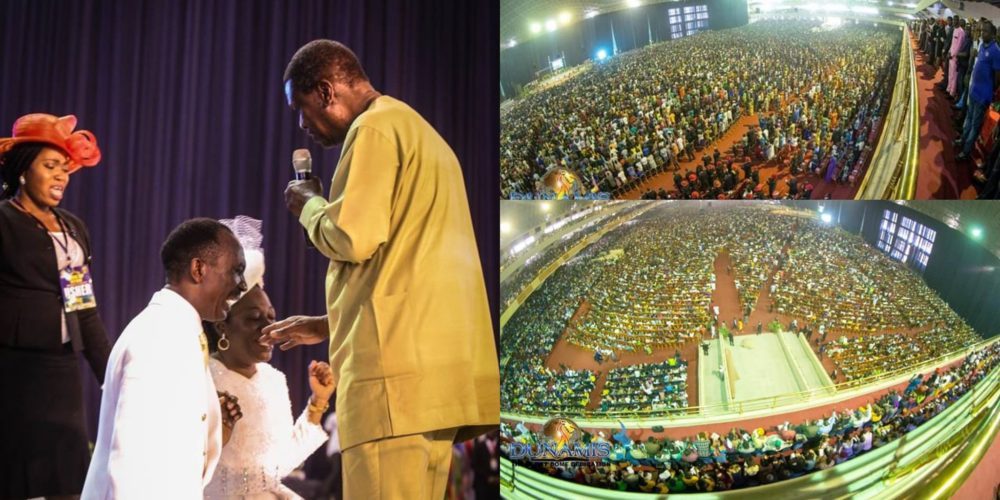 It started as a small convention center Operated by the Redeemed Christian Church of God (RCCG) denomination, but as of 2019, it is not just the largest church in Nigeria, it’s the largest auditorium in the world.

Thanks to $60 million projects and good rapport with local authorities the Redemption Camp has left behind its days of a simple convention center. It now boasts of:

2. Mountain of Fire and Miracles

Dr. Daniel Olukoya started a prayer session in his living room way back in 1989 intending to start a spiritual revival and his present Mountain of Fire Church shows the success.

The Dunamis Gospel Centre operates this church Auditorium in Abuja.

Dr. Enenche, the pastor, says he received the visions containing the architectural instructions and location from God himself – that the building was to be located closer to an airport for greater visibility.

The 13-storey building was home to the largest church auditorium 2018 because of the following.

Here comes the fourth largest auditorium in the world.

I think everyone in Africa has ever heard of the Bishop Oyedepo, well if you haven’t, he is the vision behind “Winners Gospel” which has churches in almost every African city.

The Faith Tabernacle Ota – Nigeria – is one of their branches and until 2018 was recognized in the Guinness Book of Records as the largest church auditorium in the world because:

5. The Apostolic Church Auditorium in Lagos

Solomon might have taken seven years to set up the temple, but this one here holds the record of the longest time a church auditorium has ever been built.

It was set up in 25 years, which therefore makes it the fourth largest church auditorium in the world. The billions of Naira went into setting up the following:

The Word of Life Bible Church in Warri Nigeria also has one of the largest auditoriums in the world.

The congregation here average to about 30,000 every week. The International Gospel Centre is the headquarter with the following:

Also Read: The top 10 richest Nigerian pastors and their net worth

More of the Top 10 Biggest Auditorium In the World

So far, stone by stone Nigeria has the largest church auditoriums; this could be a sign of a growing protestant religious population.

Here’re some of the other mega-church auditoriums in the world.

Even though projects such as Aa N40 billion Conference center, a new 130,000-seater auditorium, and a mini-city are still underway, the Deeper Life Ministry headquarters in Gbagada, Lagos is a state-of-the-art facility with:

This Salvation Army-owned Church Auditorium in Port Harcourt is expected to be completed soon.

The architectural design takes the shape of a palm with finger-like structures sticking from it. Upon completion, the facility will hold:

This Lagos based prayer dome is among the largest church auditorium in the world.

It’s a magnificent structure where events such as prayers, concerts, conferences, drama acts are held. The prayer dome facilities boast of;

Finally, a church auditorium outside of Nigeria makes it to the list.

Founded in 1959 by the evangelist John Osteen, the church has had a meteoric growth ever since his son Joel Osteen took over after his death in 1999.

It was previously located at 7317 East Houston Road but had to relocate to the present Compaq Centre.

Initially, the church operated in the arena on a lease basis but was finally able to acquire the arena for $7.5 million from the City Council and renovate it to a 16,700-seat facility with:

In retrospect, the list of the largest church auditorium in the world keeps changing a sign that the protestant Christian faith is growing in different regions of the world.

Some of the churches listed here are also taking an active roll in the day to day city and local business, helping to change the face of the various cities they’re located in.

Let’s continue watching out for more of these as the evangelist receive more “temple building” commands from God, shan’t we?