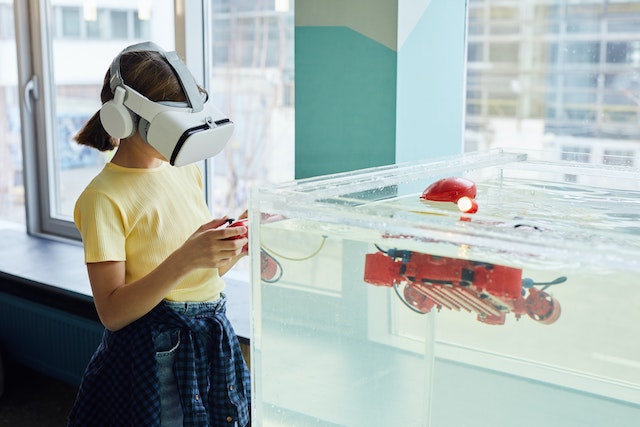 Robots have become an integral part of any science fiction. It is very difficult to imagine a future in which people did not use automated drones for various tasks, from war to banal navigation.

In the gaming industry, cyborgs or androids can be found in almost every project about the future. Check out the list of top-notch games about robots:

Although in Titanfall 2 the protagonist is not a robot, throughout the game we will need to be in close contact with them. The plot takes place in the Frontier systems, where the IMC corporation is trying to defeat the local militia.

Titanfall 2 is a fast paced shooter with parkour and lots of shooting. Separate levels in the campaign are passed as a pilot, which allows you to participate in particularly spectacular battles. Though, the main mode is still multiplayer.

1989 was marked for Otserton, which is an alternative version of Sweden, by a sudden invasion of aliens. Otserton was captured by aggressive robots, forcing people to go underground.

Generation Zero is a huge sandbox that is best played with friends. The story campaign will allow you to walk around the world and even build your own shelter, for which you will need to travel and look for resources. Basically, the gameplay is based on a covert bypass of robots, but no one bothers to arrange typical shootings.

GTA but with robots is how Scrapland Remastered can be summed up in a nutshell. The player will be on a compact asteroid as a robot named D-Tritus. It got a job here as a reporter.

The consciousnesses of local residents are transferred to the Great Database, from which they can be restored with one button in case of death. However, one important “person” was erased from it, and now it is the player who must unravel the local mysteries.

Scrapland Remastered is a remaster of the iconic robot game. Its feature is considered to be an authentic atmosphere, saturated with light humor. Boring running here is diluted with rather tense chases on starships.

Human civilization has disappeared, leaving behind a whole city filled with robots. They try to keep it in the best possible condition.

However, it gradually falls into disrepair, as well as the mechanisms serving it. The protagonist is one small old robot sent to a landfill due to an unknown breakdown. It did not accept such an appointment, and, thanks to the ability to hack into other machines, it is able to get out to find the answer to the main question. Where have the people gone?

In this puzzle game, the player will have to wander through beautifully rendered locations and solve various tasks. A feature of the game is that the opponents encountered are not so much enemies as tools for passing the next obstacle.

If you want to take your gaming experience to the next level, try online gaming with Game Karma. Online gaming allows you to enjoy a large collection of games from different developers without the need to download them.