Yes, that feeling of fulfillment or accomplishment as some will describe it, when you get your first earning is inexplicable.

While you jubilate and share the good news, some have thrust cutlass into the money before you put knife sef.

A number wish they have the money and fantasize about its usage, while some others have their bad belles.

All the same, your ears become full with different advices. It will be wise for you to sieve those bits of advice as you might regret following some.

Fixed deposit! Yes, it will be one of the bright ideas to some but the truth? Argh, this is for the snail moving ones.

While it will give you the profit you would have gone through all stages of suffering before you get to taste the fruits it has managed to produce.

Believe me when I tell you there are way more interesting things you can do with 1 million Naira in Nigeria.

Ise agbe, ise ile wa ni…so we sang in those days (as if they actually jumped at the thought of going to farm now as grown-ups).

Agriculture has been used to describe man’s way of feeding from ages past. It was the main occupation of our forefathers and undoubtedly will yield a profit when invested in.

Agriculture is deep-rooted in the nation’s rich soil and favorable weather conditions. With so much history, it is undeniably represented as the green color of the Nigerian flag.

Colonization came and within the wave of improvement dragged along, the research began, results could be seen in the extending branches of agriculture.

Livestock production, crop farming, fishery, etc. are one of the emerging business opportunities in Nigeria.

It could be said, when looking back on the colonial times, more hands have been on deck in improving the agriculture sector.

Evidence can be seen in various programs, such as green project, Operation Feed the Nation and the likes that have been raised to improve the production of food in the country.

Unfortunately, the oil boom barged in and agriculture shrunk into the shadows gradually. Now remorsefully, the country is tracing its steps back to agriculture.

With the rapidly growing population, both nationwide and globally, agriculture is a business worth venturing as the sector has got lots of exploited areas.

How about we go into some? Hmmm…someone’s interest is piqued. Lets go.

You can dive into cucumber production, poultry farming, pig farming, and goat business, maize production, vegetable production, and so much more that will yield sizeable returns in a short duration.

It is an undisputed fact that food is one of the essential needs of man. Like seriously, how long can you go without food?

When talking about these businesses, they basically involve the sale of cooked food, but in different packaging.

While a restaurant cooks based on food majorly demanded in the area and sells to customers that come in, catering involves cooking based on what is demanded by selected ones.

When going into catering, you need utensils either rented or bought, causal or permanent workers, good service and cooked food, a business name with a dose of creativity.

One can start a restaurant business with less than a million Naira and be cash flow positive in a few months.

I was listening to a story the other day of how some people lost a job they had not gotten because they couldn’t operate a desktop at the test center… that’s stale news now and even if it’s going to make news in this present age, the percentage is so minute compared to that in the story.

The waves of technology have swept over the country, although the country is not fully utilizing it yet, it is no surprise that there are gadgets everywhere.

No one wants to go for a whole day without a charger, also an earpiece is important to some, it could be a phone battery or a laptop battery, or a keyboard, or any other important accessories you can think of.

So investing 1 million Naira in this kind of business is not a bad idea one bit.

As the saying goes ‘do not put all your eggs in one basket’.

Most importantly, do not invest everything you have all at once. Start small then keep expanding, add to investment or invest your profits, and keep going until you start to soar.

There are a lot of things you could do with 1 million Naira in Nigeria, these are just a few, with the hope that you’ll drop your comment to add to the list. 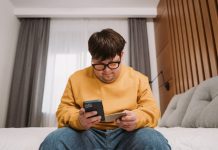 13 Real Ways to Make Cash From Your Mobile Device 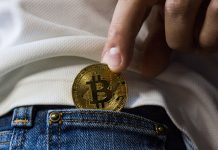 Bitcoin: How to Get, Use, and Store It 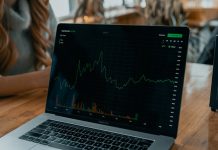 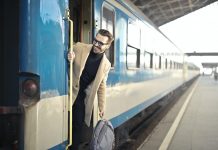 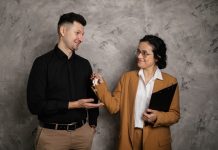 Simple Guide to Get Started in Real Estate for Beginners 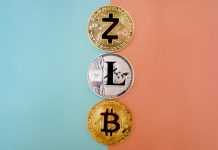 How to Trade Cryptocurrency?