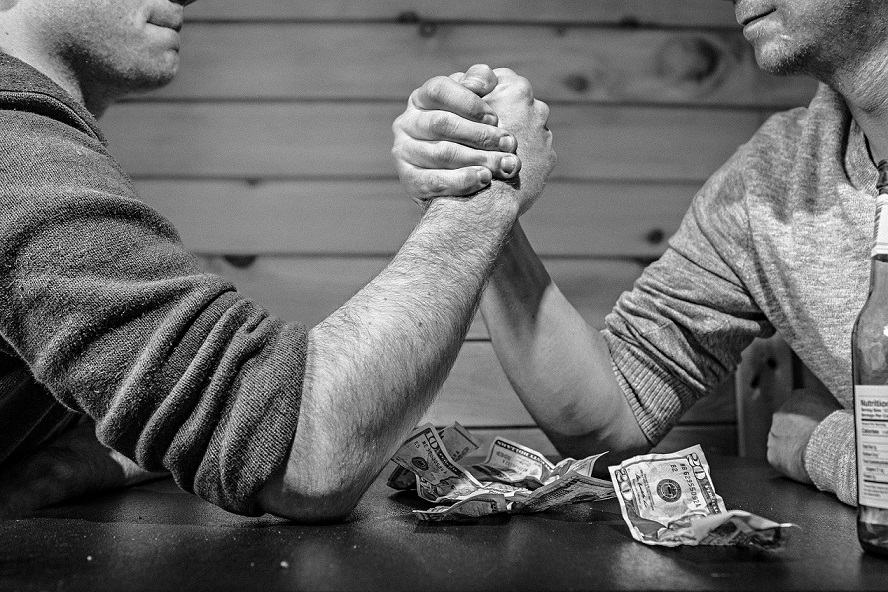 Sports betting has been and will continue to be one of the most popular activities on the planet.

Betting on sports has been around since sports became a thing, although there are restrictions depending on where you are or who you are.

There are certain countries in which sports betting is still illegal, while people aren’t permitted to bet if they’re players, coaches, or members of team staff if they’re involved in the particular sport.

Betting has become a billion-dollar industry and is responsible for economic growth in several areas. As to why it’s so popular, we’ll take a look at some of the reasons below.

That’s it, plain and simple. It’s why people bet. No one makes a bet with the intention of losing unless there’s some ulterior motive.

There’s quite a lot of money to make betting on sports and it could become a legitimate source of income if done right. Betting shouldn’t be done on a whim and all of one’s bets should be backed by research.

There’s always room for a fun, casual bet and winnings can be had on the back of those too. But, for the most part, a lot of thought should be put into betting.

In any case, large sums could be made from the practice and it’s the chief reason for its popularity.

Betting on sports is pretty easy. Finding an avenue to bet is hardly difficult and betting itself is straightforward, although there are a few complicated aspects.

One could simply walk into a physical betting house but online betting has been a thing for some time now, which makes it so that bets could be placed from a mobile device or computer in minutes.

It’s much easier to pull your phone out of your pocket and place a wager than walking into a casino and spending hours playing games.

But even casino gambling has been gamified and the advent of the virtual reality casino is already upon us.

One of the perks of betting online as opposed to physically is the bonus factor. Users can win free bets and various other freebies, with most of the major sites offering such to new signups.

So no, you don’t have to head to Las Vegas, Atlantic City, or get involved in the Colorado betting scene to enjoy profitable punting.

Watching a game instantly becomes more exciting once your money is involved. It’s one thing being a fan watching on but there’s added interest once a bet has been placed on a particular outcome.

Betting is one of the activities that promote the secretion of dopamine to the brain, which in turn leaves the individual in question in a much better mood.

Of course, moods sour when money is lost so it works both ways. But one could still catch a dopamine high even when losing.

A piece from the BBC in 2016 reads: “But if someone is ultimately losing money – perhaps even losing their job or house as a result of nursing their addiction – how can that high possibly outweigh the sacrifices?

“The first thing to note is that people don’t just gamble for the prospect of winning. Mark Griffiths, a psychologist at Nottingham Trent University who specializes in behavioral addictions points out that gamblers list a wide range of motivations for their habit.

“Even when you’re losing while you’re gambling, your body is still producing adrenaline and endorphins,” he says.

Human beings love getting big returns that are brought about through little effort. A few dollars can usually make you hundreds if you choose the right odds.

The less likely a team or person is to win, the bigger the payout if they do win, so there is always more money to be made betting on the underdog.

Another perk of betting on the underdog is not feeling the loss as badly. Betting $10 on a low-ranked tennis player to win a game or tournament will not leave you as disappointed if he or she loses as betting on the favorite and still losing.

Just about anyone can bet on sports unless they’re actually involved in the sport, as long as they’re above the legal age. There is always room for one more punter as memberships are virtually unlimited.

No matter where you are in the world, you could find an avenue to bet online, although a VPN might be needed in certain locations. Sports betting does not discriminate and, as mentioned above, everyone’s welcome.

Previous article
What Can You Bet on During Euros With 1xBet?
Next article
Reasons Why Every Entrepreneur Needs A Business Mentor