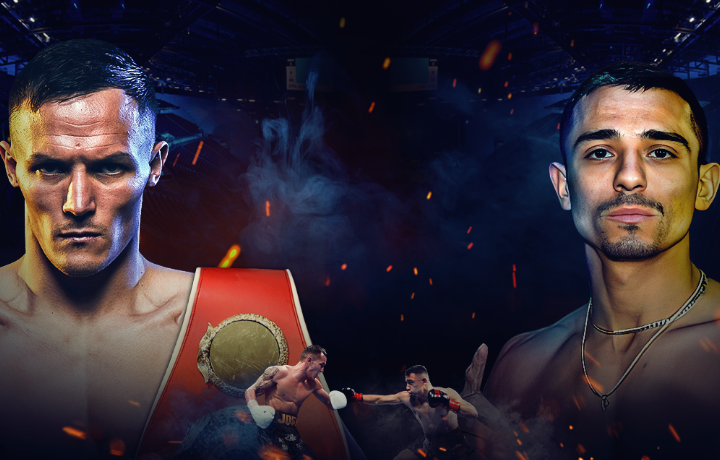 2022 has provided fans with a plethora of impeccable showdowns throughout the course of the calendar year, leaving many to question on what the latter months of Winter will have in store for boxing fans to enjoy heading into the conclusion of 2022 and the beginning of 2023.

The upcoming few weeks within the month of Autumn are already providing fans with plenty of high stake showdowns, namely in the form of Bivol vs Ramirez, Lomachenko vs Ortiz and Edwards vs Alvarado, leaving the overall hype surrounding the boxing scene towards the backend of 2022 as immensely high.

However, there has certainly been a slight stint of disappointment directed from the boxing community following on from the cancellation or postponement of some high-class bouts that would certainly have merited their initial hype.

The cancellation of Conor Benn and Chris Eubank Jr.’s showdown is especially apparent following on from Benn testing positive for an illegal substance, as well as Tyson Fury’s proposed clash with his British heavyweight counterpart Anthony Joshua which seems to still be a far cry from ever taking place.

Despite all these recent setbacks, there is still a great amount of hype and potential for numerous high-profile boxing events to come to fruition, which will likely be met with an immense amount of praise from fans and pundits alike.

These are some of the top rumored and confirmed bouts to look forward to heading into the frigid winter season:

One major Winter bout that has already been confirmed is the highly anticipated showdown between Featherweight rivals Josh Warrington of the United Kingdom and Luis Alberto Lopez of Mexico.

Fans of both fighters and the entire wider boxing scene can partake in sports betting online with the impressive boxing odds listed on the BetUS sportsbook for all future cards, with this fight in particular being a potential candidate for one of the top fights featured in the month of December.

Both fighters have amassed a great following throughout their impressive careers, with Warrington earning immense plaudits and unwavering support from his hardcore fanbase back in his hometown of Leeds which, unsurprisingly, is where this clash will be set.

Lopez is widely regarded as one of the top Mexican fighters that the world has to offer, which suggests the odds in the sports betting online will struggle to split them. The IBF World Featherweight title also up for grabs if this fight wasn’t mouthwatering enough.

After announcing his desire to unretire and face off against his British heavyweight counterpart Anthony Joshua, their highly anticipated showdown was eventually called off after a contract dispute leaving the ‘Gypsy King’ to sight out another heavyweight contender before turning his efforts towards Oleksandr Usyk.

Fury’s team appear to have settled on a trilogy clash with long-time rival and heavyweight veteran Derek Chisora which is believed to be scheduled for the 3rd of December later this year.

After his incredible trilogy with Deontay Wilder and his subsequent victory over Dillian Whyte in April, Fury made it clear that he had sighted aspirations to retire from the sport with his numerous heavyweight title belts still firmly wrapped around his waist, yet with Usyk toppling Joshua for the other available division crowns, Fury has made the decision to unretire with the aim of toppling the Ukrainian for the remaining belts.

Before he aims to square off against the feared Usyk, Fury must test his might against Derek Chisora in what is sure to be one of the biggest rumored fights set for the remainder of 2022 and what could be the final clash between the two British phenomenon’s in a trilogy showdown.

It seems all the more likely that the Bronze Bomber’s next climactic showdown will be against Andy Ruiz Jr. following on from Wilder’s first round KO over Robert Helenius earlier this month with Ruiz also impressing in his unanimous decision win over boxing veteran Luis Ortiz (a fighter who also has faced off against Wilder twice).

Reports are suggesting that the WBC is expecting this fight to go ahead with the winner being named as the final eliminator to become a mandatory challenger for Tyson Fury’s WBC Heavyweight World Championship.

With Wilder now returning back to his best following on from his thunderous KO against Helenius and Ruiz also being more than a worthy challenger for any heavyweight contender, this is an unmissable fight that boxing fans will be clamoring for heading into the new year.

Some other notable bouts that are likely to be scheduled (or at least rumored for the upcoming Winter months) include Chris Eubank Jr. vs Liam Smith, Caleb Plant vs David Benavidez, Ryan Garcia vs Gervonta ‘Tank’ Davies and potentially the long anticipated Errol Spence Jr. vs Terence Crawford bout that could be rescheduled from the initial date of November 2022 into the new year amid growing contract concerns between both parties.

Previous article
Trading Bot: What Is It For?
Next article
4 Ideas for Your 2023 Small Business Marketing Strategy