The Six Geopolitical Zones In Nigeria and Their States

Which are the Six Geopolitical Zones in Nigeria? They are six in number.

Growing up as an average Nigerian child, I had no inkling of what geopolitical zones in Nigeria were; I mean I was occupied with going to school and doing my assignments.

But as young as a primary 1 student, I knew mummy Ify did not cook same Nigerian dish as my mum.

As I got older, I became familiar with other ethnic groups in Nigeria, alas. Mummy Ify was igbo, and although the state and capital song followed the multiplication table, that follows the aunty/uncle good morning recital, it never registered in my head.

Then, I was familiar with two tribes and felt the Hausa tribe was only seen in the north…behold the older version of me.

I know there are three major tribes in Nigeria, geopolitical zones, 36 states and capital, with 774 local government areas.

Trust me na, I must share so i can run mouth…haha, let’s go.

How Many Geo Political Zones are In Nigeria?

As a Nigerian irrespective of your tribe, there is a difference in the same ethnic group. The Yorubas are under that same umbrella but differ in their tribe, same as the Igbos and Hausas.

It all happened once upon a time, before geopolitical zones in Nigeria became an upgraded solution, to building a more organized country with many different languages and all that there existed regions.

This classification was not just enough considering the diversity in one country, then came General Sani Abacha, oh please let us not open the sordid history of his reign.

Despite all, he created the geopolitical zones in Nigeria that stand as the pyres to be lighted during camp fire night at the NYSC camp.

Also Read: 21 days in Nysc camp can make or break you

Prior to this ranking, it had always been and is still considered the giant of Africa with its description of been a ‘middle – income’ economy.

The six geopolitical zones in Nigeria contribute to making the Nigeria economy in its different segments of agriculture, mining, transport, oil, tourism, and more. 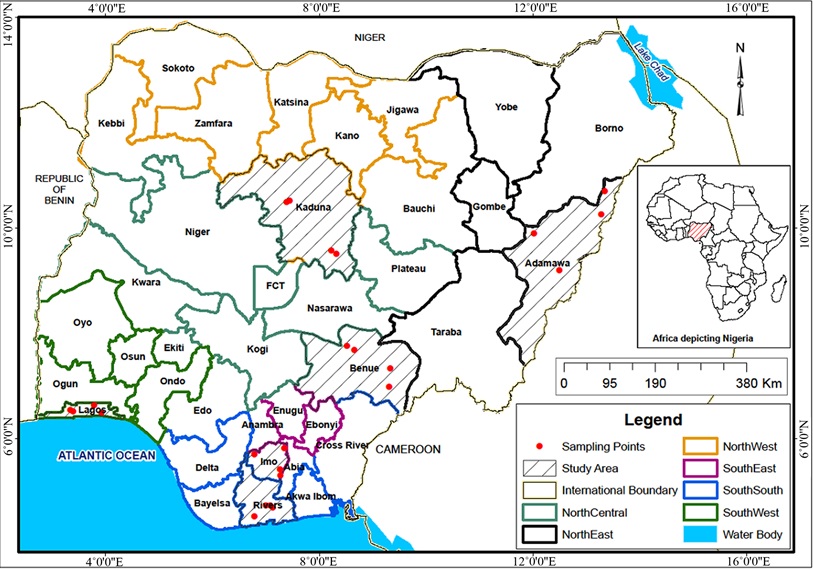 This is the Yoruba influenced sect of the country, the religion practiced in this geopolitical zone include Christianity, Islamic, and Traditional.

Yoruba is the official language of south west, one of the six political zones in Nigeria. States in the South West Zone Include:

The south west zone is arguably one of the most educated geopolitical zones in the country, with Ekiti reputed to have the highest number of professors in the country.

Did you know that the cocoa house is the first skyscraper to be built in Nigeria?

The south south is undeniably one of the geo political zones in Nigeria and is often referred to as the largest producer of oil in the country.

Also Read: The list of top 50 oil companies in Nigeria

The south south zone states are also under the Niger Delta region as oil producing states. The economic activity of this zone includes farming, fishery, and lumbering.

The south south zone boasts of 125 local governments area in the country.

Presently the South East Zone has no future of being excluded from the geopolitical zones in Nigeria despite history of Biafra War and agitation for separation of the Igbo people.

Igbo kwenu! This is the Igbo dominating zone of the political zones in Nigeria with total area of 29,388 kmsq.

There are 95 local government areas in this geopolitical zone in Nigeria and the Christian religion is more dominant. In this zone, most Christians are catholic or Anglicans.

Our business centered brothers and sisters are indigenes of one of the states in this geopolitical zone of the country. Economic activities of this zone include palm oil production, farming, trading.

Information based on 2006 census tells a population of 35,915,467; ranking it the most populated of the geopolitical zones in Nigeria.

Despite being the most populated zone in the country, it has a total area of 216, 065 kmsq; making it the third largest total area in Nigeria.

Did you know that Zamfara was the first state to introduce Sharia law in the country?

The religion in this zone is predominantly Islam. Other economic activities include mining of natural resources like gold in Zamfara, mining of Tin in Sokoto, and farming.

This is one of the geopolitical zones in Nigeria having Hausa as its common language as it consists of the Hausa, Fulani, Tiv, and more.

Did you know that there are 112 local government areas in the North East geopolitical zone in Nigeria?

This is the geopolitical zone that is often regarded as the middle belt region in the country. It is home to the seat of Nigerian President, and it has 112 local government areas in Nigeria with a total land area of 235, 118 kmsq.

It is reputed to be the most diverse section of the country. Its economic activities include farming, trading, weaving, blacksmiths, and mining.

Conclusion on the Six Geopolitical Zones In Nigeria

There are six geopolitical zones in Nigeria with each zone having similarities in ethnicity and culture amongst the states, there are also 774 local governments areas spread across these zones.

Some will call it partitioning, well it is true but it does not make the other less of a Nigerian than the other.

Previous article
How to Write a Business Proposal That Gets Selected
Next article
What Are Stocks & Debentures?