What Is Simi Net Worth?

Let’s talk about one of our music female celebrities “Simi”, her personal life, career success, awards, and net worth.

Let me give you interesting news: this personality is one of the top 10 richest female musicians in Nigeria in 2020.

Simi, having great talent in singing started her career as a church chorister and from there developed herself into a music star that is being celebrated today.

As we know that Simi is one of the 21st-century music stars and within these previous years, the young star has recorded lots of achievement, especially in the music industry.

What then is Simi’s Net Worth and how has she successfully made it in the music industry?

Simisola Bolatito Ogunleye, popularly known by her stage name as Simi, is an Afro-pop artiste who became well known for singles called “Tiff” and “E No Go Funny”.

She was born on 19th April 1988 in Ojuelegba, Surulere, Lagos State in the southwestern part of Nigeria. However, she is from Ondo State. She is currently 31 years old.

By her nature, she is a tomboy, having grown up as the last of the four children of her parents and also the only girl. 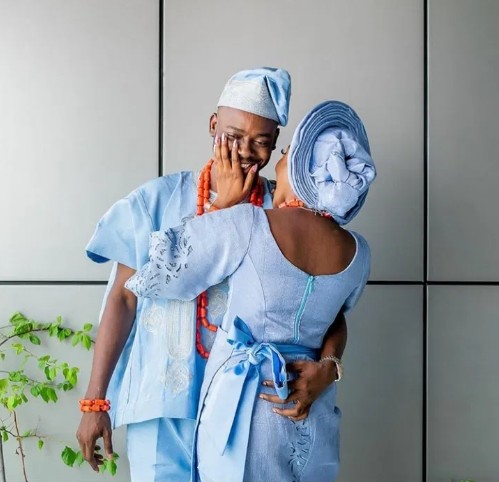 Her parents separated when she was 9 years old.

However, she found herself living and raised by a single mum but that did not derail her.

After her primary and secondary school education, she proceeded to Covenant University in Ota, Ogun State, Nigeria and graduated with a Bachelor’s Degree in Mass Communication.

She is married to one of the music artists in Nigeria, Adekunle Kosoko – popularly known as Adekunle Gold, on 9th January 2019.

Simi grew up dancing and singing as a member of her local church choir until she wrote her first song at age 10.

She started her professional music career in 2008 with her debut album titled “Ogaju” with Hit tracks like “Ara Ile” and “Iya Temi” produced by Samklef.

Simi musical career came to limelight when she released the Hit titled “Tiff” in 2014, the song was nominated in two categories at the Headies 2015 and further brought her to mainstream recognition.

The video for “Tiff” was released on 30th August 2015 and was directed by Josh Clarke. The song went to be nominated in the “Best Alternative Song” category at the 2015 Headies Awards.

She released her EP album titled “Restless” in January 2014 which gave her more recognition and earned her a record deal with X3M Music. Though in May 2019, she left the label following the expiration of her contract.

On 14 February 2016, she released the Oscar Hemen Ackah-produced love ballad “Love Don’t Care”, the video was directed by Clarence Peter. The song received frequent radio airplay and was met with positive reviews.

In an interview with the Leadership newspaper, Simi revealed that she started working on her second studio album, which was slated for release in 2016.

Upon releasing “Jamb Question”, Simi was listed as one of the artistes to watch out for in 2016 by NotJustOk. The remix of “Jamb Question” features Falz.

On 27th October 2016, Simi collaborated with Falz to release the hit song “Chemistry” a project which was described by Oghene Michael of 360Nobs as an “experiment of the word art”.

She released her 12-track second studio album “Simisola” which has two hit singles like “Smile for Me” and “Joromi”. Both songs were accompanied by music videos directed by Clarence Peters and Aje Films respectively.

The music track “Simisola” was released in September 2017 and received positive reviews and went on to debut at number five on the Billboard World Albums chart.

Her third studio album “Omo Charlie Champagne, Vol.1” was released to coincide with her thirty-first birthday on 19th April, 2019.

She launched her record label Studio Brat in June 2019. You can check through the top 14 Nigerian Music Websites to download any of these songs.

The album is a slight departure from the relatively afro-centric feel of “Simisola”. It is a mixture of the sentimental ballad, Afropop, Afro-fusion, Afro-soul, R&B, EDM and Moombahton.

Apart from singing and songwriting, Simi is also a sound engineer. She is credited to have mixed and mastered Adekunle Gold’s album “Gold” which was released in July 2016.

She has also featured in several hit records like “Soldier” with Falz, “No Forget” with Adekunle Gold, “Orire” with Legendary beatz and a few others.

Her music style is basically hinged in the rhythm and blues, soul and hip-hop genre of music.

Simi was by endorsed by Etisalat and Opera Mini as the brand ambassador of both companies in 2017 and 2018 respectively.

These endorsements were worth millions which boosted her career and also increased her popularity and her net worth.

Simi is currently one of the richest and most influential female artistes in Nigeria with an estimated net worth of 700,000 U.S Dollars.

In one of Simi’s quotes, she wrote, “Life is short. Enjoy your life. Don’t spend half of it worrying about what you don’t have, so you won’t have to spend the other half regretting not enjoying what you have”.

Living a life with purpose, focus and enthusiasm helps one in realizing ones dream. Truly, this music artiste has realized her dream or maybe one of her dreams.

What are you doing to realize that dream? You may be included in the list of top celebrities tomorrow.

Previous article
[Latest!] The Richest Women In Nigeria And Their Net Worth
Next article
10 Major Sources of Government Revenue In Nigeria