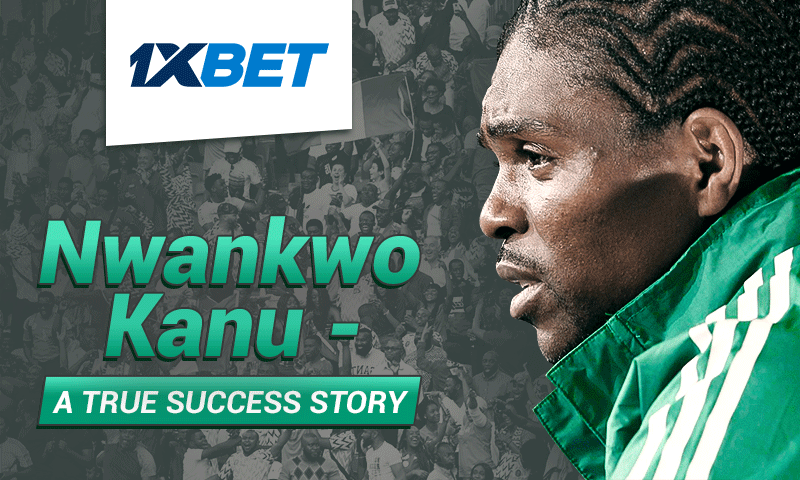 Born in Owerri, Imo State, in the east of Nigeria, Nwankwo Kanu’s life story is exceptional.

The footballer himself remembers how he used to be a “street boy”, meaning that he basically did everything on Tetlow Street while growing up.

Football was a big part of his time spent on the streets, playing the king of sports on the road, cars going past, and without a proper ball.

“No referee, no rules. We would just put things down to make goalposts and play with a rubber ball” – Kanu remembers.

In rare cases, this rubber ball would be similar to a tennis ball – perfectly round – however, most times it wasn’t around at all, and it would bounce all over the place.

In Kanu’s opinion, having to play with a smaller and unpredictable ball helped him with ball control and other skills that turned him into one of the best African players in history.

On even rarer occasions, he and his friends went to play on a nearby school field. Don’t picture green grass or anything similar to a football field, they would play on a hard, dry surface that caused bruises and scratches every time they fell.

However, the passion and energy of playing football helped him disregard the scratches and kept him on the field from morning until dawn. A quick snack and a drink and then back to football until the parents called them inside for good.

That’s how Nwankwo Kanu started what would later turn out to be an illustrious career with multiple titles conquered with the biggest clubs in Europe.

Without any coaching until the age of 11, the Nigerian striker continued playing in school, and then people noticed his skills. He started playing for the Federation Works Nigerian league club before moving to Iwuanyanwu Nationale.

He immediately drew the attention of the Nigerian U-17 coach who added Kanu to the team for the U-17 World Championship.

After decisively contributing to Nigeria’s success at the 1993 FIFA U-17 World Cup, Ajax’s scouts noticed him, and he made his debut at the Dutch club in the same year.

In his first year at Ajax, Nwankwo Kanu scored 25 goals in 54 appearances, confirming that he is set to become an incredible player. He went on to win the Champions League with Ajax in 1995 and played in the final against AC Milan.

In 1996, Inter Milano bought Kanu, and in the same summer, he captained the Nigerian national team towards Olympic gold.

With a decisive contribution – 2 late goals -in the semi-finals against Brazil, the striker helped his team win the Olympics and got the first African Footballer of the Year award the same year.

Kanu won the UEFA Cup in the 1997-1998 season with Inter before being bought by Arsenal. In the Premier League, he continued his sensational form, despite experiencing severe heart problems during his time at Inter.

He won the Premier League and the FA Cup twice with Arsenal and came second in the UEFA Cup in his first season.

Kanu is often seen as an idol for young Nigerian boys, and many would like to follow his footsteps towards greatness. But more than becoming an idol for the youngsters, the striker managed to change parents’ mentality.

When he was a kid football was seen as just play and a way to pass the time for little kids before they were able to work.

Nowadays, parents see their kids playing football and think “that’s something my child can do for a living” after witnessing Kanu’s success story.

Forever a giver, Kanu started working with Unicef and set up his Heart foundation to help children with heart problems.

Besides this, the most decorated Nigerian footballer of all time gives back to the country by opening several football academies across the country.

The first one was in his home state, Imo, while in 2019 he established the Kanu International Football Academy where young players from Nigeria and all across Africa can enjoy the conditions needed to polish their skills and follow the footsteps of Nwankwo Kanu himself.

You too can build your success, just like Kanu did. It doesn’t matter if it’s too late to start playing football and building a career as a player.

You can use 1xBet to still use football and round your income to enjoy a better life. By using the odds and promotions offered by the bookmaker, you can use your football – and sports in general – knowledge to win big and build your fairytale future alongside 1xBet.

Just like Kanu did when he was playing football on the streets, you just need to believe in yourself and take steps towards achieving your goals.

If you want to value your sports knowledge, that first step is registering an account at 1xBet.

The online bookmaker will always provide a helping hand through promotions, risk-free bets, and rewards to help you win.