So you’re thinking, what’s the most translated website in the world 2019?

Jw.org The Most Translated Website In the World With Over 940 Languages

Many people have guessed that it should be the domains of the worlds’ leading companies like Google, Apple, etc.

But the fact is this; the official website of Jehovah’s Witnesses is actually the most translated website on earth. The website is www.jw.org, with this emblem below:

The website has at present been translated into over 500 different languages, with publications downloadable in over 940 languages and variations of sign languages, making it accessible to deaf people too.

Also Read: Net worth of the world’s richest man 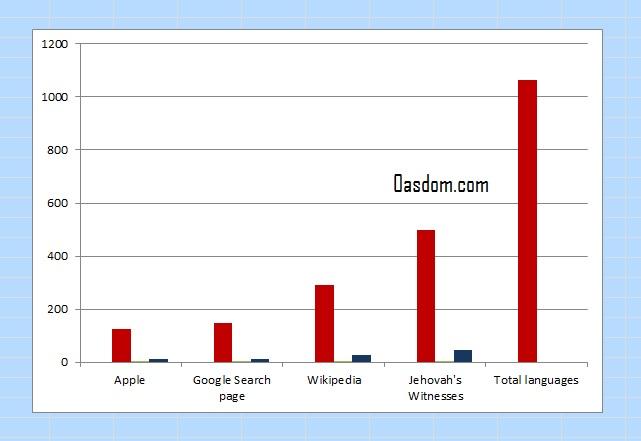 Jehovah’s Witnesses’ official website is created for the sole purpose of making spiritual food available for all regardless of their background, culture, and language.

There are over 8 million Jehovah’s Witnesses all around the world in over 115,400 congregations.

Today, books and magazines that explain the bible are now translated into over 700 languages.

Also Read: This is how the World Wide Web was born

The Most Distributed Magazine In The World

The Watch Tower is the most widely-read magazine in the world, it is hand-distributed, and a Brooklyn-based monthly publication of Jehovah’s Witness.

Yes, this magazine is printed to proclaim God’s kingdom. Over 52 million Watchtower magazines are being printed every month.

Also Read: The List of Top 10 Richest Females in the World

The Most Translated Magazine in the World

The Watch Tower magazine has been printed in over 250 languages. The Awake magazine have been translated into over 100 languages.

Another book that explains the bible published by Jehovah’s Witnesses is the “What does the bible really teach?” has been printed in over 250 languages. 200 million copies have been printed!

What’s most interesting about Jehovah witnesses’ website is that it keeps adding new languages.

In August 1, 2014, witnesses all around the world began a month-long global distribution of a new tract entitled “Where can we find answers to life’s big questions?” to raise awareness of their official website. 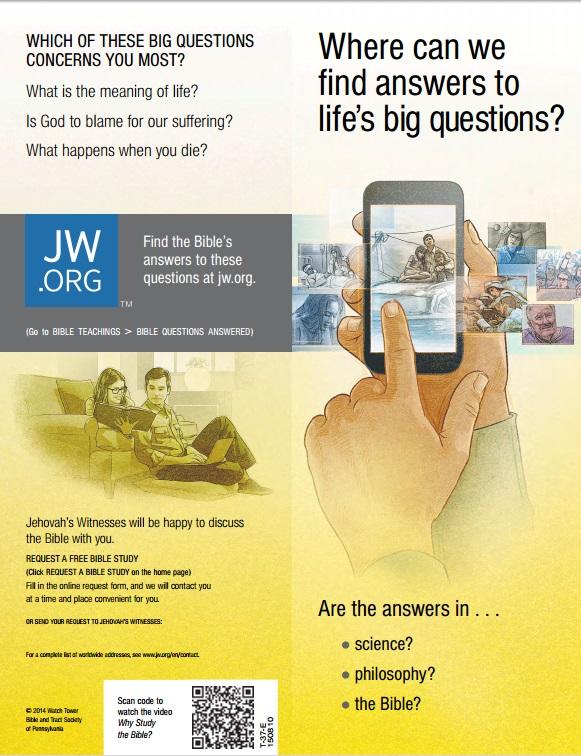 The translated site features articles and videos offering practical advice to people of all ages, backgrounds, and circumstance.

Talk about video translation on the web into various languages, the Official website of Jehovah’s witnesses is filled with countless videos for downloads, and in different languages.

For example, one of the most popular videos – “why should you study the bible” has been translated into over 450 languages, thanks to the multilingual translation resources at their disposal.

Stats have shown that over 1 million downloads occur on Jw.org every day and this will help people absorb bible knowledge in their own language.

Did you know that there are more than enough sign languages for the deaf to also understand bible truth?

The Braille form of written language for the blind has simply driven in a point; that the major responsibility of Jehovah’s witnesses is to spread Gods word and make disciples.

In this audio, Jw.org explains their translation process across the globe and how translating articles, magazines, books, videos, and audio have been a great help to their readers.

In fact, the ultimate mobile app of Jehovah’s witnesses – JW Library App has been translated in to hundreds of languages.

With this app you can read the bible in your own language, study the bible with countless referrers to other publications, without the use of internet. It’s truly a gem.

Also Read: The top 10 tallest mountains in the world

Last Notes On the Most Translated Website in the World

Geoffrey Jackson, a member of the Governing body of Jehovah’s witnesses states: “Since its launch, people all over the world have found jw.org to be an invaluable resource.

So, what did you think of the most translated website in the world? Is the translation task really worth it? Let’s have your comments.

Found this article to be helpful? Please give it a share!