Do you know what the South South States in Nigeria are? Well, you need to know that Nigeria is divided into 6 geo political zones.

Each of the geo political zones has its own location. One of them is called the South South geo-political zone.

The South south states in Nigeria are known for the largest Oil production in Nigeria. These states are seen as the main sources behind development of Nigeria’s economy because they are blessed with mineral and natural resources.

The south south states in Nigeria also involve in the production of gas and are seen as the main stream behind gas production in Nigeria.

In fact, not only oil and gas productions are found common among these states, the states also involve in agricultural activities which has also been contributing to the development of Nigeria’s economy.

A lot of job opportunities are available in the South south states of Nigeria because there are series of research companies, industries, investment companies, tourist centers and more within the states, in which gives fair chances for employment in Nigeria.

So, I should ask the question I asked at the beginning again, do you want to know what the south south states in Nigeria are?

If yes, then you would need to keep reading for you would definitely encounter them below.

Meaning of Southern States In Nigeria

The Nigeria geographical zones and their states are the major division of Nigeria in terms of region and location.

The Southern states are the states located at the southern part or southern region of Nigeria. 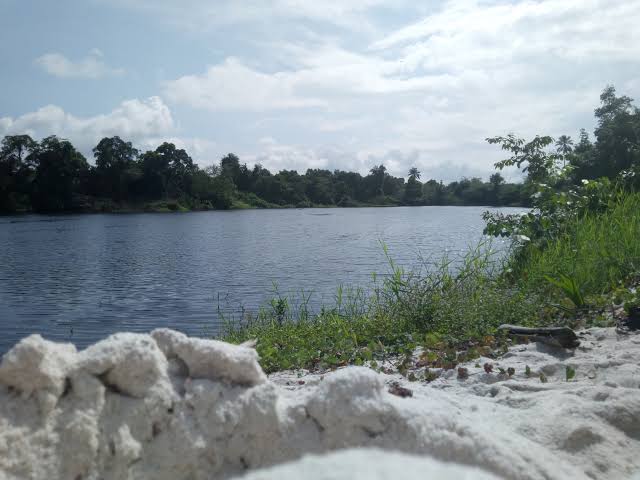 Generally, the southern parts of Nigeria should consist of the 3 geo political zones which belongs to the South, i.e. South West, South East and South South.

You need to understand that these 3 geo political zones in Nigeria that belong to the south does not mean they have the same culture, language and the same way of life.

These Southern states have their own regions which separates them from the other regions, be it from other Southern parts or the Northern parts of Nigeria.

The main Southern states in Nigeria are the states that have their location at the South South zone of Nigeria.

These South South States in Nigeria are;

So, there are 6 south-south states in Nigeria.

Most of these states share boundaries together because they are from the same geo political zone.

It is of popular opinion that these states have the largest oil production in Nigeria and are blessed with a lot of mineral resources and natural resources which has been contributing positively to the richness of the states.

There are only 6 states in South-South Nigeria and these states are commonly known for their active involvement and contribution in the development of Nigeria’s economy.

I would like to examine these South-South states in Nigeria so as to make you know more about them and how blessed they are, naturally.

Akwa Ibom state, one of the richest states in Nigeria is located in one of the coastal areas of Nigeria.

This state shares boundary with a lot of states and cities like Rivers state, Abia state, Uyo, Eket, Ibeno, Abak, and other cities. Among the producers of crude oil in Nigeria, Akwa Ibom takes the 3rd position.

There are a lot of tourist centers in Akwa Ibom state and some of these tourist centers are Oron museum (where valuable antiquities and artifacts are kept), Lord Lugard Residence (where Lord Lugard once lived during his stay in Nigeria before Nigeria gained Independence).

There is also a Presbyterian church located in Akwa Ibom (This church was founded by the popular Mary Slessor, the woman who stopped the killing of Twins).

Another popular tourist center in Akwa Ibom state is the Ibeno Sand Beach which is one of the perfect places for relaxation.

Akwa Ibom state has a population of about 5.4 million people.

Bayelsa state is found in the lower Southern area of the Niger Delta region. Bayelsa state was formed on October 1st, 1966 during the regime of General Sani Abacha.

Bayelsa state is well known for large production of oil and gas which covers 30% of Nigeria’s oil production.

The first Nigeria’s oil well was discovered in Bayelsa state, Oloibiri in 1956 and it was said to be about 12,008 feet deep.

Bayelsa state has also contributed to the industrial sector in Nigeria with its reserves of gravels, Clay and sand. 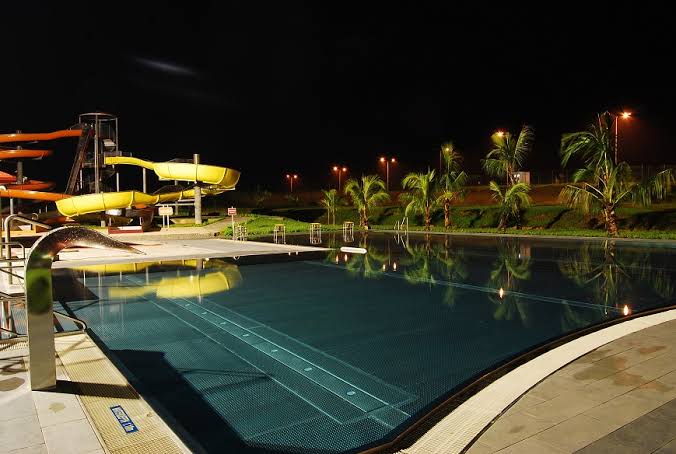 Cross River state was formed in 1976 out of the old South Eastern state with a landmass of 20,156 square kilometers.

The state has one of the most popular tourist attractions in Nigeria, the Obudu Mountain Resort.

Cross River State is one of the world’s biodiversity hotspots because more than half of the land is seen as tropical rain forests. 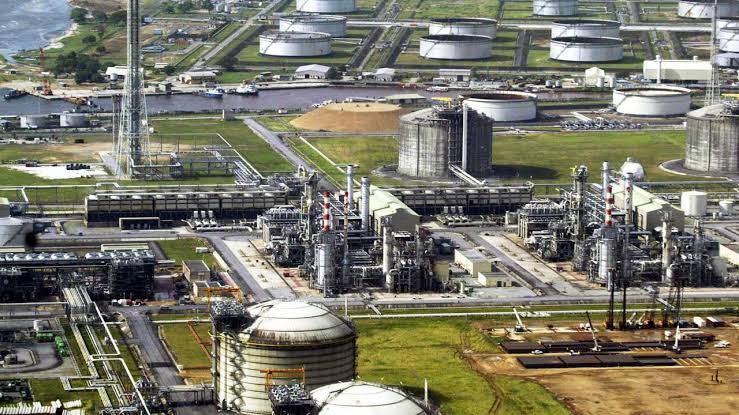 Delta state was formed in 1991. This state is popularly known for its involvement in the production of oil in Nigeria. Delta state got its name from the delta of River Niger.

Asaba is the capital city of Delta state. Delta state has a land mass of 18,050 square kilometers and has 25 local government areas. It is also blessed with the Delta state university.

There are tourist centers in Delta state as well and some of them are; River Ethiope Source, Leisure Paradise Amusement park, Kwale Game Reserve, Asaba beach, Gordon River Resort and many more.

Delta state has a population of about 4.1 million people. 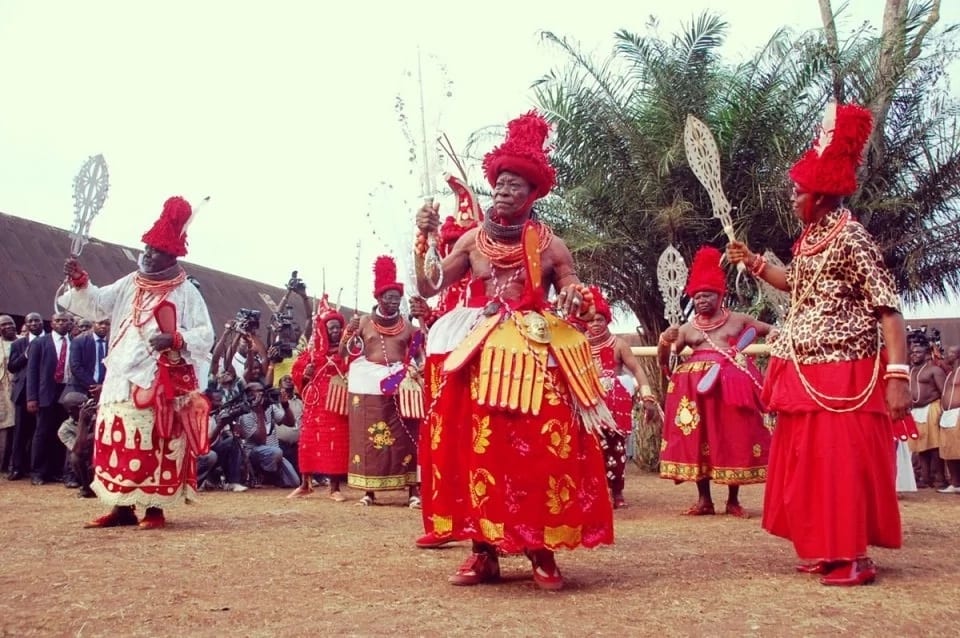 Edo state was formed in 1991 out of the old Bendel state. Edo state has a land mass of 19,794 square kilometers and share boundaries with Kogi state, Delta state, Ekiti state and Ondo state.

One of the most popular cities in Edo state is Benin City. Edo state also has different natural resources like crude oil, natural gas, lime stones, marbles, clays and more.

Edo state has 18 local government areas and has multi-ethnic groups which some of them are recognized as; Akoko Edo, Afemai, Binis and Others.

Edo state has a population of about 3.2 million people.

Rivers State was formed on the 27th of May, 1967. Rivers is definitely one of the most developed states in Nigeria.

Rivers state has a land mass of 11,077 square kilometers and has multi-ethnic groups like Engenni, Andoni, Abua, Ibanni, Okrika, Ikwerre and others.

Rivers state is also known for the production of oil and it covers about 40% of oil production in Nigeria.

The most popular city in Rivers state is Port Harcourt, the capital city of the state.

Rivers state has a population of about 5.1 million people. 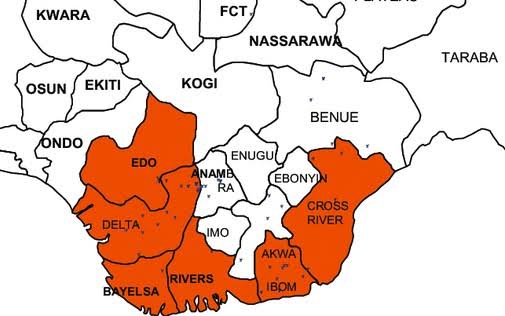 The south South states are the ones located at lower parts of the Nigeria map as seen in the picture above. They are the states highlighted in the map above.

The Six Political Zone In Nigeria

The 6 geo political zones are;

Among the northern states in Nigeria, the North West consist of 7 states and they are; Jigawa state, Kaduna state, Kano state, Katsina state, Kebbi state, Sokoto state and Zamfara state.

The North Central is regarded a Middle belt region in Nigeria and it consist of 6 states as well and these states are; Kogi state, Benue state, Kwara state, Plateau state. FCT (Federal Capital Territory Abuja) and Niger state.

Since you’ve read about the south south states in Nigeria, I’m sure you know how these states have been contributing to Nigeria’s economy for good.

The south south states in Nigeria are really nice places for tourists and which anyone could visit and enjoy each moment of their stay.

Talk about the beautiful beaches in the states, the beautiful view of the tropical rain forests, and many more relaxation centers, you’ll want to be there.

With all what you have read, what do you think of this post? Did you find this post helpful? Let’s have your comments.