What do you understand by middle belt states in Nigeria? Which states are referred to as middle-belt states?

This piece of writing will be giving a detailed information about states that are right in the center of Nigeria.

First, the term Middle Belt is used in human geography to designate a belt region stretching across central Nigeria longitudinally, and forming a transition zone between Northern and Southern Nigeria.

The Middle Belt came into existence after Nigeria’s former Head of State, Late General Sani Abacha, decided it was necessary to further group the nation.

Middle Belt Nigeria, which is also referred to as North Central, is a region which is a mixture of minor and major ethnic groups coexisting together. Though, this region has claimed that they are not part of Northern Nigeria.

This region is mapped at the center of Nigeria and stretches longitudinally from one end of the map to the other, that is, from West to East.

Basically, states in Nigeria North Central do not only share boundaries, they also have similar history and cultural heritage; that was the overall aim of the whole process of grouping Nigeria into geopolitical zones.

So, let me now talk about the states we have in the Middle Belt Nigeria, their history and cultural heritage.

These zones were created not entirely based on geopolitical location. They were created rather based on cultural similarities, shared history, and ethnicity.

Nigeria is divided into six geopolitical zones; they are: 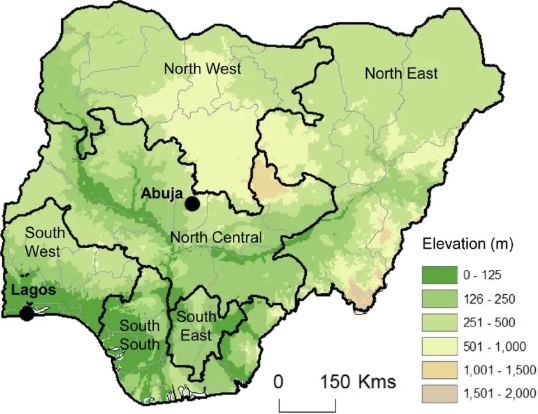 According to the map of Nigeria, the states that fall in the zone of the Middle Belt include:

It is inhabited predominantly by the Tiv, Idoma, and Igbede people, who speak Tiv, Idoma and Igbede respectively.

Benue State is named after the Benue River and was formed from the former Benue-Plateau State in 1976.

Benue State as it exists today is a surviving legacy of an administrative entity which was carved out of the protectorate of Northern Nigeria at the beginning of the twentieth century.

The territory was initially known as Munshi Province until 1918 when the name of its dominant geographical feature, ‘the Benue River’ was adopted.

Benue State is an intriguing place that is fast evolving and it is blessed with a State University.

The state is known for its friendliness and abundance of food which means you are sure to have a marvelous time.

Abuja is termed to be one of the middle belt states in Nigeria, which is referred to as the Federal Capital Territory of Nigeria.

The FCT is a title formerly held by the commercial city known as Lagos. It is the state which houses the seat of all the President of Nigeria.

Abuja was formed in 1976 from parts of the states of old Kwara, Niger, Kaduna and Plateau States with the bulk of landmass carved out of Niger State.

Unlike other States of Nigeria, which are headed by elected governors, it is administered by the Federal Capital Territory Administration, headed by a minister appointed by the President.

Abuja is geographically located in the center of the country, lying between latitude 8.25 and 9.20 north of the equator and longitude 6.45 and 7.39 east of Greenwich Meridian.

The Federal Capital territory has a landmass of approximately 7,315km2, and it is situated within the Savannah region with moderate climatic conditions.

Abuja is a place of attraction to tourist especially when it comes to visiting the popular Zuma rock. The Zuma rock is believed by many to have or possess healing forces or powers.

Apart from Zuma rock, Abuja has lots of amazing places which can be visited for fun.

Kogi State is one of the North Central states in Nigeria which has its capital located in Lokoja.

It is popularly called the Confluence State because the confluence of River Niger and River Benue is located at its capital, Lokoja, thereby, attracting tourist to the city.

Kogi State is the only state in Nigeria which shares boundary with ten other states which includes one of the South East states in Nigeria (Enugu) and even some South Western States.

The state was created in 1991 from parts of Kwara State and Benue State.

There are three main ethnic groups and languages in Kogi: Igala, Ebira and Okun (a Yoruba Group) with other minor groups.

The name “Nigeria” was coined in Lokoja by Flora Shaw, wife of Lord Baron Luggard, a British Colonial Administrator, while gazing out at the River Niger.

This state is also where two great hydroelectric power supply is located.

Kwara State is located within the North Central geopolitical zone which has its capital located in Ilorin.

The primary ethnic group is Yoruba, with significant Nupe, Bariba, and Fulani minorities.

Kwara State was created on 27th May 1967, during the military rule, when the Federal Military Government of General Yakubu Gowon broke the four regions that then constituted the Federation of Nigeria into 12 states.

There is also Sobi Hill amongst others which is the largest landform in Ilorin, the state capital.

Agriculture is the main source of the economy and the principal cash crops are: cotton, cocoa, coffee, kola nut, tobacco, beniseed and palm produce.

Nasarawa State is a state located in the North Central zone of Nigeria with its capital city in Lafia. It is one of the middle belt states in Nigeria.

Nasarawa was created on 1st October, 1996 by the Abacha government.

It has agriculture as the mainstay of its economy with the production of varieties of cash crops throughout the year.

Nasarawa State is home to the Farin Ruwa Falls, one of the highest falls in Africa, in Wamba Local Government area of the state.

There is also the Salt Village in Keana Local Government Area of the State which produces naturally iodized salt from the lake located near it.

Niger State is a state in the north central of Nigeria and one of the largest states in the country, which has its capital located in Minna.

It was formed in 1976 when the then North-Western State was bifurcated into Niger State and Sokoto State.

It is home to Ibrahim Babaginda and Abdulsalami Abubakar, two of Nigeria’s former military rulers.

The state is named after the River Niger, one of the largest rivers in Africa.

Two of Nigeria’s major hydroelectric power stations, the Kainji Dam and the Shiroro Dam is located in Nigeria state.

This state also has the famous Gurara Falls as its tourist centre, located in Gurara Local Government Area which was named after Gurara rivers.

It also features a heterogeneous blend of religions and traditions which adds to its reputation as a spirited and a colorful society.

Plateau State is one of the middle-belt states in Nigeria with its capital city located in Jos.

Plateau State is celebrated as “The Home of Peace and Tourism”.

The state is named after the picturesque Jos Plateau, a mountainous area in the North of the state with captivating rock formations, hills and waterfalls.

Plateau State is located in Nigeria’s middle belt with an area of 26,899km2, the state has an estimated population of about three million people.

One of its notable tourist centers is The National Museum in Jos that was founded in 1952, and is recognized as one of the best in the country.

It is renowned for its archaeology and The Pottery Hall has an exceptional collection of finely crafted pottery all over Nigeria, also includes some artifacts dating between 500 BC to 200 AD.

This is because some people believe that Middle Belt Nigeria is still indeterminate because it lacks designated borders. But this region is officially made up of the seven states mentioned above.

As it has been said earlier that there are officially seven states that are referred to as the middle belt states in Nigeria.

The image below shows the mapping of the geographical zone of the Middle Belt Nigeria and its states. 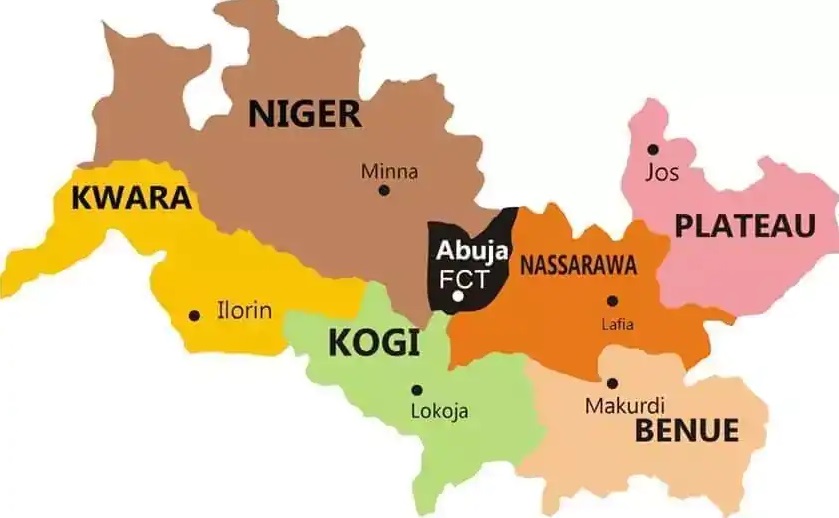 Though there are some northern states in Nigeria that also claim to be part of Middle Belt Nigeria, this is because the middle belt states share boundaries with other states and there is no definite border to determine the exact geographical boundary.

Conclusion on the list of Middle Belt States In Nigeria

Nigeria is a large country with many tribes and ethnic groups settling in various regions.

Therefore, there was a need for the government to merge similar groups for effective allocation of resources. This brought about the middle belt states in Nigeria.

Did you find this post informative and educative enough? Kindly drop your comment(s).