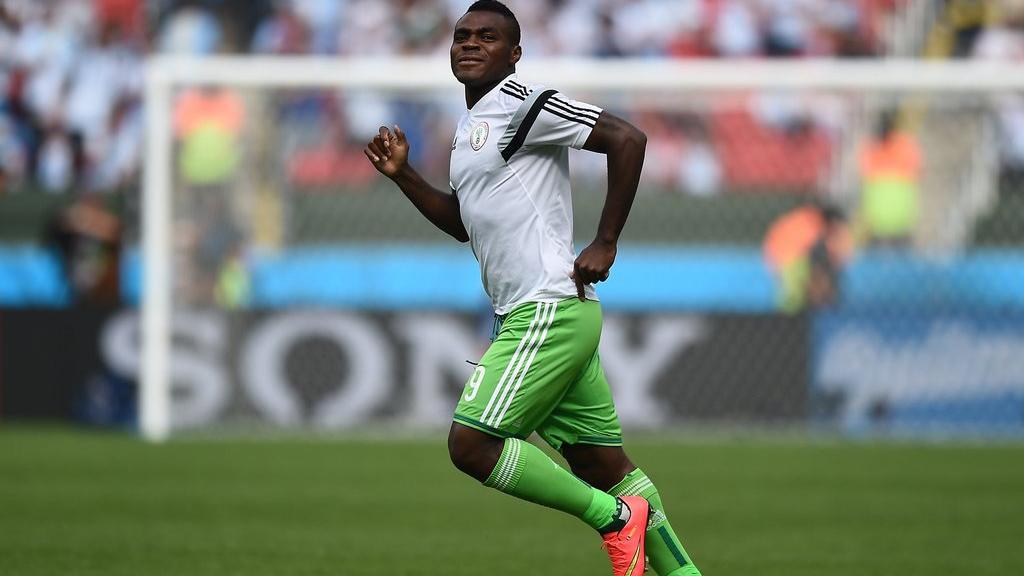 The beauty of football is the sweet memories that it generates. These memories remain for as long as man exists.

In the history of the AFCON, there have been numerous footballers who impressed football fans with their performances.

We will pick just five of the most impressive player performances in the history of AFCON.

We’ve written about the richest footballers in the world, you should check it out. But today, we’ll share with you 5 impressive player performances in AFCON’s history.

One of the greatest players in the history of African football enjoyed his most impressive AFCON tournament in 2004.

This came at the back of leading his club Bolton Wanderers to the final of the league cup as captain.

Nigeria’s tournament kicked off with a disappointing 1-0 loss to Morocco but they improved thereafter.

Their improvement was spearheaded by Jay Jay Okocha who assisted and scored in the next game as Nigeria defeated South Africa 4-0. His goal in that match was the 1000th in the competition’s history.

In the quarter-final match against Cameroon, he put in a man of the match display to earn Nigeria a 2-1 win.

The team’s bid to win the title was dashed in the semi-final where they lost to host Tunisia. Okocha scored an 87th-minute equalizer to force the match into extra-time and penalties where Osaze Odemwingie’s miss proved costly.

Notwithstanding, he overcame that disappointment to help Nigeria win the Bronze medal match against Mali. His goal in the third-place match was the 4th of the tournament: no other player scored more.

Jay-Jay Okocha was rightly named the player of the tournament and was included in the team of the season. A few weeks later, Pele named him on the list of 125 greatest ever football players in the world.

It was his first tournament in the AFCON in a star-studded Egyptian National team that won two consecutive tournaments preceding this.

However, Mohamed Nagy (Gedo) had one of the most impressive player’s performances in AFCON history.

As a substitute, he scored the 3rd goal in Egypt’s 3-1 and 2-0 wins over Nigeria and Mozambique in the team’s first two matches.

With the quarter-final match against Cameroon locked at 1-1 in extra time, Gedo scored to put his team ahead in the 92nd minute. Egypt eventually won the match 3-1.

Gedo was one of four goal scorers as Egypt dispatched Algeria 4-0. With the final against Ghana almost heading for extra time, Gedo who came on as a 70th-minute substitute scored the winner in the 85th minute.

The Egyptian man was duly rewarded with the Discovery of the Tournament award alongside his top scorer’s award.

In the days leading to the 2013 AFCON tournament, there was scepticism about the Nigerian National team.

The spotlight was on the inclusion of 6 locally-based players and some relatively new European based players including Emenike.

The Nigerian Striker scored a goal each in Nigeria’s first two matches at the tournament and was one of two scorers as Nigeria shocked tournament favorites Ivory Coast 2-1.

His 4th goal of the tournament was scored in the semi-final match against Mali where he suffered a thigh injury.

Although the thigh injury ruled him out of the final, his team won the tournament. Emenike was named in the team of the tournament and won the Golden boot.

Mohammed Aboutrika performed impressively in more than one tournament. Aboutrika was at the heart of Egypt’s dominance of the AFCON between 2006 and 2010. Perhaps his most impressive display was at the 2008 tournament.

Aboutrika helped his team claim top spot ahead of a Samuel Eto’o led Cameroonian national team at the group stages. The Egyptian star was one of the scorers as Egypt trumped Ivory Coast in the semi-final but his most impressive performance was reserved for the final.

Again, he helped Egypt complete a tournament double against Cameroon in the final when he scored the only goal of the game.

Although a midfielder, he was only edged by a single goal to the top scorer’s award won by Samuel Eto’o – whom according to Soofootball is one of the Most Decorated African Footballers.

Also, he helped his club Al Ahly win the CAF Champions League that year which earned them a place at the FIFA Club World Cup tournament.

At the poll conducted by FIFA for fans to choose the player they were most looking forward to seeing, Aboutrika got the most votes ahead of Cristiano Ronaldo!

He was that impressive.

The argument that is put forward against AFCON tournaments during its’ early years was that only a few teams participated.

However, this cannot take the shine away from Roger Milla’s impressive showing at the 1986 tournament.

He scored a goal in each of the matches leading to the final of the 1986 AFCON Tournament.

Milla opened the scoring in Cameroon’s 3-2 victory over Zambia in the first match. His 89th-minute equalizer earned his team a point against Morocco and scored the 3rd of Cameroon’s 3-2 win over Algeria.

Roger Milla scored the only goal of the game in the semi-final match against Ivory Coast which helped Cameroon book a place in the final.

Unfortunately, they lost out on the trophy on a penalty shoot-out after 120 minutes of a barren draw.

Notwithstanding, Roger Milla’s impressive performances earned him the Best Player award and the Top Scorer’s award.

There have been other very impressive performances in the history of AFCON.

Rashidi Yekini had one in the 1994 tournament while Patrick Mboma had another in 2002.

But that’s for AFCON not the WORLD CUP. However, the reasons why African teams fail at the World Cup is not far-fetched.

Nevertheless, the performance of the five players here is some of the most impressive performances in AFCON history.

Previous article
Baby’s First Bath: What You Need to Know
Next article
Can Live Casinos Compete With the Real Thing?