Want to know how telephone works?

Over 100 years ago, an American scientist called Alexander Graham Bell was sure that electricity could be used to carry voices over long distances.

But how could the sound of voices be turned into electricity? How does the telephone works?

Eventually, after many years of work, Alexander Graham Bell found the answer. His invention was the first kind of telephone. It completely changed people’s lives.

Have you spoken to someone very far away on the telephone? It’s amazing how clear their voice is – even from the other side of the world.

Voices like sounds make vibrations in the air called sound waves. All the sound waves are different from each other. Some are loud, some are soft and some vibrate much quickly than others.

This means that each sound wave can be turned into an electric signal, which can travel along a wire.

The first telephone was invented by Alexander Graham Bell in 1876. The first long distance call was made in Ontario, Canada, between two towns 13 kilometres apart.

What’s Inside the Telephone

When you speak into the telephone, the sound waves of your voice make a plate, called the diaphragm, vibrate very quickly.

When the current flows through the wire, an electromagnet pulls a diaphragm in the earpiece of the receiving telephone.

As the electric current becomes stronger or weaker, the diaphragm moves in and out. This movement makes the air vibrate to produce sound waves which you can hear.

The earpiece of the telephone contains a thin, iron plate called a diaphragm. Behind this diaphragm is an electromagnet, which behaves like a magnet when an electric current flows through it.

The mouthpiece of the telephone contains a microphone. This has a thin metal or plastic plate, or diaphragm. Behind the plate are carbon granules, which allow an electric current to flow.

There are millions of telephones in the world. Each one can be connected with any of the others. Each telephone in a town or district is joined by wires to the local telephone exchange.

The telephone exchanges in different towns or districts are linked together by more wires. Over longer distances, radio transmitters and receivers, or even space satellites, are used.

Every telephone has its own special number. By dialing this number you get through to the person at the other end of the line. When you dial the number, it sends electric pulses along the telephone wire.

The number of pulses is the same as the number you dial. So if you dial ‘7’, seven pulses will travel along the line. Modern telephones have a set of numbered buttons instead of dial.

These telephones have an electric circuit inside them which sends electric signals down the line. Some telephones send musical notes. Each note stands for a different number or telephone. 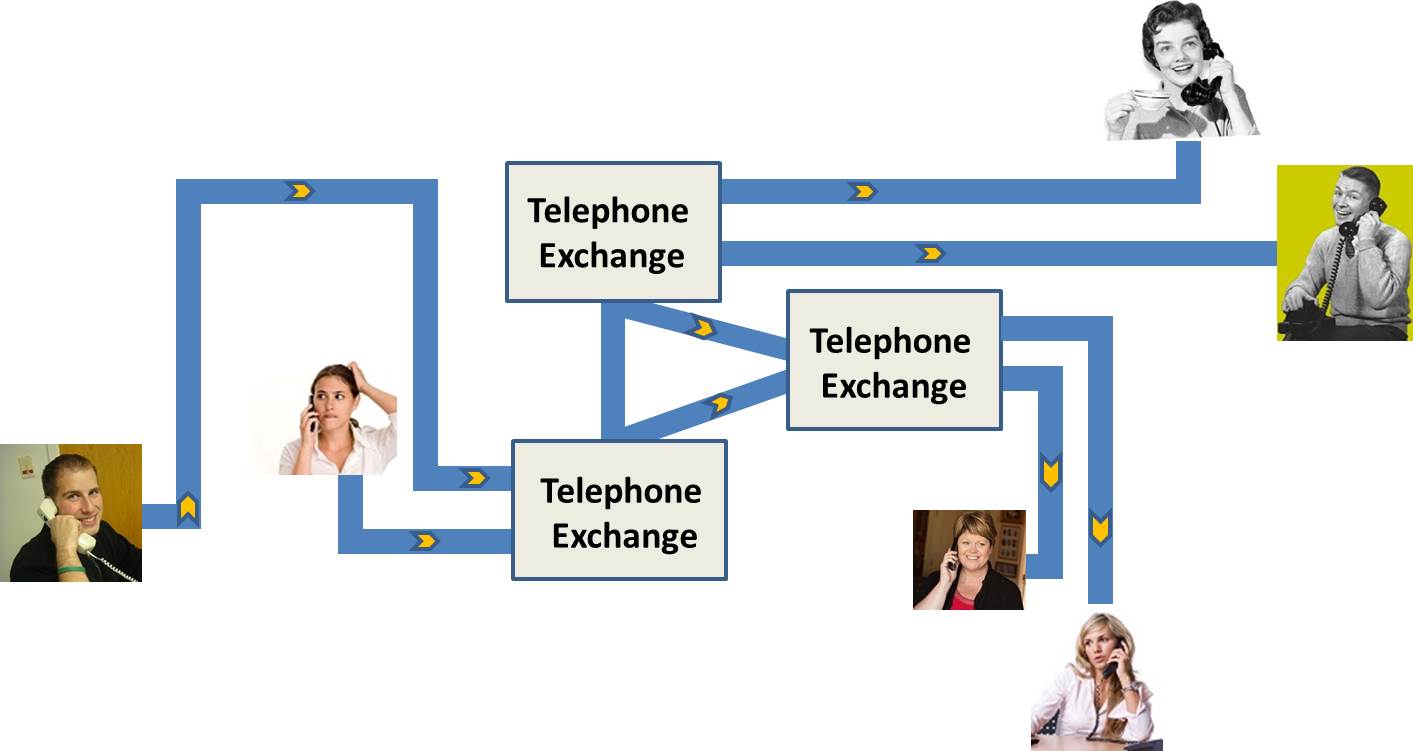 Modern exchanges have electronic circuits to connect the calls. The electric signals or musical tones travel through the exchange electronically.

As electronic switches have no moving parts, they are reliable, quiet and small. This is very important in a large exchange where thousands of calls need to be connected at any moment.

After you’ve dialed or pressed the buttons, the signals travel along the line to the local telephone exchange. Inside the telephone exchange, switch-gear connects the many thousands of calls coming through each day.

When the telephone rings at the other end, the person who answers it picks up the handset, or receiver as it is usually called.

When you talk over a long distance, you are sharing your link with many other people. You cannot hear their conversation because the telephone signals are multiplexed.

This means that many conversations use one wire or a single radio link but they do not interfere with each other.

When you speak into your telephone, the vibrations from your voice are turned into vibrating electric currents.

These electric currents – the signals – travel down the wire. At the exchange, the signals are turned into a code. The coded electric signals are not vibrating, but they are a string of pulses.

It is like turning a switch on and off very quickly. The coded signals from different conversations are divided up into pieces by the multiplexer.

These pieces are then sent one after the other through the wire or radio link between exchanges.

At the receiving exchange, the pieces are sorted out and put back together again by another multiplexer.

Each complete coded signal is then decoded and sent down the line to the person you are calling. What you hear is the voice of your relative or friend as clearly as if they were nearby.

Though this technology behind how telephone works has been in use for many decades, the internet has made the world even more a better place.

Read more about the history of the internet here.

Previous article
5 Reasons Why The Next 10 Years of Digital Media Consumption Will Smash The Last 10
Next article
Why Should I Make My Website Interactive? #Infographic