Could the Ballon d’Or Go to an African Player In the Next Years? 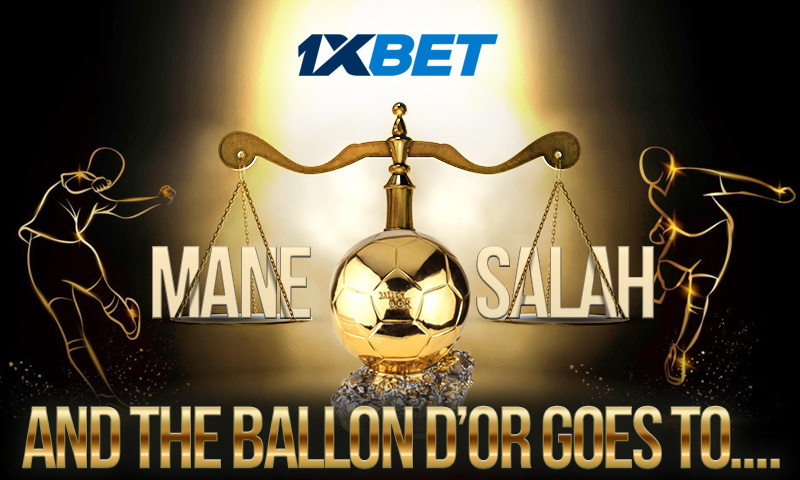 The news of the Ballon d’Or award being canceled for 2020 took the football world by storm.

Especially since several fantastic football players had a fighting chance for the prize this year.

Among them, Sadio Mane and Mohamed Salah are proudly representing the African continent.

But what are the chances of either of them taking the Ballon d’Or back to Africa?

The last (and first) time an African player won the Ballon d’Or was in 1995, the first year when the prize was open to players outside Europe.

After defeating Jurgen Klinsmann, George Weah, playing for AC Milan, won the trophy with 144 votes to 108.

Both Sadio Mane and Mohamed Salah put in consistent performances that helped Liverpool win the Premier League title after a 30-year break.

So, if the award was organized in 2020 as well, it could have been an excellent opportunity for one of them to lift the trophy.

Sadio Mane looks like the player with most chances to win the trophy in the future, judging by the 2020 season.

His form reached a whole new level, and it looks like the sky’s the limit for the Senegalese footballer player.

Already taking the 4th place in the 2019 Ballon d’Or race makes Mane a perfect choice. Especially if you take into account what Messi said after winning the award.

The Argentinian player said it’s a shame Mane only took fourth place, hinting that he favored the African player to win.

Of course, nobody can leave Mo Salah outside the cards for a Ballon d’Or award. He’s indeed been struggling with injuries, and this year wasn’t the best for Salah.

However, a footballer that won the Premier League Golden Boot twice and was voted as the African Player of the Year in 2018 and 2017 can always take the first place in next year’s vote.

No matter if you support Mohamed Salah or Sadio Mane for winning the Ballon d’Or award during their careers, 1xBet offers you some excellent lines to make a profit.

Check out the high odds and numerous rewards to boost your winning chances and place the bet that you think has the biggest chances of coming true.

You can always count on 1xBet to come with a wide offer of long-term bets and other special bets aimed at African players. Yes, 1xbet takes the lead on the list of betting sites in Nigeria.

Create an account right now, if you don’t already have one, to enjoy the wide offer of football bets and all the surprises the bookmaker prepared for its members!

Stocks and NFT: What Makes Them Different