Thanks to 1xBet, bettors can now make money on the world’s leading film awards.

There are exciting opportunities to win in a variety of categories at the Oscars:

1. Renee Zellweger will receive an Oscar for best actress – 1.17

The 2004 Oscar winner can get her second statuette for the lead role in the movie ‘Judy’.

Hollywood is traditionally sensitive to its legends, and Judy Garland, played by Zellweger, is one of the most beloved of all screen icons.

The picture tells the story of the last concerts of Judy Garland, and interestingly enough was released 80 years after the late star’s most famous film, “The Wizard of Oz”.

A combination of the drama around the last years of the life of a movie star, the acting skills of Zellweger, and the directorial skills of Rupert Gould, a well-known theater director, should piece together the puzzle that could see the actress win the statuette.

The film is a musical, which is familiar to Zellweger who received her first statuette for her role in the musical ‘Chicago’.

2. Brad Pitt will receive an Oscar for best supporting role – 1.12

This sex symbol of Hollywood is 56 years old and still stands without an acting award from the prestigious Film Academy, barring a statue for ‘12 Years A Slave” as a producer.

This may be the year to correct this flagrant injustice.

Pitt gave a powerful performance in ‘Once Upon a Time in Hollywood’, where he played Cliff Booth, the backup and friend of Hollywood movie star Rick Dalton.

This role was played by Leonardo DiCaprio who showed equal prowess.  However in the lead actor category it is believed to be almost impossible to beat the formidable Joker, in the form of Joaquin Phoenix.

3. Quentin Tarantino will receive an Oscar for best director – 5.5

Tarantino, director of ‘Once Upon a Time in Hollywood’, has an equally complicated relationship with the academy.

He holds two statues for Best Original Screenplay for ‘Pulp Fiction’ and ‘Django Unchained’, but is yet to bag Best Director win. Surely this is his year?

‘Once Upon a Time in Hollywood’ is arguably the best Hollywood movie in recent years. He has used his love of unique and classic film culture to produce a rendition of a famous era in Hollywood.

It is all about the American Dream. It’s passion and sorrow are reminiscent of other acclaimed winning directors’ efforts, such as Alfonso Cuaron for ‘Birdman’.

Finally, enhancing his chances is the fact that Tarantino himself has said that this is  the last, or the penultimate film he will make.

Based on the above information it may seem that “Once Upon a Time in Hollywood’ is the front runner for Picture of the Year.

It is definitely a favorite in this category alongside ‘Marriage Story’ from Noah Baumbaсh.

However, Todd Phillips ‘ ‘Joker’ has been receiving a lot of praise and received the main prize at the Venice Festival, which indicates that it could well bag the prize.

This is a story about the origin of the Joker, in which all critics have taken note of the outstanding performance of Joaquin Phoenix.

The gloomy tone of the narrative, showing the transformation of the individual in modern society while touching upon social problems all weigh in its favor.

A year earlier, Black Panther was the first film based on a comic book to be nominated for best film and perhaps The Joker is going to reinforce the influence of comic book characters on Hollywood.

5. Rutger Hauer will be shown last in the memorial video – 10

One of the most memorable and touching Oscar traditions is a memorial video that recalls those legendary movie figures who passed away in the preceding year.

One of these legends last year was actor Rutger Hauer – and there is one powerful argument in favour of betting that they will close the video with frames featuring him.

Perhaps the actor’s most stellar role was the role of the android in the movie ‘Blade Runner’ with one of the most memorable parts being when Hauer, in the rain, gave a really brilliant monologue about his life, ending with the words “It’s time to die”.

You can make these and other bets on the 2020 Oscars all at superb odds on 1xBet one of the leading betting sites in the world.

So, make your bets and watch the Oscars in anticipation of great wins! 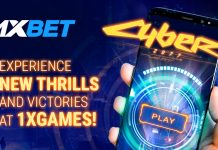 Get An Insight Into The Different Types Of Home Builders

How to Remain Healthy During Winter

What is an Emergency Protection Order?