Are you kidding me? You mean this is your husband? She said yes with great conviction. “I love him for who he is. He is not like other men, he appreciates me and supports me, and that is good enough for me.

His facial look was not even part of the things I considered when I agreed to marry him. He has other things that are more important to me than his looks, so, I’m happy with my choice”.

One factor that seems to play a very vital role when it comes to taking a decision on the choice of a partner is how good looking the person is. It is so important to some people that it (wholly) forms the basis of their decision.

To some people, it goes as far as influencing the level of their confidence in the presence of friends, colleagues and family members, and it enjoys prominence above other requirements like income level, background, job type etc.

Findings have shown that while men give so much prominence to a woman’s looks or attractiveness, women on the other hand, pay less attention to mans looks but rather give more attention to other factors like security and a man that appreciates and support them.

In other words, while men consider a woman’s attractiveness or endearing physique, women pay less attention to good looks and focus more on other things, some of which were identified above.

What Researchers have found

A study published on telegraph.co.uk points out that men who are less attractive usually go after the beautiful women, unlike handsome men who wait for the women to come to them.

It stressed that the confidence, optimism and persistence of such less attractive men who approach beautiful women could make such women find them attractive eventually.

Some women explained that being in a relationship with a less attractive man gives them security, peace of mind, as ladies would not find such men attractive, and such men often times reciprocate by being committed to making the relationship work.

“Most women want men who can make them feel loved, secured, appreciate them and if a man is able to do those things, coupled with an appreciable social status, among other things, then, he would be a woman’s choice, one of them said”.

Men tend to behave better when in the presence of an attractive woman, thus, it can be argued that the men who are married to such women tend to do everything possible to sustain their marriage, which would make the marriage to be more exciting.

Other Findings you may want to know about

Professor Dan Ariely, an expert in behavioral economics, in a post on livescience.com explained that men are very sensitive to women’s attractiveness, while women seem to be sensitive to men’s height and salary.

Another researcher, James McNulty, from the University of Tennessee, United States, explained that the role of physical attractiveness in serious relationships, even though mysterious, could not be overemphasized.

So he’s going to work hard to maintain that relationship.” He also added that when men are more attractive, they could be less committed to the sustainability of the marriage because of their access to women that are more attractive than their spouses and they tend to take such women for granted.

Related: Ladies, If you’re Wearing a Bra While Sleeping

One of the studies conducted to unravel why beautiful women prefer less attractive men found that a marriage that has such combination tends to last longer as they would be more positive and supportive of each other, unlike when the man looks better than the woman.

Another study, reviewed on nydailynews.com, added that if the woman is more attractive than the man, they tend to be content and supportive of each other.

In examining the response of 82 newlyweds, it was found that the couples (participants) recorded more satisfaction if the woman is not as good looking as the man, compared to when the man looks better or they have equal attractiveness.

Regardless of the extent to which woman looks better than the husband, the difference, in favour of the woman is all that matters.

The study also shows that men are more readily disposed to holding on to a pretty wife than lose her to anyone else, thus, men tend to do things that would sustain the relationship, unlike having the tendency to take the woman for granted if they are more good looking.

Ugly men tend to see attractive women as an asset that should be preserved and appreciated, thus they would want to nurture the relationship.

It is also possible for men who are handsome to take a less attractive partner for granted because of the likelihood of being able to go after more attractive women.

On a concluding note, the reason some ladies go for less attractive men is that if a lady is conscious of her beauty, then she would want someone who can appreciate her and help her to preserve it, and ugly men will value them more than handsome men.

For ugly men, it is a sort of psychological compensation for the ugliness and they could use it as a form of defense mechanism. Thus, an ugly man will pay whatever price payable to get a beautiful lady.”

What do you think? Let’s have your comments. 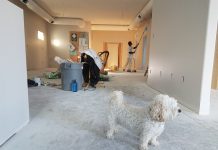 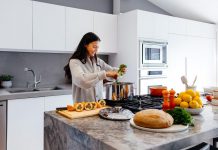 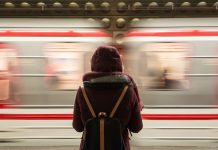 6 Tips When Moving to a New City Alone 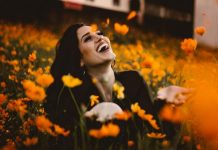 Why Self-Care Can Assist You in Stress Management