Hmm… Say ASUU and the next word that follows is strike. Talk about government and you’ll find a lot of citizens with lost hope in our institutions.

I remember it as clear as spring water, those sayings ‘knowledge is power’, ‘ignorance is a disease’; even the song ‘bata mi a dun ko ko ka, tin ba ka iwe mi’.

Alas! They were all lies; our shoes are not making those sounds anymore, instead madam koikoi shoes sound way louder than ours.

Education, they say, is the best legacy. Little wonder why despite the screams and tears we shed as little children, our parents still bathe and carry us to that school and still claim to love us unconditionally.

Even though our brains could not read those sayings yet, we were trained along those lines from a tender age.

For those who the program was successful on, they have faced too much to regret their quest for knowledge at times.

The ever depreciating state of the tertiary education in Nigeria will never stop the tree from weeping when cut with an axe. It is gut wrenchingly heartbreaking (if those can be used together).

The question is who exactly is to be blamed?

The government, ASUU, the students themselves or citizens of Nigeria? What roles have they all played?

Birthed 41 years ago, 13 years after Nigeria independence, the Academic Staff Union of Universities provide shade to academic staffs in all Nigerian federal and state universities…

It would seem during its creation, one of its mandates is to strike at the slightest chance (lol).

As young as 10 years, the menace called an association began its history and future of subsequent and impending strike.

It started in 1988; when the strike was embarked on to speak for fair wages and autonomy of universities.

We were still under the no nonsense military rule, it should not come as a shocker to you that they were quickly nipped in a bud.

It would seem they were not as intimidating then as they were silenced for 2 years before resurfacing in 1990, but that oath or covenant made from its conception date is always stronger than warnings and persuasions.

As they resurfaced, so did strike. Again they were tamed.

General Sani Abacha dismissed some staffs in 1994 and ASUU, as usual, went on strike. It would seem their strike yielded no result and 1996, another strike over the same issue.

Our fight back to democracy did not only bring liberation from military rule but put us in another kind of chains.

The truth is, ASUU seem to be uncontrollable since the free world.

Over the years, this association of self centred beings have been unbearably annoying. Let me give you a breakdown:

All these futile and senseless efforts (I’m in my house, come and beat me) put into strikes that yield minimal to no result but instead give affected Nigerian students a rethink on their decision about education.

That is the ASUU we can see, I label them self centred even if I understand they have their reasons to piss, they are splashing it on someone else and that is where the problem is.

Funniest thing is, let the student union peep with strike, they will not take it. Yet, they are so concerned about themselves that even after the general ASUU senseless strike; they can embark on their own internal strike.

Let us take LAUTECH for example, the inconsideration of the academic staff union in that school makes me shake my head and vibrate in anger at how they join ASUU so eagerly even after just concluding their internal strike that banned academic activities in the school for a long while.

Unilorin has been reported to be standing in the sun away from the ASUU umbrella. Is it not the same school ASUU went on strike for those years ago?

The history of Nigeria will never be complete if ASUU is excluded. Just mention ASUU and the next word that finds its way into one’s mouth is ‘strike‘. Kilode!

How many retrenched or sacked people do you see going on strike? How many underpaid workers go on strike endlessly?

Hmm, an upgraded version of ASUU. Many in the public have seen the government to be unconcerned about the country they are supposed to fight for.

They not only know the right thing but also the calibre of people they are dealing with in ASUU, instead keep using the Nigerian students as ball on the field.

We live in a country where it is as if we have no government who see to things. Forget that subject Government we learned in school, it’s like a fairy tale.

Is the government really handling education effectively? Is education even a priority?

Not quite long, 2018 to be precise, #LazyNigerianYouth was the viral thing on social media.

Though not what the President had in mind if I’d say, many employed and unemployed youths especially, voice out on social media.

Who is going to put an end to ASUU strike, will it be any of these 2019 presidential candidates, or those leaders are not yet born?

Citizens of Nigeria; how long will you sit and fold your arm? Yes, you the aspirant for that presidential or government seat or whatever political title is attached to that seat.

You promise the future and criticize the present government, what have you done as an individual?

Is your name not labelled on one of those seats in the House of Representatives? I tell you, you do not have to be on that Nigerian throne to make a difference. Yes, I thought as much, many have said y’ all the same.

Hmm, Nigeria my country, blessed with brains and rains to grow our grains. Believe you me, Nigeria; you have not seen brain drain.

Let us take the self centeredness up a notch and see what will happen to those you lied to that they are the future of tomorrow.

A student is defined as a learner, an undergraduate; in summary, one who studies irrespective of your educational level, either in any of the top best universities, polytechnics, or colleges of education.

Today, the Nigerian tertiary students are defined as victims, puppets, pawns, in the meaningless game that is always played between ASUU and the government.

A typical Nigerian student will write UTME and select a tertiary institution he can afford, thinking it is for a specified number of years but will get admitted to face extended years than anticipated…no be carry over cause am o, una sabi na.

After they age in school, they come out to face the hurdles the country has set in place. The labour market with its age requirements and minimum of 5 years working experience…argh!; what on earth is going on?

What is the point of pursuing education? It would seem like the more you seek the part of knowledge on formal education in Nigeria, the more you are doomed.

I agree with the popular saying that “True, education is the key, but the padlock has been changed”

Greatest of the greatest Nigerian students!!! I hail o. Make we sef invest in ourselves, lets stand up. Enough of been grasses to be stepped on.

Whatever you do, never let schooling affect your education, don’t let an exam result determine your future.

The question is, can you be successful without a university degree?

Should we really blame ASUU? At least the union is only after the interests of its members (read the full meaning of the acronym again), also citizens of Nigeria.

But why are they still so inconsiderate about the other citizens of Nigeria they are negatively affecting? The meagre funds that persuaded the students not to go to private university but after calculations, much more have been spent.

The government that have shown non nonchalant attitude but have tried, although not successfully; painting themselves as caring.

The aspirants, which blame those on the seat, but are actually not much different after all?

ASUU again, for still using the destructive approach for predicted failed results? The one reading this article and still will not do anything?

I wish my hand could do as much justice as my mouth is doing to my brain. Enough of the depreciating state of education in the country. Stand up and let us together purge our country clean.

You can start by liking and sharing this article everywhere.

I’d love to have your comment in the box provided below. 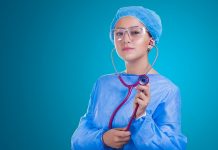 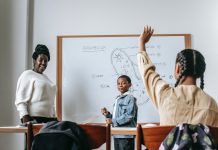 Metacognition In School: The Importance Of Teaching To Think 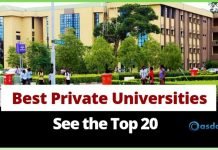 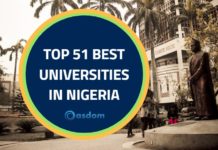 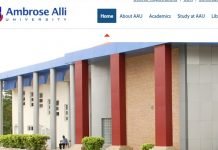 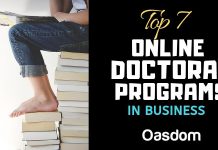