5 Greatest African Footballer to Ever Play In the Premier League 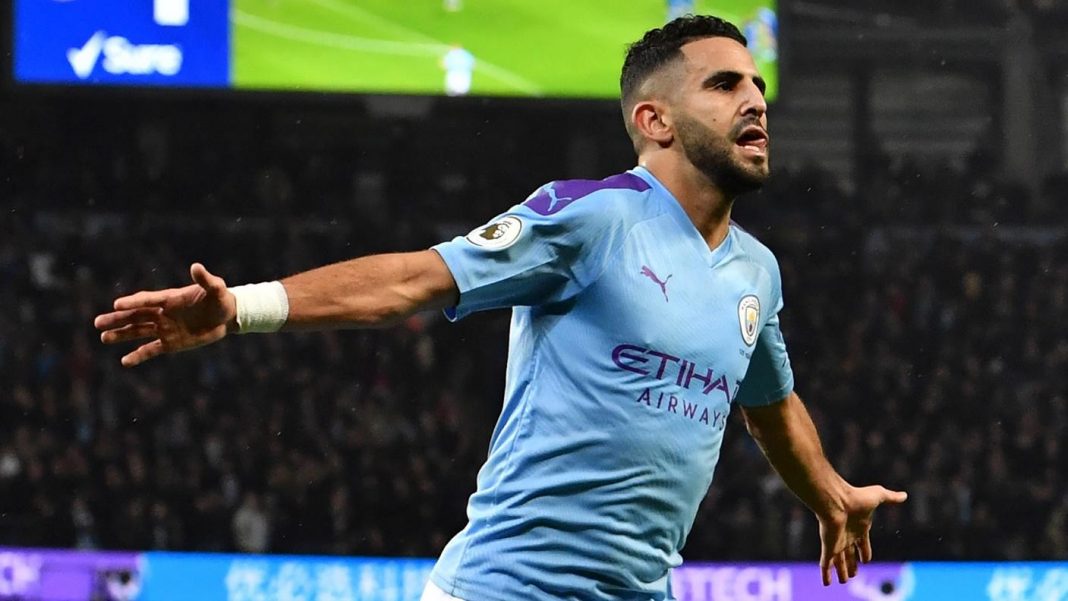 Premier League since its format inception in 1992 had been one of the best leagues in the world and their current dominance in European competition is a reference to the standard that had been so sumptuous and entertaining to their audience all over the world.

What is more interesting about the Premier League is the inflow and adaptation of the African players in the league.

Many African players have come and gone, while some became legends in their respective clubs, some a fantastic player and some are mere squad players.

But some really make their mark in the league while their name can not be forgotten.

Currently, the likes of Naby Keita, Sadio Mane and Mohammed Salah help Liverpool to their maiden English Premier League gong in 2020, while they end their 30 years wait.

But the likes of Riyad who is currently having the form of his at Etihad is looking to help Manchester City to their third league victory in four years while the Citizens have been ordered to lift the gong at -25000 odds despite their slow start to the season.

More so, from Mahrez to Mane and others, African players have always been a back to the English team in their quests to dominate both the league and continental competitions but below are the five greatest players that have made their mark on the Premier League.\ 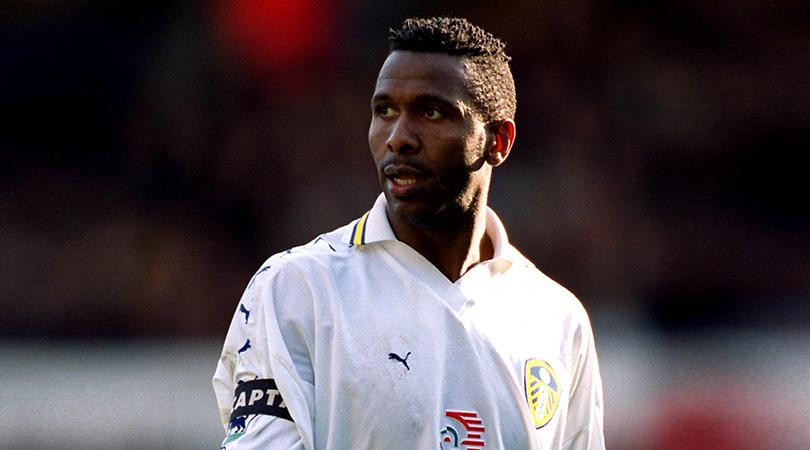 Being tagged as the one of the most loved players in Leeds is not just by luck but a sheer power of domination that the South African superb defender brought to the Eland Road team.

Radebe was one of the most iconic players for Leeds United through the 1990s and early 2000s.

For more than nine years, the quick feet, fastidious, and born leader that emanate from South African was devoted to the Eland Road team and quickly became the center of fan affection due to his superb technicalities off the field.

While he captained the young, vibrant, dominant and youthful Leeds team to the semi final of the most prestigious club competition, UEFA Champions League in 2001.

Radebe was a cool and dominant player that was considered to be among the greatest defenders to ever set foot in the Premier League.

While at his best, Radebe was known as “The Chief” and his influence in the game was unrivaled.

Although, injuries affected the brilliant South African international in the later stage of his career but the defender represented the all-white team on 259 occasions in the league while he commanded respect from all football fans in the league as the symbol of loyalty and bravery.

Lucas Radebe is still cherished by many at Eland Road till date. 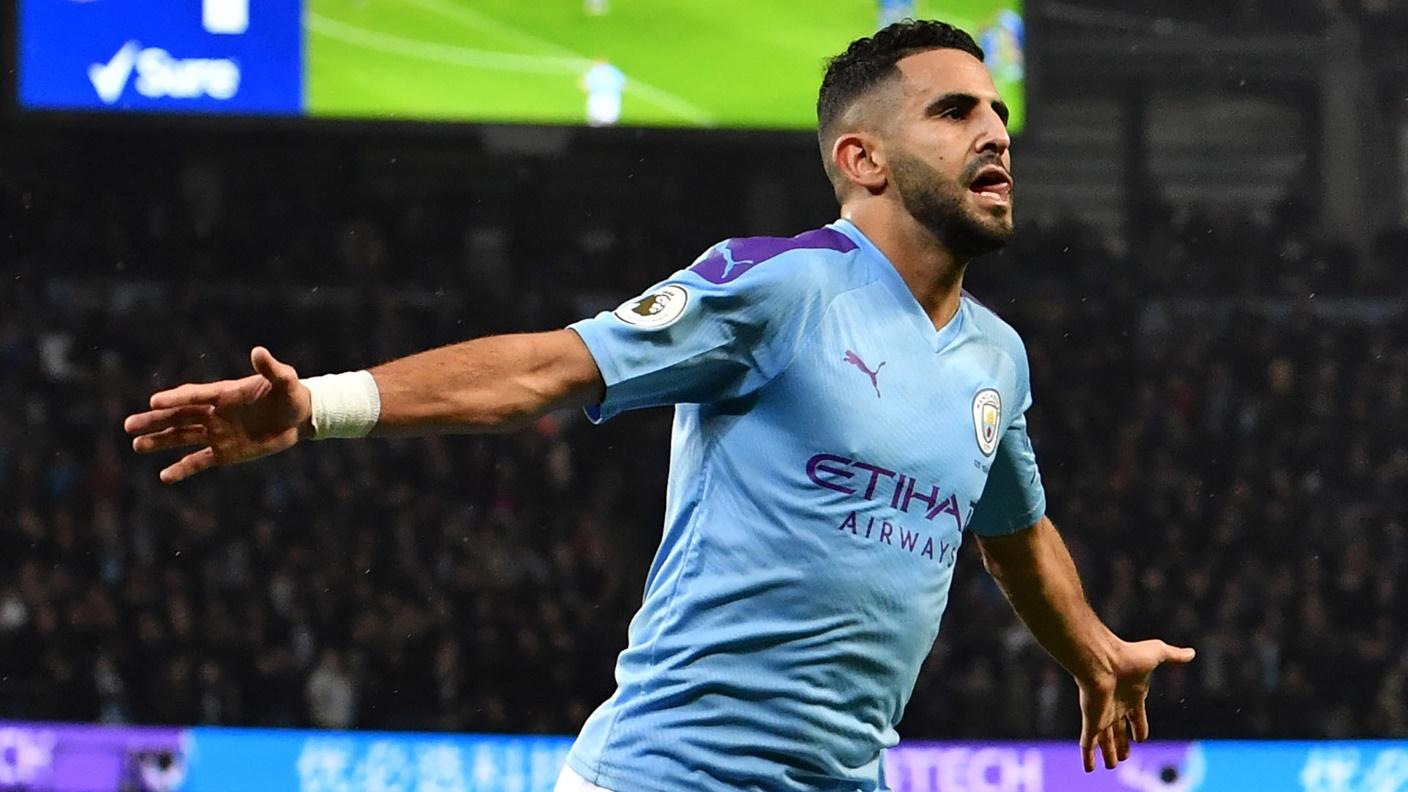 The Algerian international will go down in the history of the Premier League as one of the leading figures that inspires the previously relegated bound Leicester to do mission impossible in 2015/2016, while the king power stadium’s club was the epitome of fairy tale.

The PFA Player of the Year honor was commendable acknowledgment for netting 17 goals in 37 matches en route to their maiden league triumph.

However, with different shape and ambitions, the Algerian international was let down by his body in the following but his next season after that in 2017/18 prior to his move to Etihad Stadium was electrifying just as his Premier League-winning campaign which caught the eye of the Manchester City Spanish boss.

Moreover, since his move to the Etihad Stadium in 2018/2019 season, Mahrez had been finding it so difficult to live up to the expectations at the Etihad Stadium but with his current electrifying form, the Algerian has bundled himself as of the most reliable winger in the league once against while his coach had enough respect for him and his talent’

Riyad Mahrez typically plays as a winger, a role which allows the Algerian international to cut inside and make attempts to shoot with his dominant foot or cross the ball into the box; nonetheless, Mahrez is a flexible striker, who is fit for playing any role at the front, right from the center to the sides of the wings of the attacks.

Mahrez is currently enjoying his game under Guardiola, while he became an outstanding player and Leicester has become a prominent team in the League but it was an inspiration of the Algerian skipper that propelled both parties to greatness.

While the Likes of JayJay Okocha, Samuel Eto’o, Nwankwo Kanu played in Premier League and some actually won something, most especially, the Nigerians, Mahrez get not of been among the greatest African to play in Premier League due to his achievement and his inspiring attribute that led Leicester to their only League success under his belt. 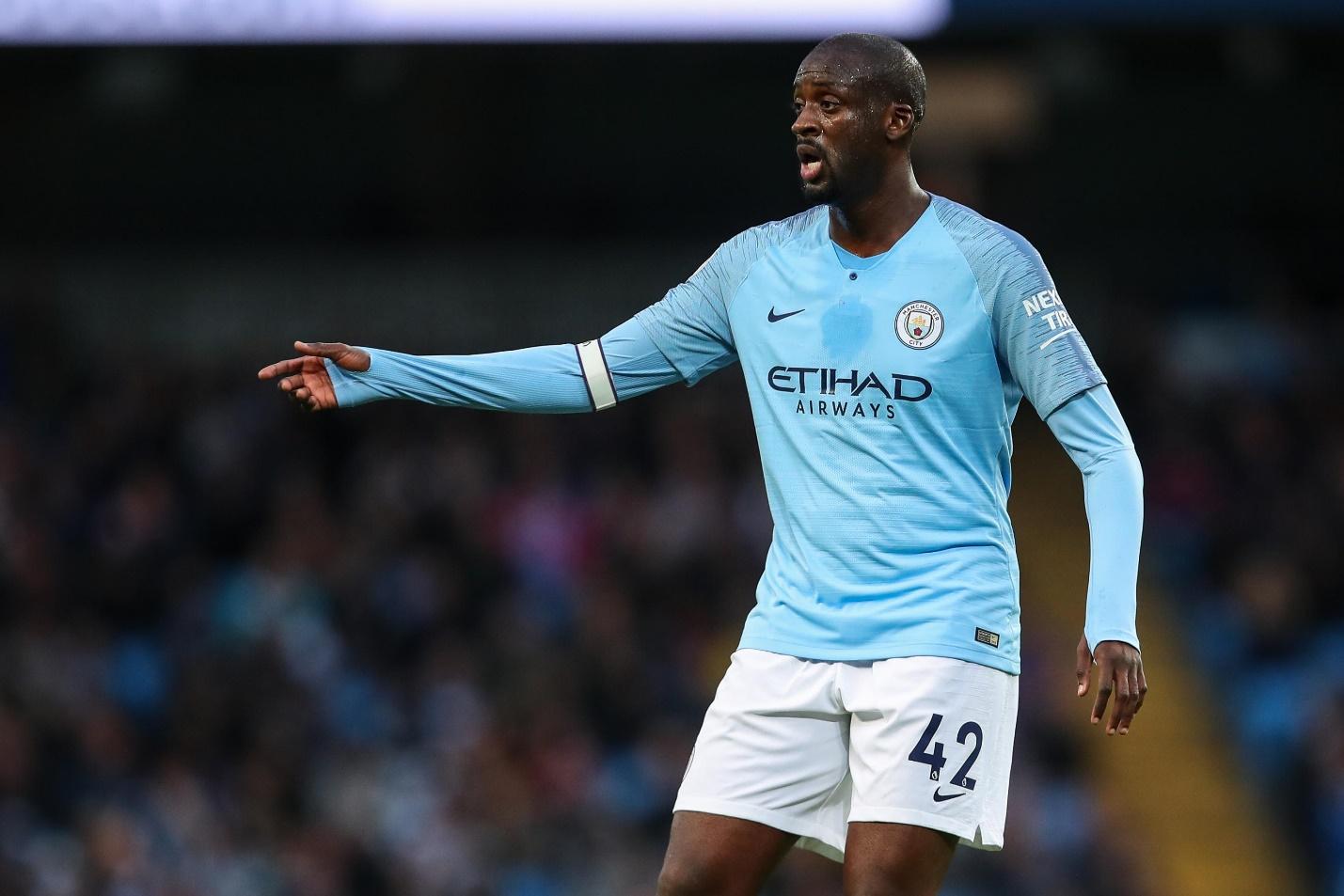 Prior to his move to Manchester City in 2010, the Ivorian has been among the best Midfielders in the world, while his versatility, technicality, quick feet, and physicality is one of the attributes that ensure that the Ivorian had a stellar campaign with the Etihad Stadium’s club in his eight trophy-laden seasons.

Yaya’s presence in Manchester City, coupled with some other beautiful players like Aguero, David Silva and others are era-defining.

While Manchester City are forces they are today, Toure influence will never be finished as one of the players that laid the ground for the current team to establish.

While the Ivorian international had a stellar campaign everywhere he found himself, but it was at the Premier League with Manchester City that he had the best of his career, while he was scoring vital goals during the Citizen’s FA Cup run in 2011 and 2012 which was the backbone of the club in their run to win a silverware for the first time in 35 years

However, his greatest performance during his Premier spell was during the 2013/2014 season, where he managed to net 24 goals, leading

City to a second Premier League trophy after which he was the fulcrum to their first ever in 2012.

yaya Toure might have equally won the third Premier League title in the 2017/2018 season, but his involvement with the team had been greatly diminished, as he was no longer considered an integral member of the team but nonetheless, the technical midfielder is known to be one of the greatest African players in Premier League history. 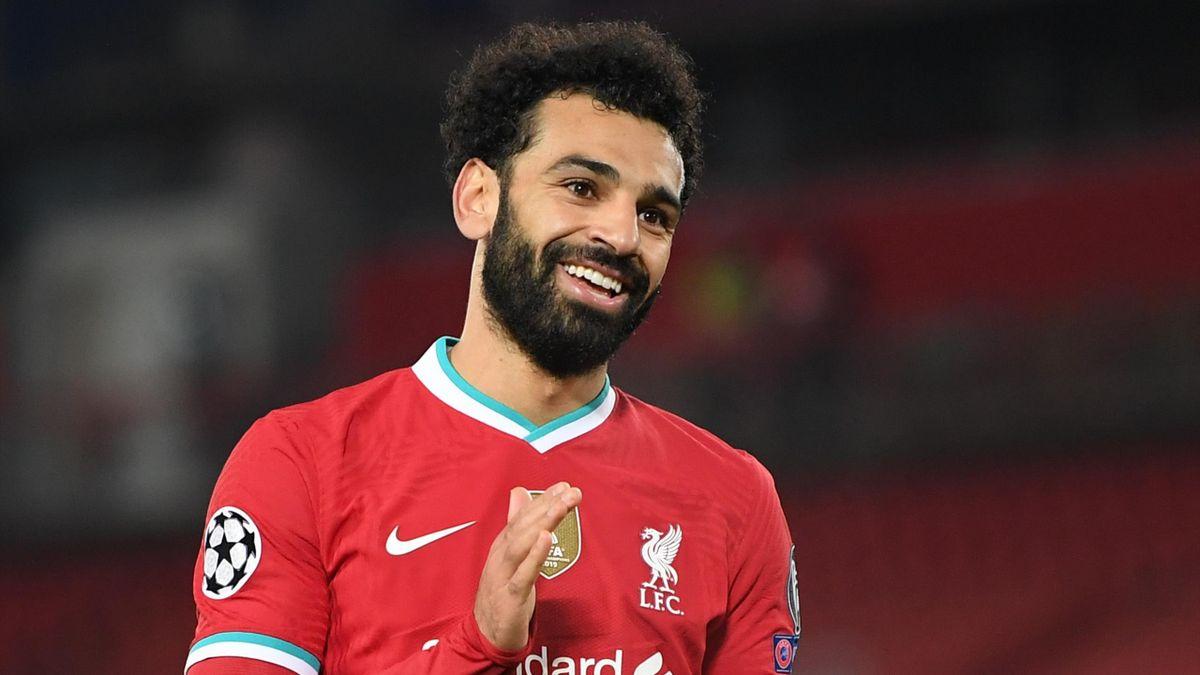 For someone that couldn’t really exert his impact in his first Premier League spell at Chelsea, after which he left with much more difficulty than usual for a player with electric pace and technicality, Mo’ Salah would now look back at his time at Chelsea and feel they never exist.

The player was signed from Basel in January 2014, while he played just 13 games in the league for Chelsea before moving to Serie-A with Fiorentina and Roma and after three good spell of season in Italy, Liverpool was convinced to acquire the Egyptian for £37 million, an unbelievable bargain.

Mo’ Salah rank as his county’s most prolific football player while he helped Liverpool to lift the Champions League and Premier League titles since his move to Anfield in 2017.

But since he joined Liverpool, Salah has scored goals in higher magnitude to make a name for himself as one of the deadliest strikers ever in the Premier League history and among the best players in the world.

More so, the Egyptian mixes intense passing ability with clinical finishing, earning consecutive Golden Boots in his first two campaigns, while he is on the verge of repeating the feat as a three-time golden boot winner in four years Under Jurgen Klopp.

And, in his 149 Premier League games after his move to Melwood park, he has scored 92 goals and provided 32 assists to be another current player who is widely regarded as one of the greatest African players in Premier League history.

Acquired for a bargain of £24 million, in the summer of 2004 from Olympique Marseille, Didier Drogba marked an era like his Ivorian counterpart at Manchester City.

Drogba’s presence in Chelsea was a blessing to the club while his acquisition brought an instant success as Chelsea won the league back-to-back with the FA Cup inclusive, community shield, and league cup also were part of his achievement for the club.

But Drogba was and is largely regarded as one of the all-time best players and one of the greatest African players in Premier League history by the time he left Chelsea after his first spell.

The big Ivorian striker had two successful spell at Chelsea and while he moved to Chelsea in 2014/2015 to win his last Premier League trophy with Chelsea, the Ivorian international won fourteen major silverware at Chelsea with four English super cup, four FA Cup, three league cup and Four Premier league to his name.

No African player has had his achievement in the Premier league in terms of goal scoring and laurels winning capability.

Didier Drogba is ranked among the greatest Premier League players and undoubtedly one of the best talents Africa has ever had, the Ivorian who happened to be one of football’s recent bloomers and a striker whose name is forever carved in Chelsea history.

With 164 goals for the Blues over two spells. Drogba eventually received the title he deserved as Chelsea’s greatest player ever, for he had already obtained four league titles, seven domestic cups, and two Premier League Golden Boot accolades and is regarded as one of the Premier League’s greatest ever African players.