Facebook is by far and away the largest social network on the Internet, bringing together friends, family, and colleagues to discuss in text, images, and video form whatever they feel like every day. But Facebook is apparently changing, and within 5 years the entire social network will consist of video content.

That’s not the prediction of this writer or some social network researcher; it’s the view of Nicola Mendelsohn, Facebook’s vice president for Europe, the Middle East, and Africa. She also believes that Facebook “will be definitely mobile,” which we can only assume means accessed almost exclusively on mobile devices.

Mendelsohn’s claim that most people will be using mobile devices to access Facebook in the near future is the much more believable prediction of the two. Facebook being 100% videos by 2021? I don’t think so.

Video is still a relatively new addition to Facebook, but most certainly a feature that is growing in popularity. Zuckerberg thinks it is important, meaning it’s going to get a lot of attention and resources put behind it. So it will grow rapidly, but I can’t see it replacing images and text. In fact, I doubt Facebook’s management would want that to happen seeing as it owns image sharing service Instagram (although it can also handle video).

Not everything works as a video, and not everyone is comfortable making videos. Sometimes you just want to write, or have a text chat, or post an image of a cat. Video takes longer to create unless we’re talking Vine-length captures, and is much easier to create poorly ultimately meaning it doesn’t get posted.

Mendelsohn says the amount of text appearing on Facebook is declining every year while video grows and virtual reality is coming. On those points I’m sure she’s correct, but by 2021 I expect plenty of the billion+ people using Facebook to still be tapping out sentences of text and sharing them with their little community of followers. 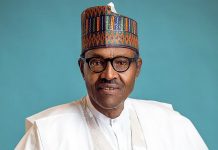