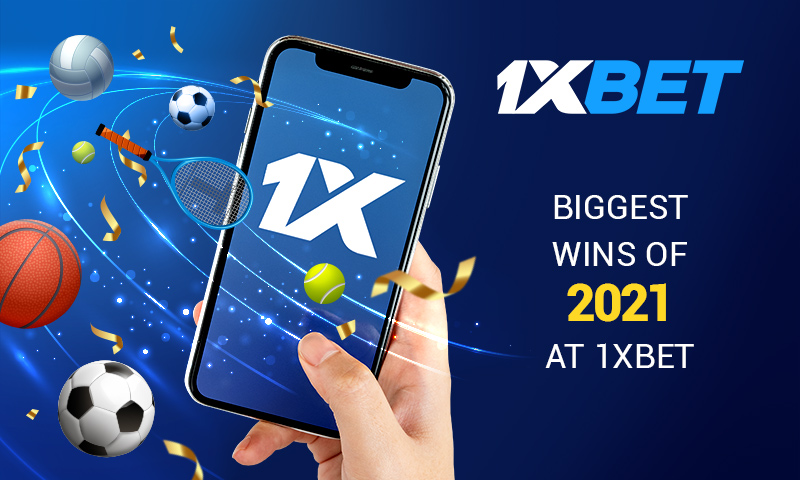 2021 was a tough year for many. But even in the most challenging moments, it’s important to see the light ahead, not be discouraged, and believe in good luck.

All the more so because in 2021, there were some shining examples of people who bet on themselves and gained a handsome reward.

Tremendous success came to three 1xBet players who achieved astronomical winnings, using their knowledge and intuition in predicting sports events. Each of these stories deserves to be told because these players are real heroes.

A lucky man from Kazakhstan won more than 2 million dollars

It all started with an April win by a Kazakh 1xBet player named Mukhazhan. He managed to place a successful accumulator of 44 events which brought him a win of over $2 million.

It is commendable that the first thing the Kazakhstan resident did with his winnings was to help animals by paying the debts of local veterinary clinics.

Social responsibility, which manifests itself in the desire to help others, is not a guarantee of success but a frequent companion.

The next player who got lucky in a big way was Alexander, who wagered during the Euro 2020 playoffs in June.

His example proves that you don’t have to build a long chain of events to pull off a big win. Alexander bet 950 rubles on just two events – the 3-3 draws in regulation time for Croatia vs Spain and France vs Switzerland.

The total odds of the express was 9191, and the winnings received by the fan amounted to 8 million 700 thousand rubles.

Even though that night there were many sad French and Croatian fans (both World Cup finalists had high hopes), there was one man that was definitely ecstatic.

The third massive winner was Ulan-Ude resident Bayir, who wagered 100,000 rubles on a 15-event express in December 2021.

The final odds of over 95 and the winnings of more than 9 and a half million rubles cannot fail to impress.

Unlike the other two players, Bair bet not only on soccer but also on hockey – KHL and MHL games. As the player himself said, he chose 1xBet because the odds there are higher than those of other bookmakers. Plus, betting in the application can be done as comfortably and quickly as possible.

Once upon a time, the great mathematician Euclid answered a request from King Ptolemy. The monarch asked if the renowned intellectual could teach him the sciences as quickly as possible, to which Euclid replied, “There is no royal road to geometry”.

There are also no royal roads to successful betting either. The strategy that leads to victories can be absolutely any – betting on soccer or on different sports, a small number of events in a coupon or a long express.

And the bets themselves can be made in the application or on the company website – it all depends on the player’s desire.

The most important thing is to have this desire. And optimal conditions for its realization are always available to those who have registered on 1xBet.

So join the vast number of players of a reliable bookmaker if you haven’t done it yet – and who knows, maybe at the beginning of 2023, you will be the heroes of another inspirational article!