Even though most women in their childbearing years menstruate every month, chances are still a few things about your period that you didn’t know.

1. Girls Are Getting Their Periods Younger

It seems that where the average menstrual age for girls used to be 13 or 14 years old, girls are getting their periods younger.

In 2014, the average American female begins menstruation at age 12, which may be caused by a combination of changing diets, environmental stress, and earlier rates of puberty.

However, if you’re like me, I was surprised at age 10 by my period; whereas I had friends who waited until the age of 18 to menstruate for the first time.

Just like various factors cause the beginning of menstruation, the regularity of your period is equally different for every woman, at various times of life.

Irregular menstruation can result in spots, a late period, a lengthy period, or missing a period altogether. And it can be spurred by everything from stress and diet to weight loss/gain or taking certain medications.

During the average period duration, a woman will commonly emit 2 to 4 tablespoons of blood in total.

While it may seem like much more due to water retention, most women do not actually suffer an excess loss of blood because of “heavy flow.”

Menstruation gets dubbed some pretty creative monikers. You may choose an alternative name to save your coworkers or your spouse embarrassment without meaning to come up with such hilarious code names.

What are the most popular in North America? Among them is Shark Week, Crimson Tide, the rag, TTOM (or that time of the month), and of course good old Aunt Flo.

If you think women are bashful about their periods in North America, consider how much harder women have it in other countries.

Menstruation is considered so unclean in certain parts of rural India and in certain Islamic cultures, women are not permitted to prepare food or perform religious duties when menstruating.

6. There Are Plenty of Eggs in Your Basket

When it comes to counting the eggs in your preverbal basket—believe me, you are born with more than you’ll need.

The average female is born with roughly 2-million, eggs at her disposal. By the time she hits puberty that number decreases to around 40,000. However, you’ll only ever release 500 eggs in a lifetime so don’t fear a shortage.

7. You’re Sexier When You Ovulate

One study from the Psychological Science journal discovered that men’s testosterone levels soared when they caught a whiff of clothing worn by ovulating women vs. experiencing lower levels of testosterone when sniffing the clothes of non-ovulating women.

This suggests a male biological urge to mate with women at their most fertile.

If you’re a woman who works or lives with other women you know what I mean by the term “Alfa chick”—it refers to the woman who syncs up all other women to the same period start time so all women in the group menstruate at the same time.

So is the Alfa chick real or myth? Even though research is still inconclusive, if you get your period at the same time as your sister or BFF it certainly seems real.

Did you know that women are most fertile directly before a period? The reason is ovulation, which is the release of an egg from your ovary.

Ovulation is what couples trying to conceive will track using an ovulation calculator to predict optimal times to have intercourse in order to successfully get pregnant.

This means if you have unprotected sex during your periods, you could get pregnant.

One more factor in favor of intercourse during a period is caused by hormone fluxions. During menstruation, progesterone (the libido diminishing hormone) is at it’s lowest, so it’s quite common to be amorous and crave intimacy during this time frame. 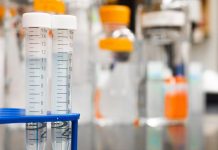 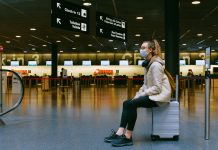 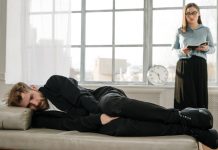